This blog post is the background section from our paper (I, Michael Green, Gabriella Barros, and Julian Togelius). The paper proposes the problem of tutorial generation for games, i.e. to generate tutorials which can teach players to play games, as an AI problem. The background of the paper talks about the history of tutorials and their different types. I hope this post will help developers and designers to design better tutorials for their games.

Tutorials are the first interactions players encounter in a game. They help players understand game rules and, ultimately, learn how to play with them. In the game industry, developers experimented with different tutorial formats [1]. In the arcade era, when most games were meant to be picked up and played quickly, they either had very simple mechanics, or they contained mechanics that players could relate to: “Press right to move”, “Press up to jump”, and so on. As a result, these games usually lacked a formal tutorial. As their complexity increased and home consoles started to explode in popularity, formal tutorials became more common.

Some game developers tried using an active learning approach which was optimized for players that learn through experimentation and exploring carefully designed levels. Games like Megaman X (Capcom, 1993) follow this approach. Other developers relied on old-school techniques, teaching the player everything before they could play the game, such as in Heart of Iron 3 (Paradox Interactive, 2009). While one cannot argue that one technique is always superior to another, different techniques suit different audiences and/or games [2] [3] [4].

Tutorials have evolved significantly over time, from the simple directive of Pong (“Avoid missing the ball for highscore”) to the exquisitely detailed in-game database of Civilization [1]. Suddaby describes multiple types of tutorials [5], from none at all to thematically relevant contextual lessons, where the tutorial is ingrained within the game environment.

Tutorial types are related to the different learning capabilities of the users who play them. Sheri Graner Ray (2010) discusses different knowledge acquisition styles in addition to traditional learning styles: Explorative Acquisition and Modeling Acquisition. The first style incorporates a childlike curiosity and “learning by doing”, whereas the second is about knowing how to do something before doing it. We can define at least two distinct tutorial styles from this, one being exploratory during gameplay and the other being more instructional before the game even begins.

Williams suggests that active learning tutorials, which stress player engagement and participation with the skills being learned, may be ineffective when the player never has an isolated place to practice a particularly complex skill [3]. In fact, Williams argues that some active learning tutorials actually ruin the entire game experience for the player because of this reason. According to Andersen et al., the effectiveness of tutorials on gameplay depends on how complex a game is to begin with [2], and sometimes are not useful at all. Game mechanics that are simple enough to be discovered using experimental methods may not require a tutorial to explain them. From these two sources, we find our first two boundaries for tutorial generation: there exists mechanics that are too simple to be taught in a tutorial, and there are mechanics complex enough that they may need to be practiced in a well-designed environment to hone.

In general, a game developer would want to use the most suitable tutorial style for their game. For that purpose, they must understand different dimensions/factors that affect the tutorial design process and outcome. Andersen et al. [2] measured how game complexity affects the perceived outcome of tutorials. In their study, they defined 4 dimensions of tutorial classification: 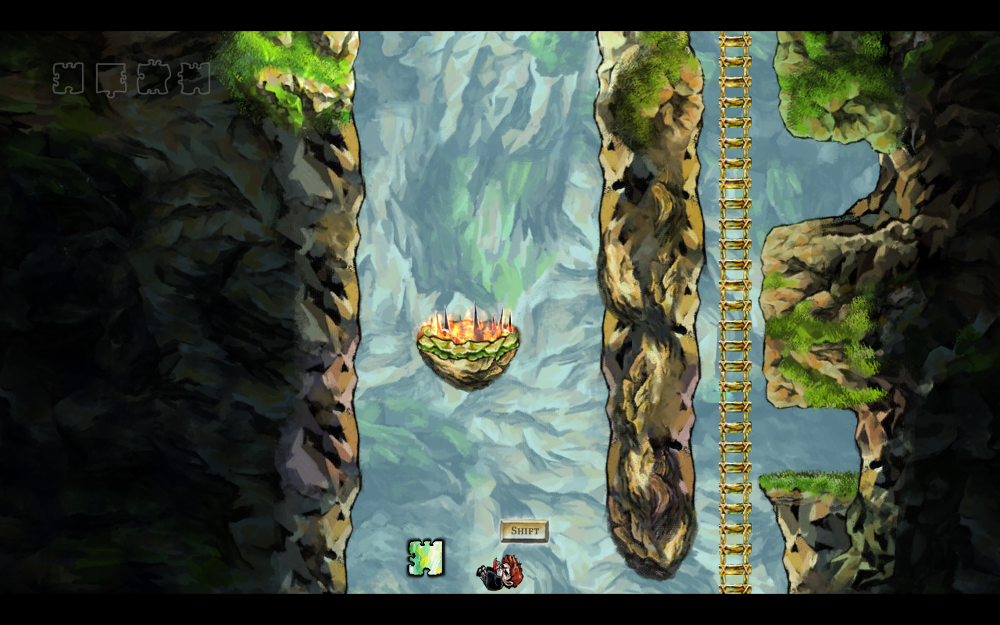 The classification proposed by Andersen et al. is binary. However, it is useful to see tutorials situated on a continuum between these extremes, as this allows us to gain a more nuanced understanding of game tutorials. For example: The above figure shows the tutorial in Braid (Number None, Inc, 2008) for a time rewinding mechanic. The tutorial only appears based on a certain event, i.e. the player’s death. Players will not know about the mechanic until their first death. Instead of having the tutorial available at anytime or showing how to use the mechanic at the beginning, the developer reveals it when it is first necessary.

Sampling this space and comparing it with current game tutorials, we can find patterns repeated in multiple games. We can highlight the following tutorial types, which are not the only tutorials present in the space, but appear to be the most common ones: 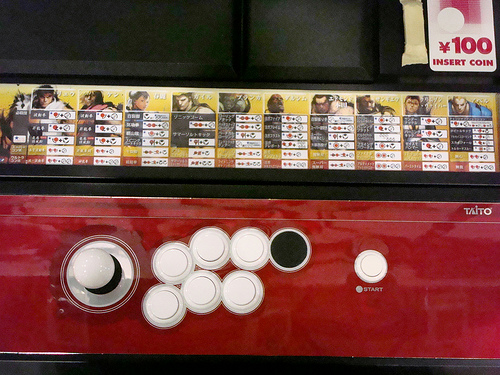 A game can have more than a single tutorial type from the previous list. Arcade games used demos and instructions to both catch the attention of the player and help them learn it. The demos help to attract more players, while simultaneously teaching them how to play. On the other hand, showing an information screen before the game start, such as in Pacman (BANDAI NAMCO, 1980), or displaying instructions on the arcade cabin, frequently seen in fighting games, helps the player understand the game and become invested in it. The above figure shows Street Fighters arcade cabinet where different characters combos and moves are written on it. Megaman X uses a carefully designed level to teach the player what to do, but still gives an example of the powershot attack if the player missed it.

[1] Therrien, C. 2011. "To get help, please press x" the rise of the assistance paradigm in video game design. In DiGRA Conference.