CBT in Games: How Games Can Change the Way We Think


Cognitive Behavioural Therapy (CBT) is the process of changing peopleâs thought patterns, often to create more positive reactions to difficult situations. It is commonly used in therapy to help people change their outlook on life and to help them get through hard times. For example, a patient (letâs call him Mario) is seeing a therapist because he has an unhealthy attitude towards relationships. Mario has been seeing the same woman on and off for years, but each time they get together he loses her again which has left Mario feeling very insecure and negative about the future of their relationship. Due to the repetition of this behaviour Mario has adopted a very negative thought process in association with the situation: âShe will just leave me again. I am not worthy of her. To prove my worth I will need to complete a series of skill based challenges which for some reason involve a lot of jumpingâ. This negative thought process is a learnt behaviour pattern due to the repetitive nature of the situation, something which Mario would like to change with the help of his therapist. This is where Cognitive Behavioural Therapy comes in. CBT is the process of changing thoughts to learn new ways of thinking. This needs repetition, perseverance and practice over time, but can be successful and has given many people who are suffering from depression and phobias a new outlook on their lives. This is great and everything, but havenât games been doing this from day 1? In fact games could arguably be one of the biggest influences in changing the way we think. Â Â Â Â
Â
Hey, I learned something today!
Â
Positive Example 1: Rayman Origins and the lesson of âPersistence Pays Offâ
In the last few years I have not had any game wring the words âjust one more tryâ out of me so often as Rayman origins did. It was a wonderful example of âfun failingâ, as failure would directly result in learning to âavoid that enemyâ or âjump at that momentâ which created a brilliant feeling of accomplishment. This is the type of thought process that, through repetition, can be learnt in a response to failure, and one that would have a positive impact in the real world.
Â 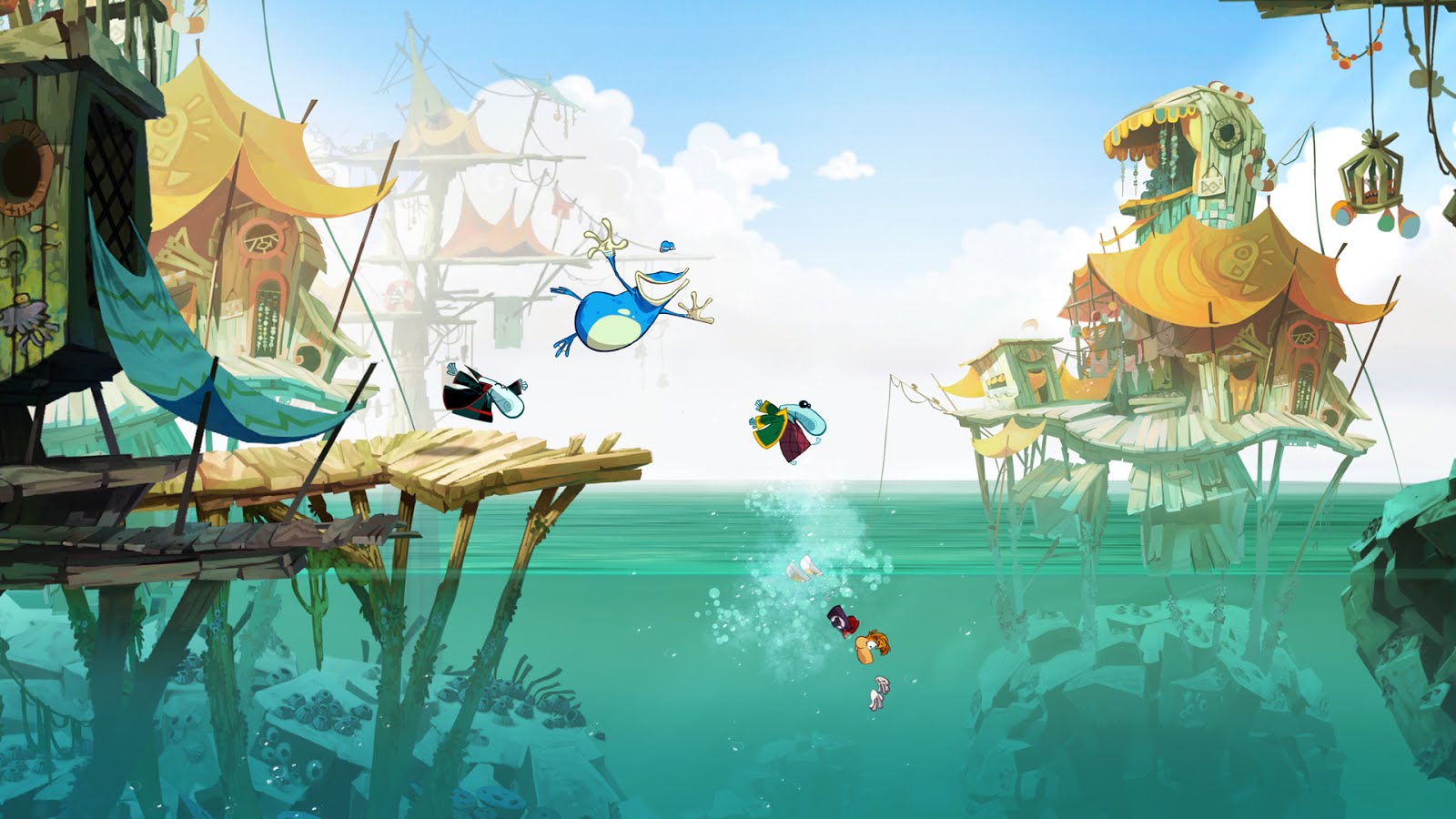 Â
Positive Example 2: Professor Layton and the lesson of âThinking Things Throughâ
The puzzles in the Professor Layton games are designed in a way that creates the feeling that all of them can be solved eventually, they just need some time and a bit of work. The fact that time-limit is not a factor in completing a puzzle presents the opinion that taking the time to do something properly is much better than doing something rushed and messy. This is proven in the careful design of the puzzles, which if you ever have tried to solve too quickly often results - at least in my experience - in a wrong answer and a very sad Professor Layton (which nobody wants). The puzzles therefore promote this sense of thinking things through properly before you speak, act and react. A very valuable lesson not just in games but in life as well. 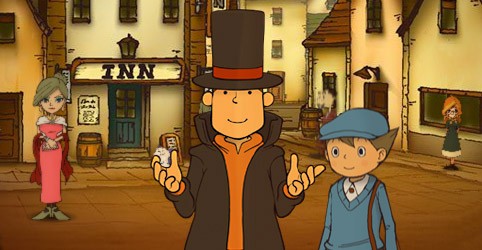 There are many examples of how games can positively change thought processes but it would be naive to ignore the fact that by letting in the good you sometimes have to let in the bad as well, and if games have the power to positively change thoughts then they have the power to negatively change them as well. Â Â Â
Â
Negative Example 1: The Legend of Zelda and the lesson of âGood Always Defeats Evilâ
Sometimes games provide us with an unrealistic expectation of the world, such as good will always win as long as you fight hard enough. This is not the case and the need to âpick your battles carefullyâ is much more appropriate for the real world than it is in a game context. Good does not always defeat evil and bad things happen to good people and vice versa. Both films and games provide a warped version of the world as we see it, that people are always athletic and beautiful, relationships are like hollywood romances and everyone lives âhappily ever afterâ. It is easy to see why games are addictive when the world they portray is much more comfortable than the one we live in, but it is not necessarily a good lesson to adopt. 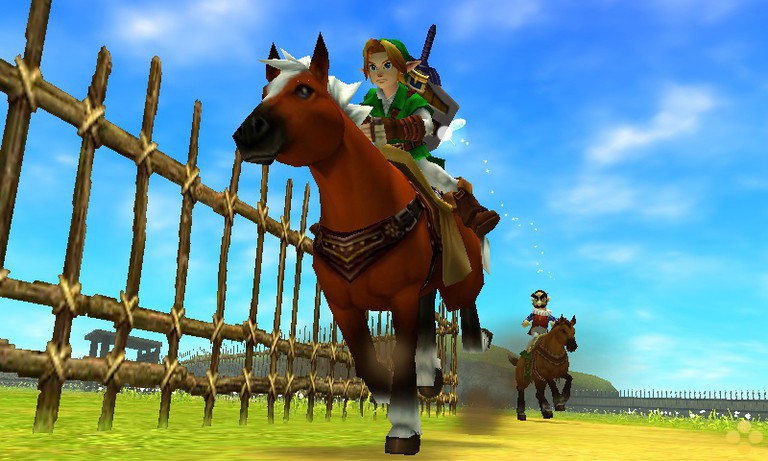 Negative Example 2: Almost every game ever and the lesson of âAchievement Recognitionâ
One of the great things about games is that nothing you do ever goes unnoticed. There is constant feedback and consequences for every action and you manage to build up this strong relationship of input and output. It is wonderfully reinforcing to see your impact and influence on the world, real and virtual, as it helps confirm our own existence. This is why we like to make footprints in newly fallen snow, why we grow plants for leisure, or why we sign up to social media platforms like Facebook and Twitter. It is nice to hold up a mirror of yourself and have others project a reflection back at you. Unfortunately achievements have got to a point where you earn one for nearly everything - particularly in social games - and this undermines the value of real tasks and gives us an unrealistic expectation of achievements in the real world. In life not all the hard work you do goes noticed and unfortunately game achievements just seem to emphasise this fact. Â

Whereâs the line?
As shown above games have a lot to teach us, but are these lessons actually life lessons? And how do we define the boundaries between virtual and reality so that we know how to use them out of context? Obviously there are some lessons that will naturally transpose into life and some which are strictly learned in context of a game world. For example, I assume that in the real world gamers donât go and investigate every shiny thing that catches their eye as they are walking around the streets, in the expectancy that it will result in some kind of fantastic treasure. I also assume they donât go around tapping shifty looking walls, listening for an echo as an indication of secret chambers. This means that there must be 2 levels of lessons learned in games; the primary (literal); and the secondary (subconscious). The primary will be lessons that are learned strictly in context to the game, and secondary will be underlying lessons which inadvertently get taken through to the real world. Where the boundaries are I cannot say as it is so specific to people and cultures that is must surely be a huge spectrum, but I do believe that we as designers are not always aware of the lessons we are teaching our players. Â

With great power comes....
As we can see games have the power to change how people think with a mixture of repetition, perseverance and practice over time. This is very similar to the processes used in Cognitive Behavioural Therapy, so imagine the possibilities of what we could achieve by consciously using this method. Addicts could play games to help them with their cravings; people with crippling phobias can learn not to be afraid of their fears; or just everyday people can learn to be a bit more positive and a little bit less negative. But at the same time games can teach us unwelcome lessons as well. With the current industry highlight on the relationship of games to violence it would be naive to present this theory without saying âYes it is possible that someone could learn through games that shooting someone is rewardingâ. However, this would rely heavily on the individual not being able to distinguish between game context and real life and as stated above it is not clear where those boundaries lie. But I do feel that we as designers need to take responsibility of the lessons that we teach in games and how they could affect and change the way a player will think, and make sure that it is always beneficial as opposed to damaging. Â Â Â Â

Conclusion
Games are an incredibly powerful tool and like all powerful tools they can be used for both good and bad. I have already discussed in a previous article how games have the potential to help people suffering from depression, but they could potentially do much more than this. Games could be one of the greatest therapy tools in this modern age. People are already playing games because it is âtherapeuticâ, or because it helps them when they are sad/angry/stressed/all of the above. All we would have to do is be a little bit more conscientious of the lessons we are teaching players and games really could change the way people think for the better. Â