Today, instead of talking about the dev of my indie games, I want to share a thought I had.

I discovered Resident Evil through RE5 on my XBOX360 in coop with a very patient friend (and fan) a few years ago. And I loved it by the way. It is only recently that I played the very first Resident Evil Remastered on my PS4 (with Jill, because I fell for her when she appeared in RE5).

And here comes the subject of this post: after my first run as Jill, I replayed RE1 right away with Chris. And after that, RE7 came and I drilled through it several times, unlocking all cheevos without ever feeling bored.

As a game designer, I asked myself: how come I can and want to play these games again and again?

So, what I'm going to do is give some clues for what I think is important and then, I'll explain where I believe the key to the replay value of these 2 Resident Evil is.

A lazy answer:
Some will say Resident Evil is a delicate mixture of story, universe, characters and exploration that has a "I don't know what" that make it stands out. Like Star Wars.

I won't accept this.

But I want to get rid of the obvious right away: yes characters matters, yes story matters, yes to all this. But what I want to talk about is the game mechanics, not what gravitates around them.

My first clue:
I read the excellent book "Game Design Theory: A New Philosophy for Understanding Games" by Keith Burgun a few years ago and I really liked his approach. One conclusion I took from it is that a game is defined by its mechanics, not by its story.
For me, great games like Until Dawn and Heavy Rain would not work if their story was not supported by appropriate and efficient game mechanics (mostly QTE in this instance) that are fun to use. In short, you take away the QTE, you still have a good story, but not a game. And, to be honnest, I'm not sure the story will feel so good without the QTE the game designers chose. My second clue:
Reward the player. You are rewarded for playing RE multiple times with bonus and unlockables. This helps but I don't think this is it. I replayed RE1 for the pleasure personnaly.

My third clue:
Make the player feel good. I mean feeling good at the game (skilled) or feel smart.

The Resident Evil Mixture:
For me RE1 and RE7 (and maybe RE2, 3 and 0?) are devided in 2 axes: exploration/puzzle and action/fight. This is important because this is the foundation upon which I explain where the replay value is.

The First playthrough:
In your first playthrough, you will focus on solving puzzles and you will try to remember where is what so you can come back later to that clock or that room. From time to time, you will fight but this is not what will take most of your time. 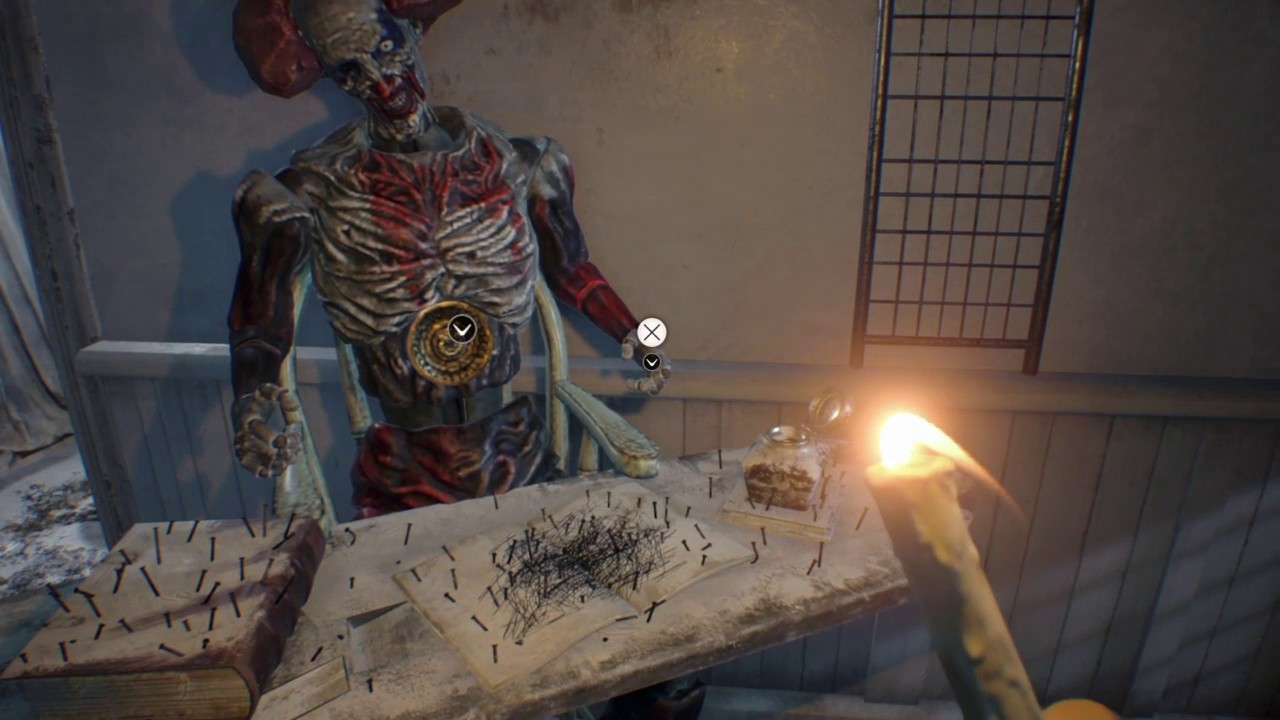 Now, at the end of your first playthrough, you will be rewarded with costumes or boosts that will encourage you to try again with a new strategy. In RE1, you can also play with a different character altogether so it makes sense to play again.

Finally, in both games, you have, at least one choice that will impact the ending. In RE1 especially, you get different endings depending on your ability to free Chris/Jill, save Rebecca, save Barry, etc... So you are encouraged to play again, to play better.

The second playthrough:
You know the puzzles now, but there are so many... How can you remember all these rooms in the mansion? How can you pass the happy birthday room in 5 minutes? How can you get the shotgun? Where are the reperation kits? Where is this hidden room behind the glass... What! Chris doesn't have a lockpick?

The second playthrough makes the player feel smart because he either:
- remember some (maybe all?) puzzles
- find new items or quicker ways to solve puzzles

And now, you also have a pretty good ideas of the amount of enemies you are going to face, so you can manage your inventory efficiently. You feel smart for that too.

Finally, you know the bosses weaknesses and strategies so you can deal with them much more quickly with zero or a few retries! You start to feel skilled too!

For RE1, this is also when I realized there was a "bad ending". So...I had to do it all over again to get the good Chris ending!

The third playthrough:
Chances are that you will increase the difficulty at this point if you haven't already...

Now, the mansion or the house starts to feel very familiar, you immidiately know where the first key is, you may even know how to skip a fight... But now that the difficulty has increased, you can save less so you start to build strategies to be more efficient and to save your ribbons and cassettes. "If I rush to grab the key, Jack will come after me, but if I'm quick, I can get in the basement before I get hurt", "should I fight the dog before I save?", "I think I can grab the partition without fighting...?", "I don't need the wooden plaque". 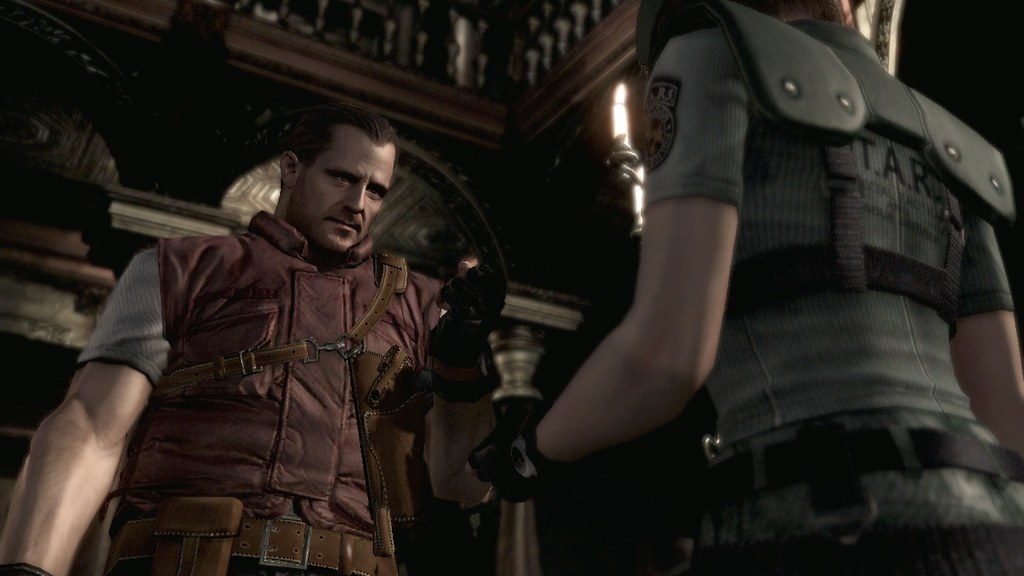 The game is no longer about solving puzzle, it's about strategies. You place your bet on your very own skills! Some fights are no longer a challenge for your survival, but they become a challenge to save herbs or cassettes. Slowly, the focus of the game has shifted from the puzzle to the fights.

The others playthroughs:
Over time, what took most of your play time (the puzzles) has become a trivial matter. Playthough after playthrough, you know the answers by heart, you know everything and the focus has now shifted to the combats. To save time, you anticipate the coming encounters, and equip the correct items in the save room for the next 30 minutes instead of the next 5.

Somehow, a new form of puzzle is emerging: how can I manage my inventory to save time and ribbons.

You start to create your own difficulty but not for a sadistic pleasure, no, you do this because it makes you feel smart and skilled! The mansion/house is becoming the proving ground of your brain and combat skills.

In short:
As I said, I believe these 2 games are separated in 2 axes: puzzles and fights.

I think most of the replay value of RE comes from the fact that, playthrough after playthrough, the focus on one axe is replaced by the focus on the other. And this transition rewards the player by making him feel smart and skilled. 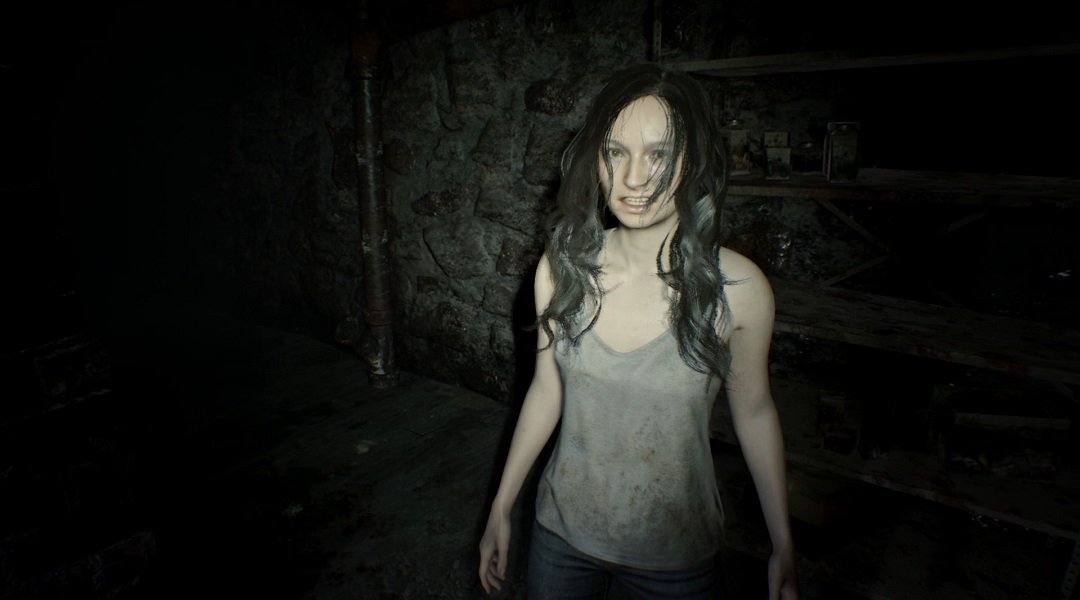 You feel smart because you show you have a good memory by remembering where everything is and solving the puzzles quickly and by managing your resources intelligently.

You feel skilled by mastering the controls and dealing with the bosses quickly and efficiently and going less and less to the save room.

At the end of most playthrough, there is a reward: a new ending, an unlockable, a costume or a new difficulty, but over time, your reward will be the feeling of satisfaction for having beaten the game yet again in a new and efficient way!