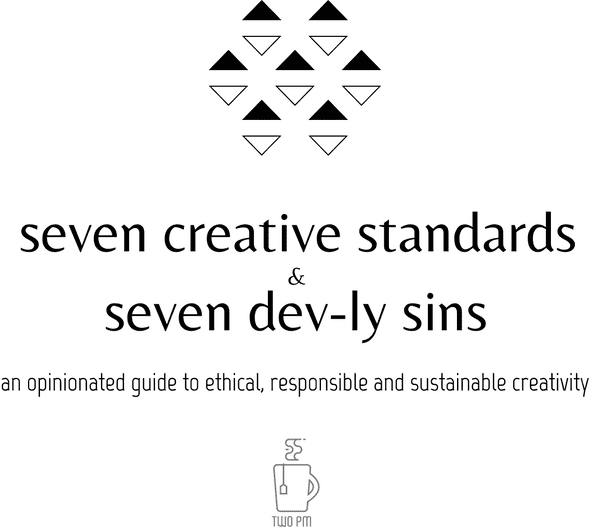 This is part three of our series “Seven Creative Standards and Seven Dev-ly Sins.” You can read the rest of the series here or learn more about us at twopm.studio/about.

In this entry I’d like to dig a little deeper into what we as creators should aim to get out of the process. Given how hard I’ve pushed for ethical creative expression you might think I’m opposed to using creativity egocentrically. The truth is quite the opposite, I personally doubt that the thrill of creation is an adequate reward for long term creativity.

A project should create value for both its creator and the audience. This is typically in the form of financial compensation which lets creators dedicate more time and effort to their work. Value for the creator can also take many others forms, such as pride in touching other people’s lives, building relationships with their audience or new opportunities being presented to them. Even if we’re loving every moment of creating (unlikely) why not gain something along the way? It’s sometimes a hard pill to swallow but there isn’t anything wrong with benefiting yourself, so long as this isn’t at the expense of your audience.

This is our Third Dev-ly Sin: Worthless Effort. The constant complaint that drives people to quit their jobs, abandon projects or careers and pursue other interests is that their effort is expended in areas about which they do not care, areas that they gain no benefit from working in.

Even if you can see the immense value you can create for others and for yourself, it doesn’t mean a project is the best choice for you to undertake personally. If the world needs something, you can only provide it if you have the skill to do so. If you want to be creatively fulfilled, you can only do so when the process of creating excites and motivates you. Some people can be continually excited about helping others or personal wealth but I think you would find these people just have a knack of finding excitement in where they are.

Crucially the focus here is on long-term continuous work. You will see people push out projects quickly to test their ideas and these rules just don’t seem to apply. When you find yourself on year two of a project suddenly everything changes. You begin to question why you even set out in the first place, are you even the same person who started this project? Is it even the same project?

You might be tempted from the above argument to make harsh, sweeping statements. For some people, the idea of demanding benefit from your work is so alien as to be offensive. Certainly you need to have a clear idea of the value of your work and judge your demands from this, but the overwhelming theme (at the time of writing) is for creators to undervalue themselves. For established creators, recognise your value For those starting out, consider the many ways to benefit as a creator. To neglect any of them is, in our opinion, a misstep:

Asking yourself truthfully which of these options (or any other) motivate you most is a powerful tool. Your overall goals will serve as your willpower in the most difficult of creative slumps, even if you keep adjusting them as you go. Remember to always match your effort to your enthusiasm. If nothing excites you more than helping other people make their day-to-day lives easier then you would be foolish to have your primary focus be on building a fan base. People are smart; they can tell when you don’t care about what you’re saying or doing.

You can see this clearly in the poorest examples of social media influencers. They are focusing on gaining influence and making money primarily but they attempt to give the impression that they care about helping their audience. Faking this motivation is transparent to the audience and more importantly you will eventually burn out forcing yourself to act this way.

Conversely the best influencers and marketers genuinely care about their audience and as such they struggle far less to maintain and grow a fan base — despite the fact it’s not even their core motivation.

So, it’s important to really dig in here. On some level I think we all want to earn money from our work and gain fans. Even if that’s just so that we can spend more time doing it! In fact I would imagine the majority of creative get started because of these goals. Over the longer term some benefits hold up better than others. After all, what happens when you actually get rich and famous? Do you just give up? Do you keep pushing your arbitrary success numbers higher and higher?

Constantly questioning yourself and re-evaluating the point of it all is a critical aspect of the creative process. Nothing is more crushing than waking up years into a project and realising you just don’t care about the project anymore. 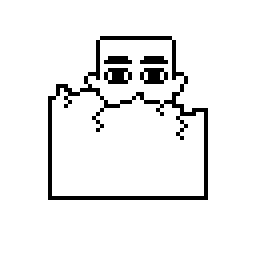 It’s a nice start I guess… But I’m really passionate about sculpting dogs, not people.

This is only a short primer on a much longer topic, but regardless on where you stand on the “right” amount of benefit for a creator to demand, we must reject the idea of creative work deserving no compensation. From the creator perspective, be determined to adhere to The Third Standard:

Allocate energy, effort, time and money to areas consistent with your own values and skills. Understanding your own strengths, weaknesses, goals and values allows you to find a place where you can work to your best. Insist on appropriate compensation.

This is part three of our series “Seven Creative Standards and Seven Dev-ly Sins.” You can read the rest of the series here here or learn more about us at twopm.studio/about.