Simulation Sickness and VR - What is it, and what can developers and players do to reduce it?


With the Oculus Rift and Project Morpheus somewhere on the horizon for consumers, and the work that Valve is doing, virtual reality (VR) is once again a hot issue for games with all the interest, hype, and business hypothesising that comes along with it.

One often mentioned issue with VR is that some people can feel sick when using it. Indeed, when Sony showed off the Morpheus at GDC this year they warned people if they started to feel sick to let the attendants know and stop playing. In academia this is often referred to as Simulator Sickness (or sometimes âCybersicknessâ, if you want to go all Gibsonian).

Simulator sickness is a real problem for some people when using any simulator, although VR is particularly notorious, likely because of the sensory immersion, latency issues, and the added weight of a headset. Simulator sickness is also an issue that is of particular interest to me given my background working with driving simulators. As such, this article aims to lay out what the current science, that I am aware of, has to say about simulation sickness, what it is, why it occurs, and what developers and players can do about it.

Simulation Sickness is a syndrome, which can result in eyestrain, headaches, problems standing up (postural instability), sweating, disorientation, vertigo, loss of colour to the skin, nausea, and - the most famous effect - vomiting. It is similar in effects to motion sickness, although technically a different thing. Simulation sickness can occur during simulator or VR equipment use and can sometimes persist for hours afterwards.

Furthermore, it is possible to use a simulator/VR set without simulation sickness only to get sick once you return to reality, particularly after extended use. Sailors called this âgetting your land legs backâ in relation to sea sickness, but perhaps we should take the cyberpunk approach and call it âReality Sicknessâ. Also, people who use a simulator or VR for extended periods of time have been reported by some to have simulation sickness âflashbacksâ later. Both of the above factors led the US military, according to some reports, to have a 24 hour ban on flight for any pilots after using a simulator.

One of the big issues with simulation sickness is that it is understudied (and some studies that exist are old, have questionable methodology, or rely on anecdotes), and that there is no universally agreed explanation for why it occurs. As such, the aforementioned ban by the US military may be an over-reaction or it may not.

Why does it occur?

There is no firm agreement on why, but there are a few theories. I will go briefly into them below, but if you are not interested in theorising, and just want to read tips on how to reduce simulator sickness, please do skip to the next section:

This is probably the most dominant theory and simply put says that simulation sickness is caused by a mismatch between what we expect to see and feel and what we are actually seeing and feeling. Basically, this theory says that our body has an expected sensory input (based on past experiences and biology) and if that sensory input is different, for example you are running around in a VR first person game but in real life are sitting on your couch, we can experience simulation sickness.

The supporting evidence for this theory is:

Evidence against this theory:

The next theory is focused on the falling down and feeling dizzy part of simulation sickness and is promoted as an ecological theory that doesnât rely on fluffy cognitive things like âexpectationsâ. This theory says that our body is constantly making small adjustments to not fall over and relies on accurate sensory input to do so. When the sensory input is off the small adjustments also get thrown off resulting in simulator sickness.

Evidence for this theory:

This theory mostly exists because of the last problem with conflict theory and postural instability theory in that the reaction to simulation sickness seems extreme. Poison Theory says that, evolutionarily speaking, one of the only times you will experience sensory input that is different than what you expect, or when you get all dizzy and have problems standing up, is when you have been poisoned. So what is evolutions best trick to get rid of poison? Be sick.

Evidence for this theory:

Evidence against this theory:

Other, lesser known, theories include:

What developers can do to minimise simulation sickness

So, there is no agreement on exactly what causes simulation sickness, and indeed the theories overlap quite a bit, so the likely answer is a mixture of these ideas (plus probably some new ones). But despite not understanding what causes it there are some techniques that research suggests developers can do in games that may reduce its occurrence. Please note, these are only guidelines and may have varying levels of influence depending on the game, the hardware, and the person playing. 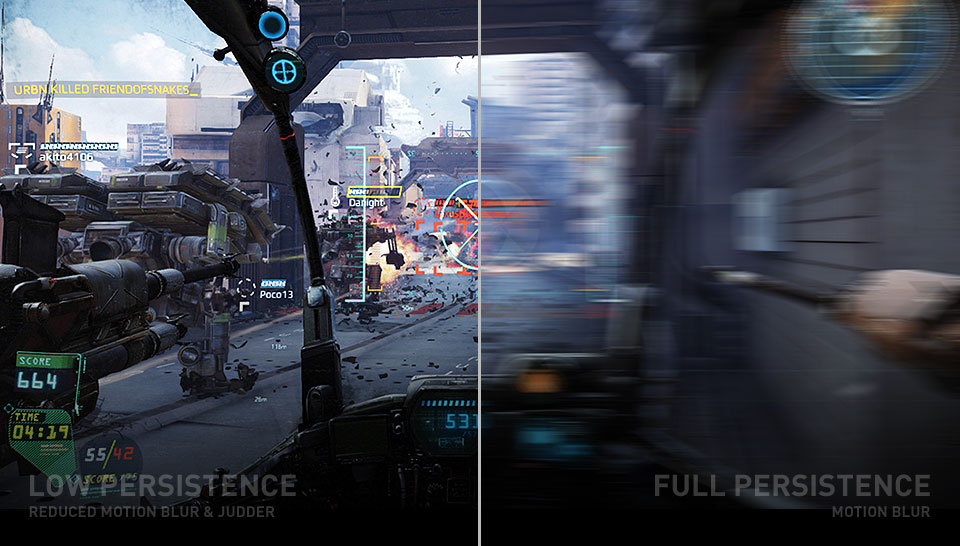 An example of headbob that could be problematic in VRÂ (This GIF was generated from this video,Â which is simply a engine demo and is not showing a VR game)

A proximity flying wingsuit simulator may be out of the question for those who are vulnerable to simulation sickness. Although, the folks who madeÂ Aaaaaaaaa! for the Rift, a base jumping game where surfaces do wizz by,Â say their gameÂ has overcome simulation sickness problems. 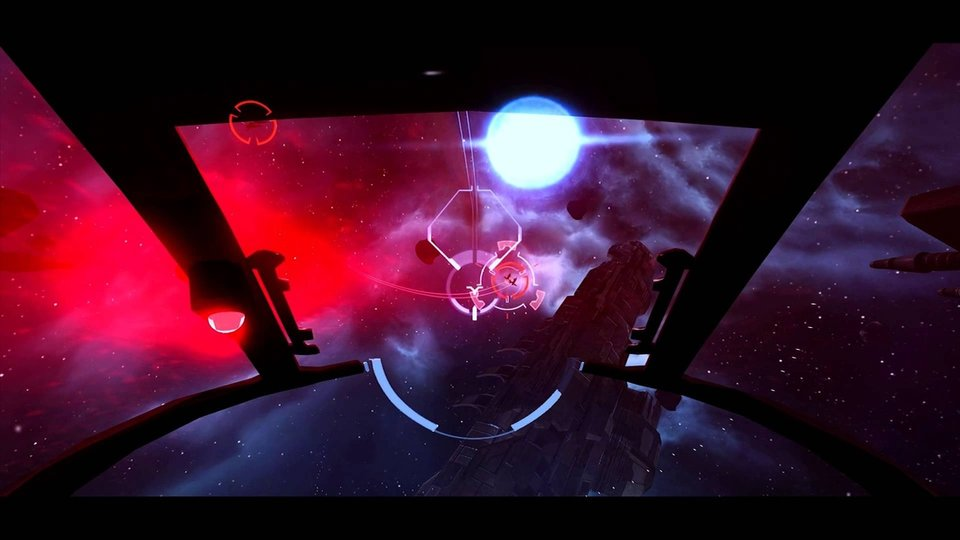 Eve Valkyrie is an example of how a cockpit may be able toÂ somewhatÂ break up the field of view and place the player in a supportive environment.

What players can do to minimise simulations sickness 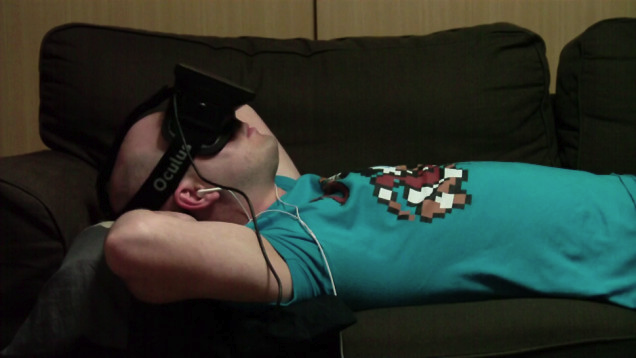 Lying down to play may, in some cases, help reduce simulation sickness (photo credit Kotaku)

Finally, if you happen to get simulator sick, please be careful. Give yourself time to recover and do not do any activities afterward that involve you having to show motor control or maintain your balance. Donât operate heavy machinery or a vehicle for a while after getting sim sick. Just in case.

However, hopefully developers and VR hardware companies will succeed in creating simulation sickness free experiences that mean that players donât need any of the above advice!

Below is a list of some of the academic reports I used in putting together this article. Sadly not all of them are open access and available to the public, but many of the summary articles are (e.g. Bles & Wertheim; Johnson; Kolasinski etal; & Mollenhauser).