Thirteen tips for your next localization


Hi there! I’m Benjamin Glover and I oversaw the localization of Brigador. Having worked as a translator and editor in print, TV, tech and now games over the past decade, I’ve noticed the same mistakes being made over and over again when it comes to localization. I’d like to pass on a few pieces of advice concerning workflow, some technical aspects, as well as explain the merits of localizing your game.

First finalize your game’s text and get an overall word count. This number gives you a very rough idea of how long it will take a translator to finish. Approximately 250 words (or 1800 characters including spaces) is about one hour (or “page”) of work for a translator. If your word count is over 50,000 words – which is more than 200 hours – then you might want to consider finding an additional translator to split the workload. Once you know how much time it will take for translation, double it to account for post-translation editing and QA.

Before diving into development, determine ahead of time that your game will have the ability to translate its text into another language. If you pursue localization after release, then text contained in art assets (for example, graffiti on a wall) will cause a stumbling block because that will entail either producing alternate art assets, which is a large time sink, or creating a way for players to read such elements like through an overlay.

Though it may be a neat marketing tactic to localize your 100,000-word RPG into something like Icelandic, it’s unlikely to win you that many players (and will also cost an enormous sum). What languages to choose heavily depends on your selected platforms and genre. However, if you can only localize into one language, at least make it Simplified Chinese, chiefly because there are simply too many potential players to ignore. In addition, and in no particular order, I would also recommend seeking German, Russian, French, Japanese and Korean translations.

Regardless of how you go about translating your game’s text – through an agency, freelance contractor, your existing community – please note that having multiple translators per language isn’t always beneficial. If the total word count is reasonable, try to limit yourself to one translator (and one editor) per language. It’s common for agencies to boast of fast return times, though this may not be because they have workaholic translators on staff, but instead have farmed the text through multiple people who all work remotely and are each taking a portion of the game text at a time. This method might be fine if your game is very light on text, but if you have heavy focus on a story or “lore”, then it becomes increasingly difficult to keep tone and terminology consistent the more people are involved in a translation.

Translators will often specialize in a particular field, but that doesn’t mean your game’s translator has to have experience in translating software. Anyone who has ever worked on subtitles for a foreign TV show or film will have encountered the same issues found in translating the text of a video game. A literary translator might have a wealth of experience in the same genre your game falls under. If your game already has a strong following, you might be surprised to find highly-capable translators hiding among your community.

Translation isn’t an instant process and will take time. When you contact a translator or agency for the first time, chances are high they’re already in the middle of a project that might be occupying them for weeks or even months. Providing you know well in advance when you need translators to begin work, you are far more likely to get the people you want, so give them plenty of heads-up rather than expect people to start working immediately.

Say you’ve chosen to support a language that doesn’t use the Latin alphabet, such as Chinese. Great – can your game display the language in the program? Does the game’s engine have the required font so that the text can appear as it should, rather than end up as a bunch of empty spaces or broken characters? You have? Great, but have you also checked to see if players can even read it? Be mindful that characters displayed at a certain font size might become blurred or illegible if the font size is changed. This is especially important with character strokes in Asian languages, so be sure to proofread after the language is added.

One of the bugbears for any localization is finding out your text doesn’t fit (and then you find out the UI can’t be altered either because making just one minor change would actually change everything). For example, just because the word “START” is five letters in English, it doesn’t mean it will be five in another. To help the translation process, make note of any instances where you have hard limits on the number of characters. Your translators will be able to work around this. 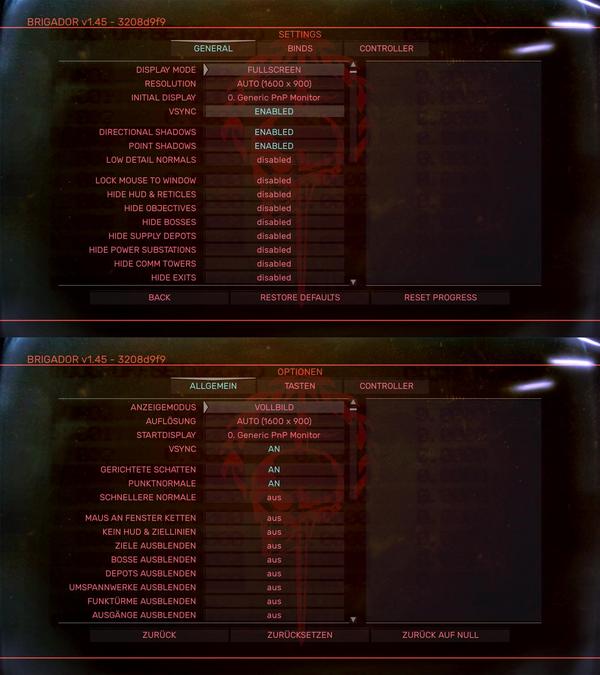 Notice the difference in word lengths in English and German

A common trick when creating a user interface is the reuse of the same piece of text in multiple places (for example, the word “YES”) meaning you only ever need to create one instance of that text. While we can get away with this in English, it doesn’t always work in other languages. Try to avoid reusing text in places like action buttons, because answers to particular questions can vary depending on language (in the sense that translation of the word shouldn’t be “yes” but instead something like “confirm”), and instead give such elements their own separate instance.

Remember that localization is still part of your game, and the amount of effort you put into it will dictate its result. Any competent translator will have questions about the text, ranging from simple clarifications to potentially pointing out massive plot holes that have slipped past the original developers, and it’s your job to respond. Make it possible for translators and editors to directly contact someone on your team who can and will answer. Chat clients like Discord are extremely useful for this as it is free, can run in browsers, and you can set up dedicated channels for your translators and editors as well as pin messages to keep track of frequently-asked questions.

Don’t assume your translators have the latest CAT software or can open complicated TMX files when a side-by-side Excel spreadsheet can ultimately do the same thing. While it’s always great to have a functioning build of the game available to show everything in context, your translators might not even have the right platform to run it, so make screenshots of the UI or even record video playthroughs uploaded to video sites like YouTube where necessary. Providing visual reference to aspects of your game can save a lot of typing. 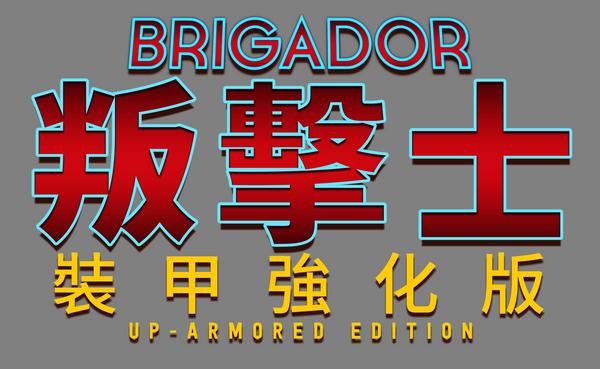 This is less advice and more a cautionary note: localization isn’t glamorous. Parts of it are tedious and you may start to notice the Ctrl, C and V buttons on your keyboard wearing out. The more languages you pursue for localization, the more times you will find repeating yourself in correspondence with your translators and editors. Always try to keep files arranged, dated and named appropriately to avoid potential mix-ups.

Game development (and other software) is such a massive effort that too often I hear something to the effect of “localization just isn’t worth it”, with the subtext that it’s needless extra hassle and demand for it can’t be proven up front. In response, I suggest you look at these four pie charts showing our own year-on-year Steam units for Brigador from 2015 to the present date.

The first pie chart is our sales breakdown prior to adding support for six languages. As expected, North America dominates two thirds of the chart, and continues to do so through to 2017. However, in the 2017-2018 period, before we even added Chinese to our game, we can see North America decreasing and Western Europe increasing. What’s clearly visible is that other territories from 2018 to present, specifically Asia and Oceania, have grown dramatically. Though North America still accounts for 38% of units sold, it’s a significant shift from the 58% the game was selling at in its first two years. Meanwhile, China as of writing sits in fifth position for unit sales made since June 2018 – a spot typically occupied by a European country like Germany.

The point I’m trying to make, if the above wasn’t clear, is that the language additions were and are absolutely worth it. Not only did the localizations end up covering their own costs and been a net positive, but they’ve also demonstrably increased our game’s audience and found players in countries we never originally expected to find them. Thanks for reading!