How to get your first 1000 players


Last week, we wrote a well-received post on how toÂ maximize your launch for iOS or Android, but it also prompted a lot of questions: What if your goal wasnât a huge launch, but to test the concept? What if youâre trying to capture a hardcore niche? What do I do if Iâm making a game for the browser? We wanted to address those questions with a similar, but tangential guide for developers launching or testing a new game.

Finding your first 1000 players
For many games, finding that elusive first 1000 users can be the most challenging part of game development. The key is to approach marketing your game like marketing any other technology product. As Eric Ries has stated in his book The Lean Startup, no matter how much your product (ie game) is lacking,Â early adopters will still love it and play it.

Who are your early adopters?
You might not know this yet, so ask yourself this: why did I make this game? Letâs say you made an asynchronous turn-based strategy game. Chances are, you made it because you love turn-based strategy, or you wished that there was a modern update of Advanced Wars, or what have you. Your early adopters are people that absolutely love turn-based strategy games. Who are they? Well, youâre one of them. You need to dig into your mental pocketbook and figure out what your target early adopter looks like. This can be as concrete as gender and age percentages backed up by statistical analysis, or it can be a hunch based on your experiences playing these games yourself. As long as youâre willing to keep an open mind and try again if your assumptions turn out incorrect, then you should forge ahead.

Where do I find my early adopters?
To find your first group of early adopters, seek out communities of players that are dedicated to the type of game that youâre testing. As per our example, letâs say youâre looking for strategy gamers. You could look atÂ the Strategy section of a large gaming site, aÂ Strategy game-focused forum, or the forum of aÂ Strategy game company that is similar to yoursÂ (note: they may not take to this too kindly, so tread carefully). Be sure to create social accounts for your game on Facebook and Twitter, and to use this accounts daily to interact with your first players.

If youâre looking for more focused design and development feedback, you can also seek out communities that support indie game development, likeÂ /r/IndieGaming,Â IndieGamer, orÂ TIGSource. In my experience, a simple forum post by an indie developer asking for participants is usually well received, and these guys love playing games as much as you do. You can also link to your game in your forum signature, so that any other posts you make on these forums also serve as mini-advertisements for your game.

Your goal here is to find people that share your love for the game youâve created before they even play it. They too love asynchronous strategy games, or wish there was a modern update to Advanced Wars. The goal here is to find kindred spirits that will be naturally interested in your game. The advantage of using this tactic to get your initial group of players is that you are building a relationship with them. This also means they will be more likely to forgive your gameâs rough edges and give you valuable feedback. 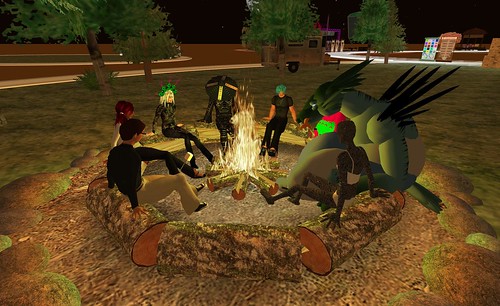 Building a community around your game
After the first two steps, hopefully youâve found some early adopters and have done your best to cultivate personal relationships with many of them. The next step is to build a community around your game. Why? Communities are sticky, and will keep players coming back. They also serve as validation for new players that this game is fun, has other players and has a group of people to talk to about the game. As early adopters of game types are often in hardcore niches, this validation is critical for people looking at a game.

As a case study, letâs look at two browser-based strategy games: the beautiful, award-winningÂ Neptuneâs PrideÂ and the make-your-own-RiskÂ Conquer Club. Conquer Clubâs focus on their community is obvious just from looking at their website, and while their gameplay is hardly unique, their focus on community rewards them with a large audience with a lot of retention. Mafia Wars creator Roger Dickey noted in hisÂ talk on game monetizationÂ that many people continued playing Mafia Wars long after they were bored of the game because they felt loyal to their Mob. You want to engender this kind of community among your players as well.

Since youâre reading this guide, weâre going to assume that spending thousands of dollars on user acquisition is not an option. Thatâs OK, because there are a number of ways to do hyper-targeted advertising that will give you the most bang for your buck:

At this point, you should hopefully be able to get press in your niche to review your game, giving you valuable exposure that can lead to social media buzz and new players. When approaching press about your game, make sure to do your homework. Look for press outlets that cover indie games in your specific niche (as with paid advertising, the goal is hyper-targeted promotion). In your email to the outlet, you want to do the following to maximize your chances of a story:

Wrap up
No matter what type of game youâre making or what platform youâre launching on, finding your first 1000 players is not as hard as it seems. It just takes an understanding of the early adopter for your game, marketing your game to those players, and building a community around that initial traction. Our hope is that this will serve as a successful guide for those endeavors. Donât forget to report back here with your experiences or share existing ones below!