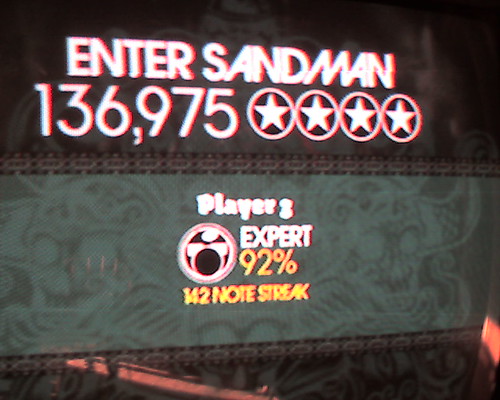 Game Design is a science unto itself. Â And with any good science, there are some concepts that pop up again and again that seem to be relevant to the craft, but they are cumbersome to explain each time. Â Thus, new words and phrases are created to streamline communication and collaboration.

âGrokâ is one of those words. Â You may be familiar with the term already, but itâs one that I as an industry designer have heard quite often. Â The etymology of it Iâm not sure, but in my own design meetings itâs been a useful tool to get across points quickly and discuss sections of a given design. Â But if you havenât heard of it, then itâs definitely something that should be added to your Designer vocabulary.

When players encounter a game or a singleÂ Base MechanicÂ for the first time, then there is a learning period. Â As they experiment with it, then eventually they become quite good at it. Â For example in Legend of Zelda, players learn that pressing a button swings the sword, and that if they are close enough to enemies then they will damage and defeat them. Â They experiment with this, miss often, learn, and get better. Â Then they grok it.

To Grok, a verb, is when a player has completely mastered a design. Â They get it. Â They understand it. Â They know it intimately, backwards and forwards. Â They understand how the early part of the design works, how it is working now as they are experiencing it, and they also already know how itâs going to play out in the future. Â They can manipulate the game to their will and face and overcome all challenges around the skill theyâve grokked.

Grokking can refer generally to an entire game or even to an entire genre. Â If you have played the entire Call of Duty series, then it is safe to say you have grokked the war-FPS genre. Â You understand the common key mappings for all the controls. Â You know intuitively how to check is the coast is clear or if you need to pull back. Â You have a sixth sense that tells you where other players likely are on a map. Â While it might take a new player a few minutes to totally understand how a new gun or weapon works, you would understand it in a split second, categorizing it against dozens of other weapons youâve already mastered.

Grokking can also refer to just a specific skill or Base Mechanic, which is often more useful. Â Someone may not be a master at Call of Duty, but they may be a master of first-person games in general. Â Thus, as they walk around the world, they have no problem looking up, down, left or right quickly, moving across the map where they need to go, seeing what they want to see. Â Other players who are still developing their skills will have the âLooking up at the skyâ problem (which I myself am guilty of).

For a real world analogy, most people who have been driving a car for a few years will have grokked that skill. Â They have mastered it. Â They donât think about pushing the pedals, moving their hands on the wheel, or signaling, they just do it. Â They just think, âGo over thereâ and then their body translates into movement. Â When there is an accident or something up ahead, they donât think, âOk, now grip the steering wheel, pull it to the left, push down on the breaksâ¦â Itâs much more fluid. Â All they think is, âAn accident! Â Go left and stop!â and their brain takes care of the rest.

While people are working on learning a Mechanic, they are usually enjoying themselves as their brain pieces together the model of how the game works. Â After a design has been grokked, however, players can often become bored.

There are many aspects of grokking a game design, but one Iâd like to point out is how it relates to level design. Â Grokking represents the end of a Base Mechanic, where something new needs to kick in to keep the game interesting. Â Either more complicated uses, new Mechanics, or player to player competition. Â Good Designers understand when players are learning a set of Base Mechanics, and when they expect them to have grokked them.

A Base Mechanic that has been grokked usually refers to the conclusion of learning for a player. Â Itâs the end of the road, thereâs no where else to go. Â Thus, often levels of well-developed games are built around when the player is expected to have completed grokking the Mechanic.

Shigeru Miyamoto, General Manager at Nintendo, is a master at this. Â Just when youâve grokked jumping over goombas in Mario, then he adds multiple goombas, or goombaâs that are on top of blocks which need to be jumped over, or koopa troopas, thus giving the player that one more step to master. Â This keeps levels interesting and extends gameplay.

Using the Concept in Your Own Games

Itâs useful when developing your own games to be aware of the concept of grokking. Â As Game Designers and the authors of our playerâs behavior, itâs our responsibility to understand when players are still learning a Base Mechanic and when they have grokked it, and design our games accordingly.

Some questions that Designers can ask themselves are:

Developers: What are some of your experiences with players grokking designs you've made?