How Learning League of Legends Helps Me Understand Game Design


If you scan my game collection, you're going to see a lot of single-player, frequently story-driven games, and for good reason---since diving in to The Legend of Zelda: The Wind Waker when I was 12, most of the games I've been interested in first as a player, then as a games writer, have centered on experiences that reward exploration, dialogue navigation and other solo, isolationist ways of playing games. Because of that, multiplayer design is frequently---well, off-putting to me. I've still always enjoyed the Halo series, and have some affection for games like Super Smash Bros. and the custom mods of Warcraft III, but for someone who never achieved anything more than competency with those games, I haven't spent a lot of time building my understanding of how they function beyond just entertainment.

That said, in 2014, that began to change. After being laid off and discovering I had a copious amount of free time, I joined my brother and some hometown friends in regular matches of League of Legends---and right as I was kicking off my games writing career, this turned out to be a serendipitous choice. Though I can't  claim a high amount of League expertise (My highest rank is Silver IV), nor do I closely follow the esports side, continuously playing and growing as a League player has given me a place to understand some of the game mechanics and design concepts I've learned from developers of all different backgrounds.

Though its rules can be obsessively arcane, and knowledge of the meta-game impossible to parse without a few months of gameplay under your belt, League still displays both design principles and a degree of transparency I think are valuable to people of all backgrounds in the games industry.

One of my friends recently described a part of League of Legends to me as such: "Laning in League is like playing a hundred different minigames based on which champions show up in lane."

This is absolutely true. With each champion having a fixed set of moves, and a socially taught metagame helping players hone in which champion should be picked on a given occassion, the early point of every League game becomes a different minigame with different rules about timing, opportunity, and survival, regularly training players (and myself) to think about how my champion interacts with a specific other champion.

For instance, while laning in top lane as Illaoi, a close-range champion recently added to the game, I'm constantly thinking about the size and positioning of my opponents, so I can successfully pull off something like this:

This influences much of my other behavior while playing League--and frequently thinking about how my behaviors interact with another human being's. I can't say this is as well emphasized in other multiplayer games I've spent time with over the years. Low-tier first-person shooter matches rarely give you obvious clues as to what other strategy another player might be attempting, and competitive strategy games only open up their myriad possibilities once you can achieve a physical speed in clicking around the battlefield.

The closest comparible example might be in fighting games, but as I discussed with Seth Killian last year, so many of them employ techniques you can only execute after a few months. It's why I found the short-lived promise of Rising Thunder compelling---a multiplayer game where basic and high-level gameplay are fundamentally similar felt different from games I'd given up on ages ago.

My most frequent question when playing with my more experienced friends is "what item should I grab next?"

This used to be a question I asked out of confusion, but these days, it's an attempt to be responsive with my team, and not one I would have asked in many other multiplayer games. League's choice to let players dictate the growth of their power curve through items (and some pretty heavy stats calculation) transforms the concept power growth from 'make numbers go up' to 'make powers go up in a way that best fits your situation.'

In single-player RPGs, I rarely consider this any more. My recent forays in The Witcher and Fire Emblem Fates saw me just trying to keep my gear up to par with what was on level-for me, rarely considering if armor or weapon stats were "better" since all of them kept me equally alive in most battles. League's item build feels like a quicker version of what I experienced in World of Warcraft, giving me a regular active choice in how much and what kind of power my character possesses in a given situation.

Because of this, the basic concepts of power curves make more sense to me. Interviewing Rick Ernst last year and discussing the curves of Deus Ex and other games we'd both played, I understood more that leveling systems designers have relied on for years are about finding this push and pull, this tension that makes players choose what they're either trying to protect against or act against.

To call on Illaoi again, a good early game or favorable team composition might make me take a risk building more high-damage items, to turn her into a quick-acting monster. But a more challenging game or even team composition will frequently see me build up my damage resistance stats, so I can anchor myself on my team as someone meant to absorb most incoming fire.

As RPG systems grow to anchor themselves in more and more types of games, the clear purpose they demand gets frequently lost amidst just trying to make players feel more powerful. But in League, vulnerability, advantage, and risk-taking are all behaviors associated with picking a given item build. and I'm reminded every time I drop into the Rift.

As someone who's primarily been interested in story-driven games, it's easy to forget how many layers of character design and game narrative happen under the hood of words and drama or exposition. The journey of League's narrative has taken some surprising turns and twists over the last few years, with much of pre-establishing canon being binned before Tom Abernathy's departure, but the work put into Champion design over time still shows how Riot can design unique characters who synchronize well with their movesets.

Some of this I've learned by reading blogs posted on their website, (which helps break down the behind-the-scenes growth of various Champions) some I've experienced through the game itself. While Riot has built a bevy of narrative content through its marketing sites, I still think it's possible to learn a lot about the different characters, (especially new ones) by paying attention to some of the basic interactions that happen in combat.

One of my favorite narrative clues comes from the undead giant Sion. Sion's an undead warmonger, a ressurected soldier meant to stay in the thick of combat, keeping foes trapped close and not even letting death stand in the way of dealing a crushing blow. You could read the fancy website Riot constructed to learn more about his backstory, but the game offers one dynamic clue into his psychocis and what brought him back from the dead---when he's near or in combat, Sion's barks grow louder, more vicious, and angry, but when he's further away from combat, he's confused, more coherent, and even tortured by his state of existence. 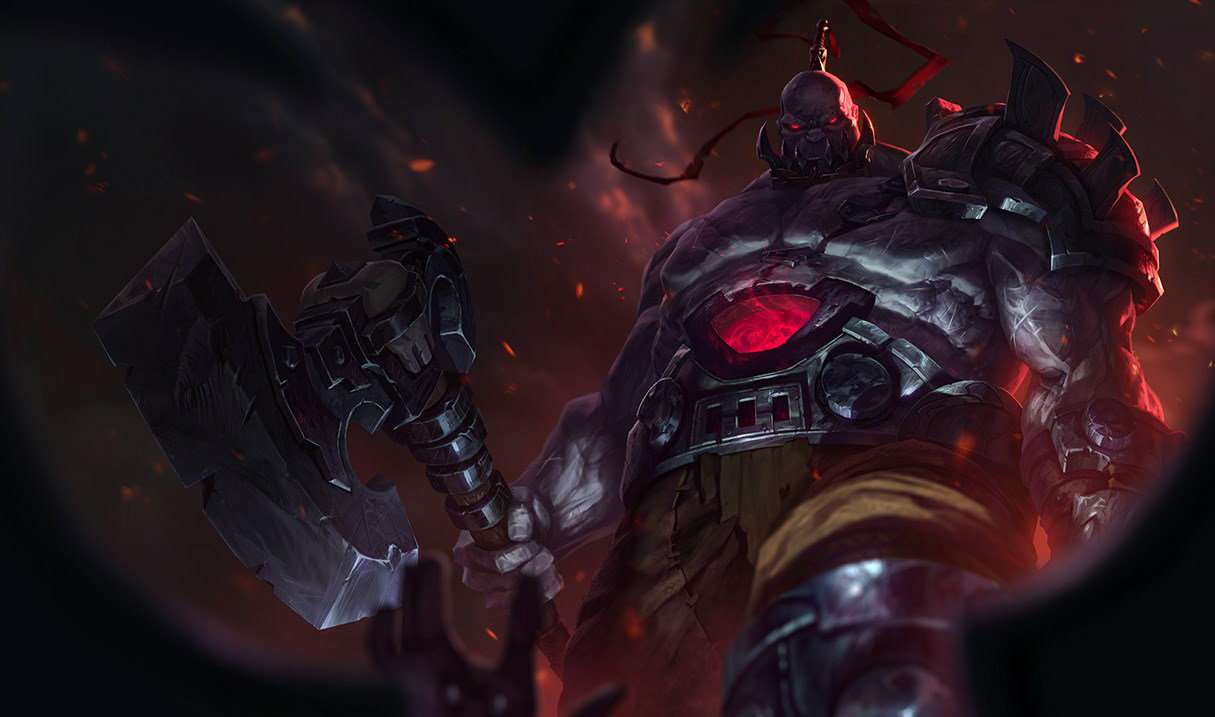 Attention to details like this---and being cognizant of them in a game like League---helps me understand when and how other games are trying to telegraph narrative information to me, and help me ask if I'm fighting someone who's just--say, a warrior, or someone who has a narratively compelling reason to be at war with me?

Taking it back to other games.

But as I said, the point of this observation isn't necessarily to say how good League is at these different concepts, (it certainly has its weaknesses in each respect, and new entries like Heroes of the Storm have streamlined some of the esoteric elements that keep new players out), it helps gives me lenses to view and understand other games, both as I write about them and as I play or evaluate them for my personal enjoyment.

Going forward, as Riot releases champion updates and major game changes, I hope to do some more write-ups and analysis about what these changes mean in a broader development context, not just for League players.

And if you're playing League yourself, feel free to add me at ThatRoninGuy if you need a top laner, jungler, or support!