Why We Should Stop Saying 'Vertical Slices'


The other day I came across the this blog post by Ron Gilbert called The Vertical SliceÂ in which he rails Â against the creation of vertical slices. Â The following quote struck me:

"Vertical slices might work in a medium where you start at the beginning and grind though in a fairly linear fashion and what comes out is 90% complete.Â Â Maybe writing a novel works this way, but making movies and games do not.Â Â They are an iterative processes.Â Â You build foundations and the build up from there."

I love his image of the Mona Lisa's vertical slice. Â  But Ron is using a different definition of vertical slice than I've always used. Â To me a vertical slice means is that we develop a feature to the point of knowing its value and use that knowledge to adjust the plan. Â The point being that the plan won't tell you how fun something is: the game will.

Ron's definition is that vertical slices emerge from a plan that defines all the slices up front. Â This might be a better approach from an engineering point of viewÂ over waterfallÂ (fixing bugs along the way, etc), but Â it abandons the benefit of iterating on a plan with a working game. Â It doesn't surprise me that he's against that.

So maybe we should stop using this confusing phrase. Â Maybe we should call it a "game increment", or something. Â I'm open to suggestions.

By-the-way, here is how portraits were iterated on: 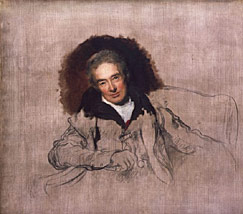 Do a Google image search on "unfinished portraits" and you'll see a lot of these, all with the heads nearly completed and little else in the portrait done. Â Can you guess why? Â  It has something to do with prioritizing risk, and stakeholder value....things often spoken about in agile circles centuries after this was painted.

Also, da Vinci iterated on the Mona Lisa as well.