Inside The Digital Toy Factory â Developing To Deadlines


Our development process is central to everything at Denki. Every system we use in every part of our business is inspired or informed by it in some way.

We recognise it would not have been possible to consistently deliver as many commercial games as we have without it.

It makes the difference between finished and fun; between on time and "ready when it's ready"; between making money and losing money. Quite literally it's been the difference that’s enabled us to continue making games for almost a decade.

Our development process is the key difference that makes Denki what it is - so we've come to refer to it simply as "The Denki Difference".

In my last blog I mentioned two distinct parts of The Denki Difference called “The Way” and “The End”. It seems that the idea of a finished game being The End is generally well understood, but several questions I've received recently about The Way suggested it might be helpful to explain a bit more of the thinking that makes up our development process.

The Importance Of Repeatability

The first thing to note is how malleable it is. Over the years I've encountered companies – development studios and publishers alike – who seem to regard their development process as inviolate. Unchallengeable and unchangeable: it is the way it is, because that is the way things are. So they leave it well alone.

I've come to believe this is usually due to fear; specifically a fear of breaking it and being unable to repeat their success. These companies have often had a hit game, but yet have no understanding of how or why. Their leaders assume the persona of shaman trying to explain why a patient recovered despite mortal infection in the days before scientific reasoning and medicine. In this way the development process is turned in to a dark art, full of superstition and ritual, complete with its high-priests who claim a deeper understanding and insight.

At Denki, we don't believe incantation or blood sacrifice is necessarily the best way forward for our industry (though we keep an open mind). We are much more interested in using scientific method to shine a bright light on this darkest of arts. We will not be satisfied with our own development process until we have full mastery of it - until we can use it to deliver the results we want with near 100% repeatability.

Development processes for any creative media are, by definition, highly creative and it seems to be about this point in precedings that the mysticism creeps in to game development. I think it's fair to say that no one fully understands creativity yet, but that's not a reason to start lighting candles, burning incense and offering praise. Any creative process that doesn't achieve results repeatably and predictably is not a process at all - it's a belief. By postulating, experimenting, testing and revising instead of simply worshiping, Denki aims to be part of the movement that will eventually drag creativity out of the dark ages it has lived in for far too long.

I used to assume everyone in our industry wanted to do that, but I've slowly realised that's not the case and that there are plenty of people around who seem perfectly content with the way things are. There are even those who will tell me it's impossible to understand the creative process - that trying to observe and understand it dispels the magic somehow. Nope – sorry, but I disagree. I see the creative process happening around me every day, and it’s definitely not magic, unless it’s the same kind of magic that makes an athlete consistently run a hundred metres in less than ten seconds. That kind of magic I recognise as preparation, focus and tenacity. So I remain firmly with Arthur C Clarke and Carl Sagan when it comes to observations that require any sort of magical explanations.

I always feel rather sorry for companies with this "leave it as it is" approach, because it suggests nothing's ever going to change for them. Which might be fine, except that the world moves on regardless of our own plans, so standing still is possibly the only strategy guaranteed to be a bad decision. For me at least, being a developer isn't about defending the arcane secrets of creativity we've unearthed at any cost. Instead it's about studying them and applying what we learn so we can, hopefully, get to a point where the creative process can be harnessed in a meaningful way for the benefit of everyone, regardless of the industry they work within.

What I enjoy most about working at Denki is the sheer joy of learning how to be better at what we do every day. Far from assuming we know exactly how things should be done, we assume the opposite. We believe what we're doing is merely good enough to get us by for the moment, until we figure out something better. So we're always searching for better ways of working. That makes The Denki Difference something that's constantly changing - sometimes slowly, sometimes very rapidly - but never static. Change is the only constant there is within The Denki Difference.

So that's some background to The Denki Difference - that's what makes it, and us, tick. But once we'd established that as our aim, the next question was "where do we look for inspiration?" Other games companies are the most obvious choice, but there are far too many examples of games which have ground on and on – and on – either to emerge diluted, fun free and well over budget, or simply never emerge at all. Why is that? We are not unique after all – the games industry is not the only industry that relies on creativity.

There are definitely effective ways to control, manage and schedule creativity. Ways which provide plenty of opportunities for creative input and yet work within fixed constraints and deadlines. However, it's not the games industry where the best examples are to be found – nor even the wider software industry. Many very large scale projects do run to time and budget while requiring significant creative input. As I’ve stated before however, we’re in the entertainment business, so why not look at the entertainment sector for examples? After all, a lot of it has now existed for a century or more, so they’re bound to have come up with a few pointers to get us started, right? 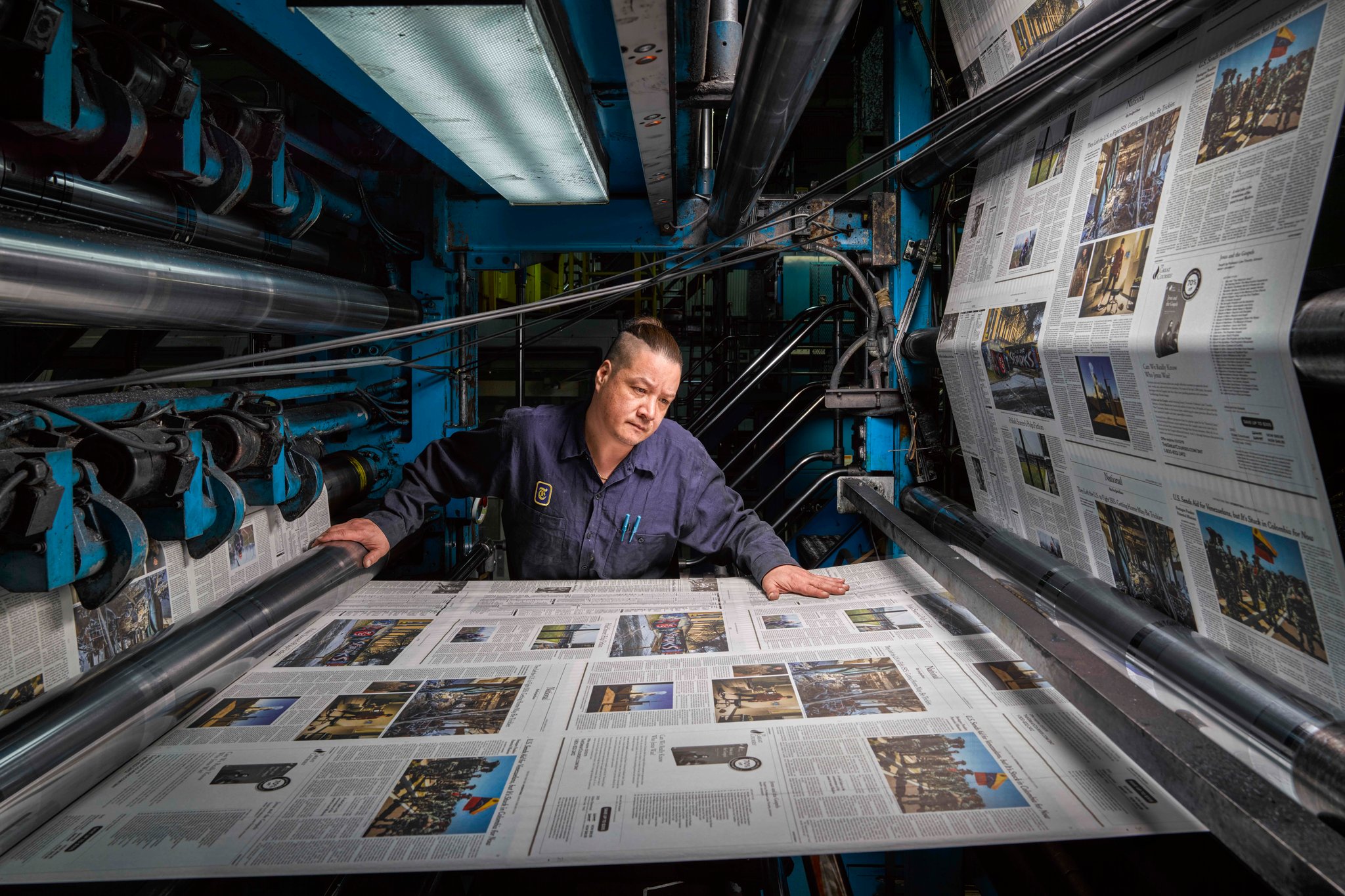 At Denki, our development process is not based on any other games company. It's not based on film or television companies - even the good ones. Instead we've taken our inspiration from magazine publishing. Print magazine. Remember them?

Many of the folks within Denki were utterly fed up hearing the myriad of excuses about why it was impossible to create quality to a deadline. So we sought examples of industries which did precisely that. Magazines are a good one – no, in fact a great one. You know you’re publishing 12 (or more) issues per year. You know - to the day - when each one has to be finished and on the shelf. That instantly puts a limit on how long you have to create something – and it better be higher quality than your competitors too. The great thing about that whole limitation is that it takes a lot of uncertainty out of the equation. There's simply no "well, we could spend another month making it better" discussion to be had. It's either ready now - right now - or it's not going in. In which case there better be something else ready to fill the space it was supposed to occupy.

It seems counterintuitive – especially when seen alongside some games which apparently have a project length of n+1 (where n equals “when it’s ready”). The inspiration we drew from the magazine industry has been crucial to Denki's success and longevity - despite magazines being “old media” in almost every sense of the word.

Like many other developers we've also been inspired by the film industry. In our case it’s been the original Hollywood studio model, rather than the "everyone for themselves" model favoured today. The studio model describes the structure in which great groups can be forged. Teams that can be inspired, creative, punctual and in many ways wholly original. Pixar are undoubtedly the best example of this sort of studio model in action today. They demonstrate very effectively how this approach can be used. 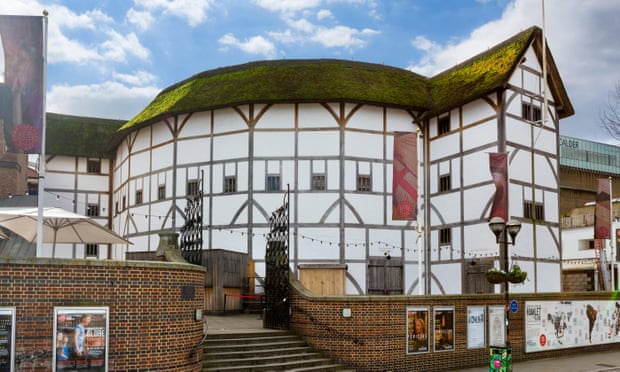 We've also stolen several aspects of our approach from theatre. While many game developers like to draw comparisons between games and films, we don't really consider that to be the case at Denki. Games are much more like plays, or perhaps live television shows, than movies. There's never the luxury of shouting "cut" when something unexpected happens in your game.

Like a play, you have to expend a huge amount of effort up front, before anyone gets to see a thing. Rehearsal, preparation, rehearsal, costumes, rehearsal, set dressing, rehearsal, choreography – and then some more rehearsal. If you’re not prepared for all eventualities – from a forgotten line to an audience member having a heart attack – then your performance is going to be weak, easily thrown off course and unconvincing.

And that’s just the development cycle. It’s also true for players. If you’ve not anticipated, planned, made contingencies and thought through everything which can (and inevitably will) go wrong, then your game is going to end up with wobbly sets, forgotten dialogue and poor reviews. When that all starts happening, its scant comfort that your game is ‘nearly as good as’ similar titles.

These established industries, these areas of the media, these art forms have had many generations to perfect their performance, their planning and ultimately their art. Are we really prepared to accept that simply because we’re “new media” (a horrible and already outdated term, but you know what I mean), we have nothing to learn from them because they don't understand computers as well as us?

There’s a reason that magazines still come out on time every month, that major west end musicals can run twice daily for decades and why studios like Pixar can deliver ten hit films in a row. These things are not accidents, nor are they magic. I strongly suspect no ancient rituals were invoked by high-priests at any point in creating these modern day miracles.

We can all achieve this – even within the games industry. But first we need be willing to accept it's not magic, be willing to learn and look outside our own little corner of the world to find inspiration and best practice wherever it can be found. Just looking to other games companies isn’t enough – not even Denki! Unfortunately...

If we do, we can perhaps spark an Age of Enlightenment within the games industry and confine thoughts of the creative process as a “Black Art” to the pages of history once and for all.