The Freelancer’s Dilemma: Money or Reputation

Prior to the formation of SkewSound, our individual members had worked on dozens of projects, from obscure indie games to large AAA titles. When we came together as a team however, out of financial necessity we had to take every gig that came our way. We were still relatively unknown as an entity and needed to both fill up our schedule and build a portfolio. Fortunately, the developers we partnered with in those early days were working on great projects to which we were proud to contribute.

We worked hard and over the next few years began to establish a name for ourselves, which in turn brought in more inquiries from potential clients. As an outsource company that’s the goal, right? To become self sustaining? To have more work than you know what to do with? We soon discovered the downside of that success; clients coming knocking with projects that we didn’t feel were the right fit for us, or not good for our company in the long term. After all, when a game is released, your name is forever tied to that title. It can raise your reputation as much as tarnish it. Work can be difficult to come by and saying “no” is often the last thing you want to do. Saying “yes” and regretting it can be worse.  But how do you decide which developers and projects are going to be a good long term investment of your time? Here are some of the things we’ve learned to take into consideration.

This may seem obvious, but it can be hard to really dig into and find out what is motivating your potential clients to pursue creating the project they’re coming to you with. People make games for all kinds of reasons: sometimes for fun, art, education, or for the players; sometimes for more self interested reasons such as money or reputation. Often you’ll find clients are working towards some combination of goals; try and discover what these are.

Take a look at their website and their LinkedIn profiles, see the kinds of places they’ve worked before and for how long. This industry is a small place, so see if you know anyone who knows them or about the project. Have they shipped games in the past? Research how well they performed in the market, both critically and monetarily. Newer devs can be tougher to read if they don’t have much of a catalog, but it’s rare that a dev reaching out for our services will have nothing to show from their past.You’re entering into a partnership, so do your due diligence in the same way an employer would check references and background of a potential hire. 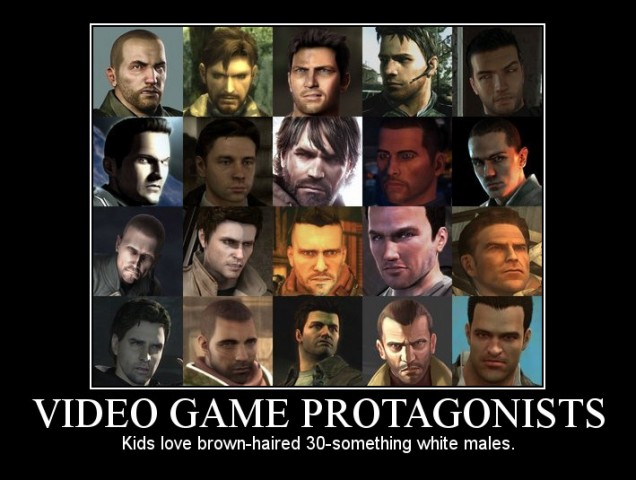 Look for Alignment with Your Own Values

Contractors and freelancers also have a wide array of motivations. Some just need to keep the bills paid, others are looking to push what the medium of video games can be. At SkewSound we believe strongly in the power of games to tell stories that can appeal to a wide variety of people, and as such gravitate towards developers who believe the same. For example, within the industry, diversity can be hard to find. It isn’t the same good ol’ boys club it used to be, but some aspects of that remain. Keep this in mind when evaluating a potential project or client. Even if you can't find diversity in their staff, you still may find it within the game itself.

There are a lot of talented teams out there making an effort to branch away from the 30-something-white-male-with-stubble trope. Not solely because it’s boring and overdone, but also because increasing the diversity of characters means you can connect with a larger and more varied audience of gamers

One of our favorite project contributions was for Gigantic, whose cast included women with guns, men with guns, cows, dragons, frogs, a slapstick granny, robots, monsters, and more. Not only was the character lineup diverse, the direction of each character was incredibly unique. A design pillar for these characters was to identify them by their silhouette and soundset alone; that kind of challenge led to some outlandish concepts, but also drove design away from the same-old tired content that plagues many games today. 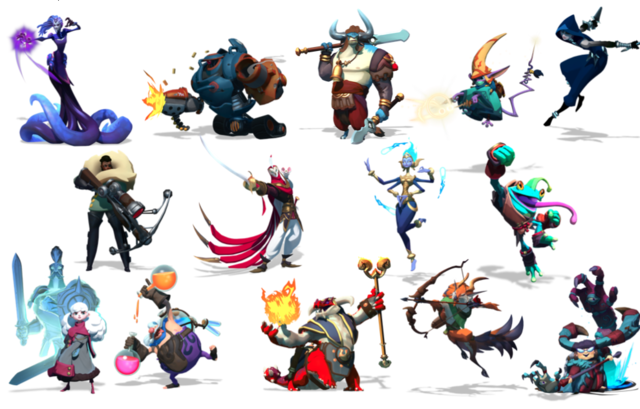 You can tell a lot about a dev by the type of game they make. Are their ideas original, or just a knock-off trying to capitalize on the success of similar games? Be wary if the entire description of a game concept is just listing a few established mechanics from other titles. The client may only be drawing ideas and inspiration from existing sources rather than defining their own, which will make it very hard to stand out in a rapidly saturating market. It may also be hard to please the client with unique audio since they have locked onto a clear idea of making their title look, sound, and feel just like that game already does. It may be said that “good artists borrow; great artists steal,” but that’s not great development advice.

The titles that make the biggest impact on the world are creative in ways never seen before. Be critical in assessing how their project is different than its competitors. If the client is making a shooter, how does it improve on the mechanics of the shooters that are already out there? Are they making an open-world sandbox? What is special about their sand and how can you interact differently in their world? Maybe the core gameplay isn’t unique, but the narrative is deep and supported by amazing writers, experienced voice actors, and breathtaking art. Find out what makes their game special, even if you need to ask them.

Lastly, and perhaps most importantly, is how the studio acts publicly. Their social media presence should provide lots of clues, not only as a company, but also as individuals. Observe how they interact with the press and find their response to unflattering coverage. See what kind of community is drawn to their product and how they act. Of course the way a games fans behave is not the fault of the developer, but it may be a red flag for you. Signing onto a project means you’re going to have to deal with those fans as well, so think twice about getting involved if the community leaves a bad taste in your mouth.

It is also important to see how developers treat their fans, both when receiving praise and criticism. We all know fans can be thin-skinned, prone to lash out over changes to the game, new features, or removal of old content, in often very personal and distasteful ways.  Do the developers attack the fans when they’re unhappy with a certain direction or do they ignore the trolls? Do they acknowledge honest feedback? Do they retweet fan art? This is why bigger studios invest so heavily in good community managers; the outward persona of the company matters greatly in the marketplace. One developer’s bad day on Twitter can mean months of backlash from users and end up costing a company in both money and reputation.

You should also analyze your own interactions with the developers. Do conversations flow naturally or do they talk over you? Do you get along with them? Were they professional, courteous, and measure up to your standards? If they lash out publicly on the internet, to either the press or their fans, consider how they may treat you behind closed doors, especially if you anticipate being in a place where you need to criticize the development yourself.

Every time you bid for a project, you’re putting your reputation on the line, both as an artist and as a business venture. It’s always a tense process and you’re often preoccupied with making sure both the audio content and financial aspects of your pitch are just right, but always remember to put the same amount of effort into reviewing the client. They are evaluating whether you’d be a good fit; you should do the same. Few things are worse for the future of your business and livelihood than risking everything on a developer you know nothing about, when you could have just done your homework.