A single game as a lifelong hobby 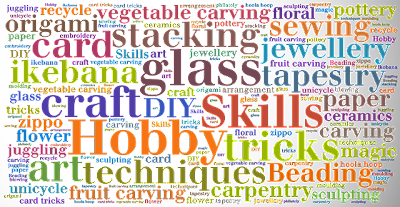 (This essay was originally posted on Lostgarden.com. Worth catching up on the existing comments so far.)

Do you finish one game and then move onto the next? This is the dominant pattern of play for gamers. What happens when players stop consuming and start investing in a single evergreen computer game for years on end?

Across the 5500+ year history of gaming and sports, players typically focus on a single game and turn it into their predominant hobby. A chess player may dabble in other games, but chess is their touchstone. They join chess clubs, they play with fellow chess fans and they spend 90% of their gaming time playing chess. Overall, players specialize.

Such players do play other games, but to a far lesser degree.

There are also communities that embrace the identity of being good at multiple games or sports. These are a minority.

And some are inclined to claim all hobbyists are 'athletes' or 'players' and thus unified in some common tribe. Such verbal gymnastics rarely provide much insight into a dedicated hobbyist's specific passions or the nature of their community.

Specializing in a hobby occurs for many reasons. Traditional sports or games often have the following attributes:

The hobby of computer or console gaming follows a different usage pattern; gamers play a wide variety of games. NPD claims core gamers buy an average of 5.4 games in a 3-month period. In a recent discussion of Steam purchases on Kotaku, commentators chimed in that they had purchased 100 to 800 games. These are played for a period of time and then set aside so that a new game might get some play.

These players specialize far less. They may prefer a genre of games such as RPGs or shooters, but they'll still consume many games within that genre.

Why the difference in playing patterns? Commercial digital games have some distinct attributes that encourage serial play instead of evergreen play. Not all digital games fit this mold, but the trends are worth noting.

Shortness of playÂ is perhaps the key reason why players end up consuming multiple games. With gamers spending 16-18 hours a week gaming, it doesn't take long to burn through a single title. When a single game fails to entirely fill a person's leisure time, players buy additional games. Only a set of multiple consumable titles provides enough engagement for someone to make a full-fledged hobby out of content-based games.

This fits the general profile of a media hobbyist. As we shifted from evergreen hobbies to digital retail-focused games, we trained users to behave in a fashion similar to that of a reader who reads many books or a movie goer who watches many movies.

To be a 'Gamer' is to buy into numerous requirements that only exist to enable the creation of easily consumable media products.

Into this media-centric ecosystem we've seen the reemergence of major games that hew more closely to the traditional games of old. MMOs like World of Warcraft or MOBAs like League of Legends are services. A digital game like Minecraft ties into numerous communities and is often played for years. Some like Halo or Call of Duty cleverly camouflage themselves as traditional consumable boxed products all while deriving long term engagement and retention from their extensive multiplayer services. These games share many of the attributes of older hobbies:

Each of these games is a hobby onto itself. People predominantly play a single game for years. In one poll of 5400 WoW players, 49% claimed to never actively play another MMO.

The rise of services

The shift to services is accelerating, driven by business factors and steady player acceptance. Developers are slowly coming around to the realization that an evergreen service yields more money, greater stability and a more engaged player base. Experiments of the past few years with social, mobile and Steam games suggest that microtransactions will likely become a majority of the gaming market. They already represent 70% of mobile revenue and continue to grow rapidly on other platforms.

This new revenue stream places new constraints on game designs. Â Types of laboriously handcrafted content that was once feasible when your game was played 10 hours is no longer profitable if revenue trickles in over hundreds or thousands of hours of play. Â Deep mechanics once again matter. Â Communities you want to spend time in become a competitive advantage.

No, they won't cross over

These new evergreen players become hobbyists, but not media-centric gamers. This is most evident in the audiences that play 'casual' social and mobile titles. Many of these players never bought into the current gamer culture. It is common to see someone deep into Candy Crush and when you ask them if they are a gamer, they will deny it. They do not 'game', they never have 'gamed'. They don't share a common heritage of Mario, Zelda, COD, Halo or any of the mass media touchstones that unite current gamers. What they have is a wonderful hobby that in their mind has nothing to do with existing computer games.

There exists a fantasy that somehow new players will get hooked on one game and then transfer over to consuming other games. Since this assumes a play pattern of high volume serial consumption, I doubt that this will occur. Great evergreen games leave little room in a hobbyist's schedule for grand feasts of consumable content. You don't finish a great hobby and then look for your next dalliance. You keep playing the game for years or even generations. Â

The perfect service-based game is one worthy of your entire lifetime of leisure.

If this seems an exaggeration and current titles feel unworthy of this high bar, wait a while. Developers are very talented. And the financial incentives to build the perfect service-based game are strong.

Not one gaming hobby but many

So where does that leave our understanding of 'gaming?'

What we currently think of as 'gaming' becomes just another hobby amidst a vast jungle of digitally augmented hobbies.

There are those who might see this as a threat, but that is mere fear talking. Existing hobbies tend to last for at least a generation. Those who've tied their identity to consuming media-style games as their hobby will stop participating in the hobby when they die. I expect to see 80-year olds still buying adventure games because that is what they were raised on and that is what they love. Niche producers can make good money serving these avid fans. Â The rise of new hobbies thus do not invalidate a current hobby. Â In fact, you'll have media-centric games for at least the rest of your life. Â

Though each hobby likely will need to compete for new members.

Impact on the cultural ecosystem

With this shift comes change. The following may challenge your existing expectations.

One aspect that surprises me the most is the stealthiness of inwardly sufficient hobbies. A smoothly running process is barely newsworthy for those unfamliar with the hobby. Over 5 million people partake in Geocaching, one of the greatest modern games ever invented. Â Yet other than the occasional human interest story, it rarely breaks into the public consciousness. What would a media-focused rag say? Â "People are having healthy fun...still. Â Just like they were last year." That's not news. There is no new box to hype or content to whinge about. Â There's no advertising to sell. So silence is the default until you look inside the vibrant magic circle. Geocachers return the favor by labeling outsiders Muggles.

The concept of one true gamer community will be less feasible as evergreen hobbies grow in popularity. Instead, we have a crazy mixing bowl of diverse, separate, long-term communities. Few will share the same values or goals. Few players will consider themselves having anything in common with players of a different game.

Social organizations such as PAX will still promote common ground, much like the Olympics promotes common ground between athletes. But day-to-day cross-pollination will be rare.

I personally value a wild explosion of diversity. We need less mass culture and more emphasis on vibrant, generative communities instead of passive industrialized consumption.

The existing society of players may be tempted to deal with those not like themselves negatively through shaming ("I can't believe you play Farmville, stupid person!") Here's how we might instead react positively.

Note: Gamers often wonder why Farm Equipment simulators sell. Â Judged as mass media, they are horrible. Â Judged however as an independent hobby, they have many of the attributes of an engaging lifelong interest. Â If you laugh at them, it is because you are outside their tribe and ignorant.Â