Rewards System for Serious Games - How a revised design can aid in their development. 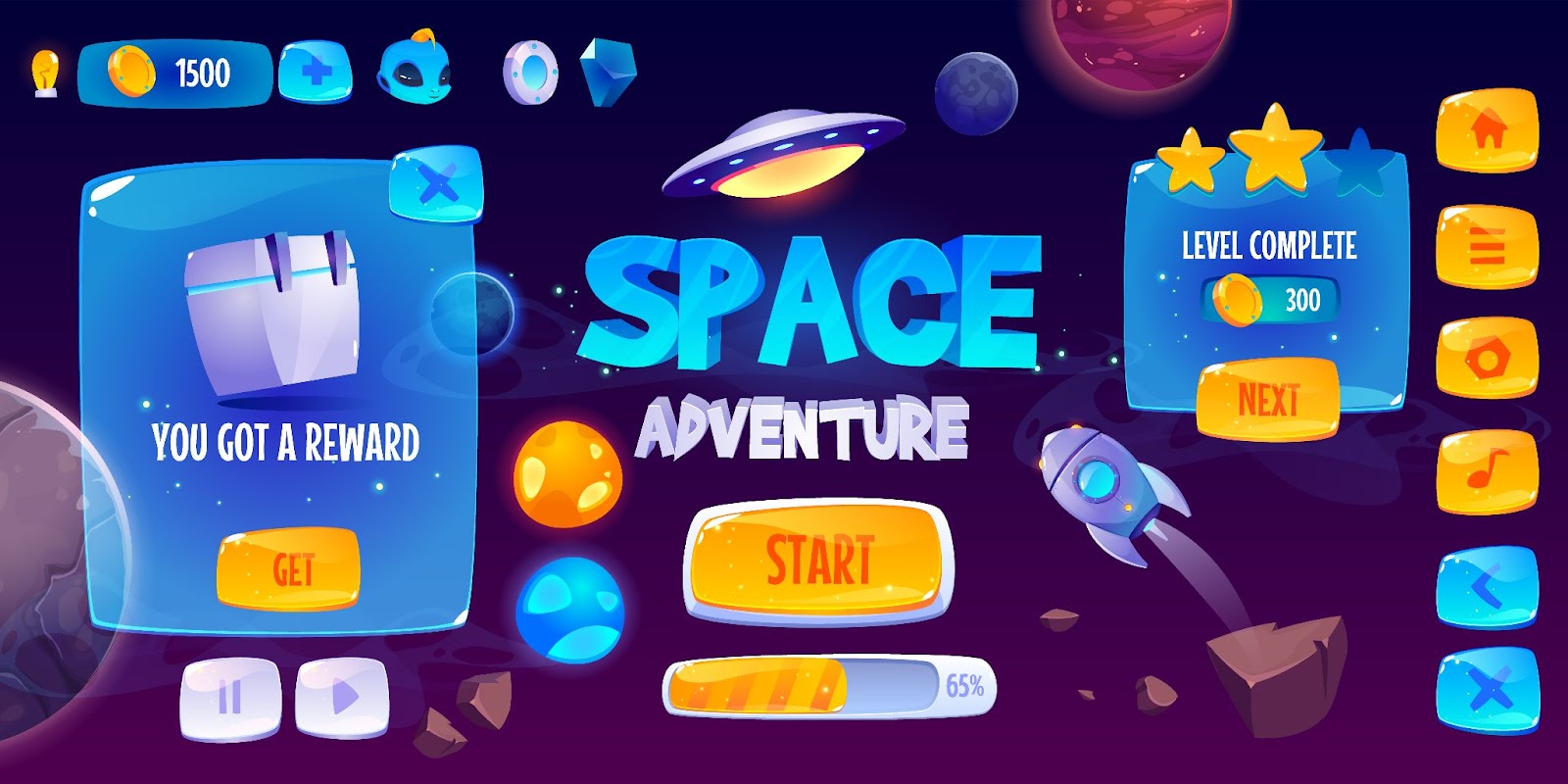 Rewards are an essential part of every video game but they can be a double-edged sword. A well-designed reward, positioned in a strategic point of a game can motivate players. In an educational game context such a reward can stimulate the learning process. However, a poorly designed reward can achieve the opposite effect, demotivating players and losing their interest. Therefore, it is essential for rewards to have a meaningful purpose in games, especially when the goal is learning. How can this be achieved?

What are rewards and reward taxonomies?

Reward taxonomies are defined as the grouping of different types of rewards into systems. Some notable examples are Wang & Sun’s taxonomy, published in the article "Game Reward Systems: Gaming Experiences and Social Meanings" and Hallford and Hallford’s taxonomy for role play games, published in the book titled "Swords and Circuitry: A designer’s guide to computer role playing games". This article will use the  Phillips et al. system as a basis.

The Phillips et al. taxonomy was created as an adapted version of the Hallford and Hallford taxonomy, to test if such a system can work for a variety of entertainment games. They discovered that the taxonomy can be versatile, and made changes to it by adding two new types of rewards - Rewards of Praise and Rewards of Sensory Feedback. The system with its original definitions is pictured below. 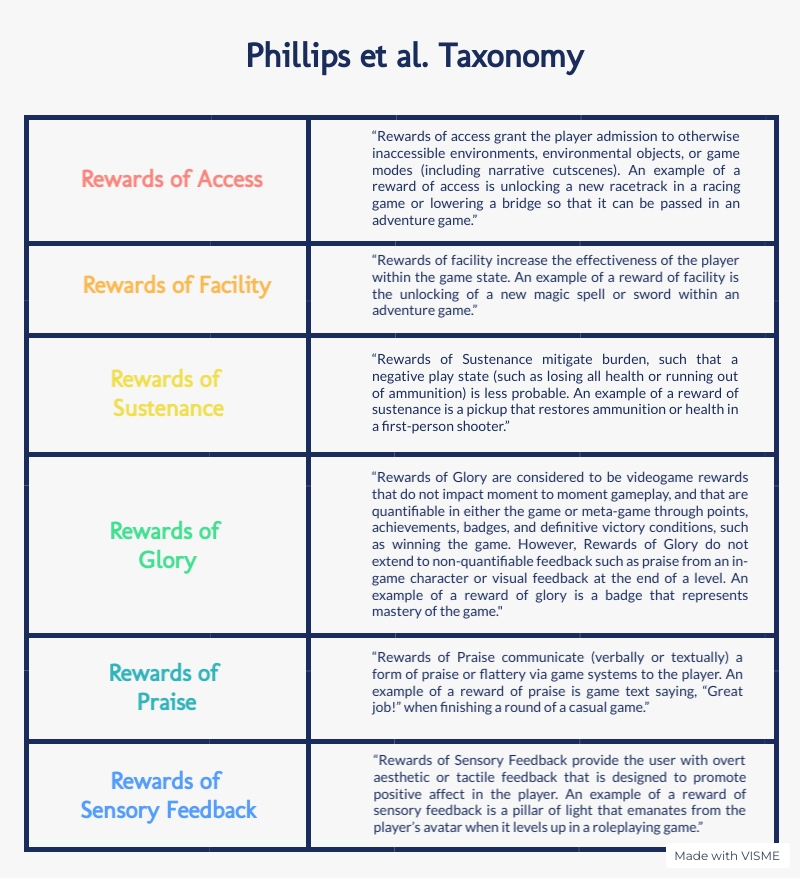 I used the Phillips et al. taxonomy to check what types of rewards exist in several top educational apps on the market and found some notable differences. My observations were then shared with a group of early-career developers. This resulted in the implementation of several changes, to make the taxonomy more applicable. The changes are shown in the image below. 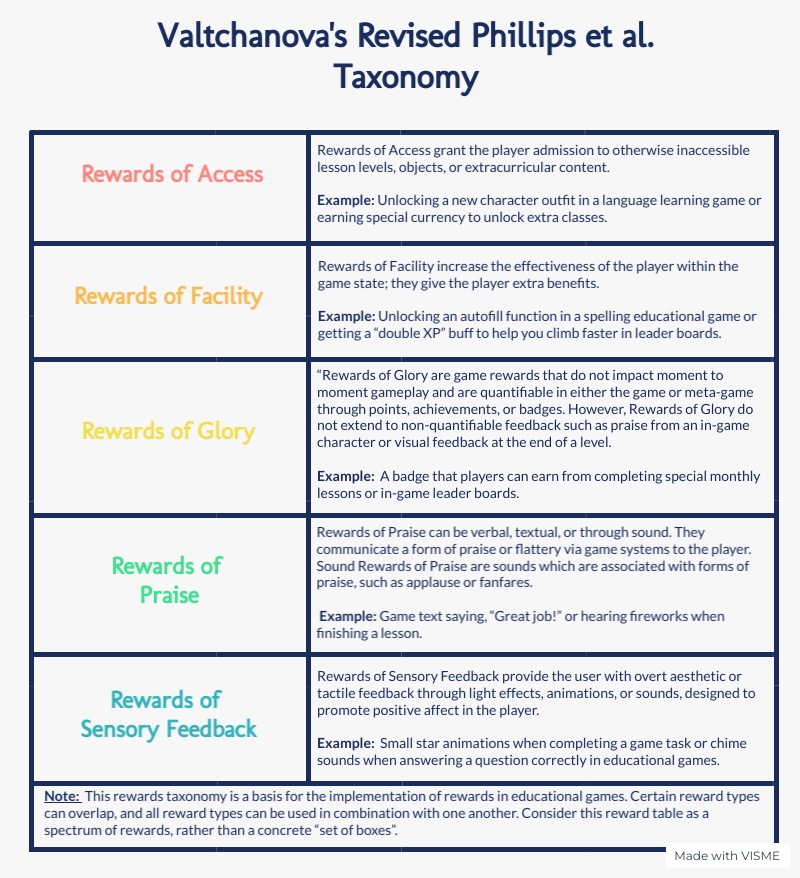 Several notable changes made were:

Usability of the Valtchanova Revised Taxonomy

While additional research and testing is needed, the system alteration has promising usability in the field of educational games. To show how it can be used by developers and novice developers during the pre-production stage of game development, a simplified roadmap was created to share two example scenarios. 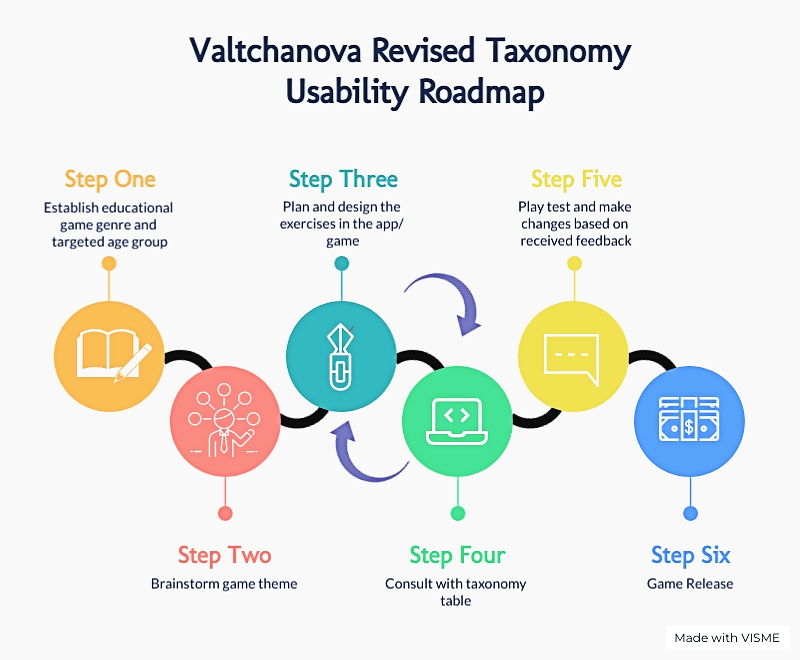 Step one is to establish the type of educational game as well as the age group of the players the game will be designed for. In scenario one I will be designing an English language learning game for children between the ages of six and eight.

The second step is to brainstorm the game theme. This game will be centred around animals around the world.

Step number three is to design the exercises in the game. For this game there will be three types of exercises. The first one would be clicking on different animals. When an animal is clicked on, a voice will say the word in English and a written version of the word will pop on screen. The second exercise will display the word and the player has to click on the image of the correct animal. The third type of exercise will show images of different animals in one column and the English words in another column. The player has to connect the image to the correct word for every animal.

Step four is where the developers might want to look at the system chart. For the exercises in this scenario, considering the game theme and the age group of the players, certain rewards might be more appealing than others. This game might not benefit from Rewards of Access as generally children might prefer exploring a game with no locked content. Rewards of Facility might also not be effective due to the simplicity of the game, where the player doesn’t need to get any benefits to progress. Rewards of Glory in the form of small achievements or trophies can be a good implemented type of rewards. An example of this would be a badge collection for every animal in the game. Rewards of Praise in the form of animations and sound after completing the set of exercises can also be a meaningful reward. This type of Reward can easily be accompanied by a sound reward from the  Reward of Sensory feedback type, which can be positive chimes after every correctly answered question.

It is encouraged to go back and forth between step three and step four, as shown in the roadmap. This way the process of designing rewards and implementing them in a meaningful way can be closely linked to the design process of the exercises in the game. Following this method, any changes in the exercises can swiftly be matched with a change in rewards.

Step five is play testing and implementing changes based on feedback. The taxonomy can also be used as a reference during this step, especially if negative feedback is received on a certain type of reward or exercise.

Finally, step six relates to finishing up and publishing the game.

The second example scenario will be about a piano learning game for teenagers between the ages of sixteen to eighteen, following a concert preparation theme. Progressive exercises will be included in this game using a leveling system, similar to games like Candy Crush. Level one will be starting from learning basic notes, and as the levels progress melodies will be included until a full several short piano pieces are learned when the player reaches the highest possible level. This type of game will not benefit from sound rewards related to Rewards of Sensory Feedback or Rewards of Facility. However rewards of Access in the form of locked levels would be potentially suitable for implementation. Rewards of Glory in the form of achievements can also be a good reward for this type of game. Another form of a Reward of Glory which can be included could be different visual updates for the musical manuscript, level background or even particles shown on the screen when the correct note is played, earned by completing levels and challenges. Rewards of Praise in the form of text as well as applause as a sound can be displayed after a lesson is completed. Rewards of Sensory feedback in the form of particles on screen when a piano note is played  could also be a good option. These types of rewards can be combined for each level, as well as switched up based on feedback or based on changes made to the design of the game.

Incorrectly designed rewards limit the learning potential of educational games and reduce player engagement as well as the game’s popularity. My research and redesign of the Phillips et al. system offers an improved awareness on when and why we should implement rewards. This is why I decided to share this system, hoping that it can be of help to developers and companies within the serious games industry.

The in-depth research on this topic in the form of a master's thesis can be found on my website.