I have been a hobbyist game developer since I was 12 years old. I have started work on numerous games and even published a rather unsuccessful Android App call 'How shallow are you?". I decided I would commit myself to a project, something I could be proud of and put in my portfolio and that would push me to be a skilled game developer.

So my prerequisites for the project originally were:

Development projects always take longer than think they will. With this in mind, I wanted to relatively small scope. I don't have the time or the resources to make something massive and I really wanted to have it be presentable as a finished product.

I'm unlikely to be able to give up my day job off the back of this project. However, if the game is competently done and looks good, it could open doors for future projects. Therefore I'm keen for this to look good for people who don't necessarily play it.

For the primarily game loop I didn't want to be risky. I wanted to make something that I was fairly sure was going to be fun, primarily because a lot of other games like it has been fun. I would try to make the game stand out in other ways.

I would like to be an expert in one game engine. So I would like this project to require me to use all the different features.

For my day job, I do agile development, so I'm taking some of these principles into this project. Primarily I wanted to make a Minimal Viable Product as quickly as possible then start improving it.

My hope is this might help me avoid my previous pitfall, never finishing. If I managed to get past the first point then I could stop at any time and still consider the game completed.

It would also allow another great benefit of getting the game testable very early on.

After a number of ideas, I finally settled on a mix of a commodity trading game and a sci-fi FPS shooter. I would take the basic game loop of the game 'Dopewars' a simple game where you travel around New York buying and selling drugs in order to pay back a loan shark, then combining it with a first-person shooter missions that would allow you to acquire extra resources. 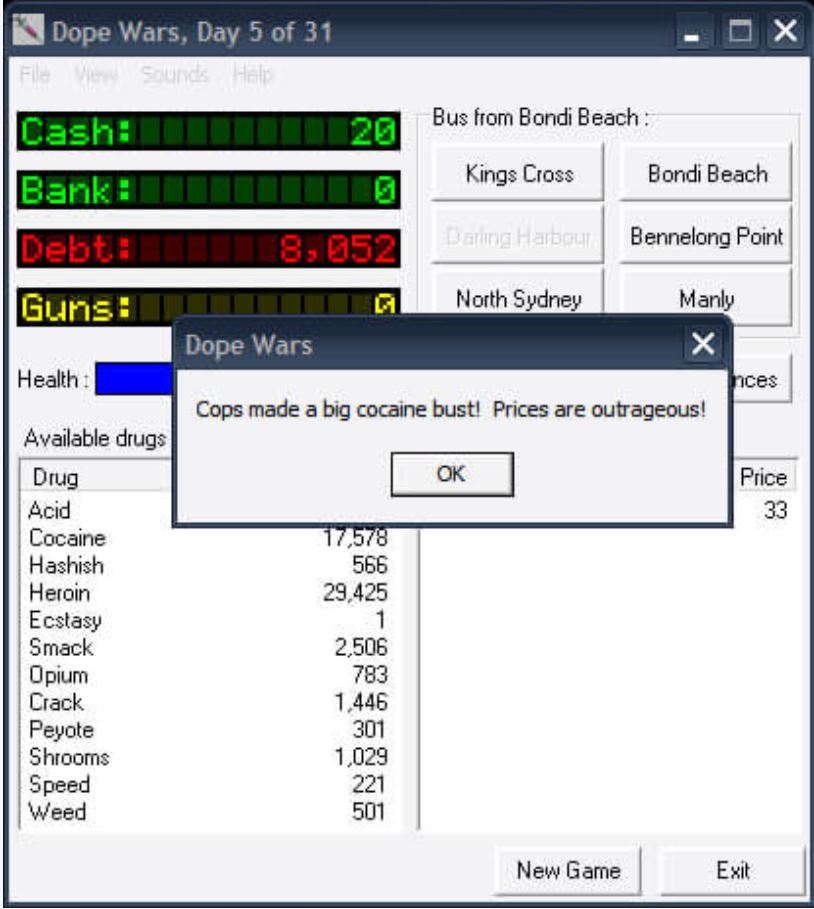 The story would be very basic, you would travel around the universe buying, scavenging and selling the commodity in order to repay the corporation who lent you the money to get started.

I’ll also try and publish regular Devlogs here in order to keep myself motivated and get feedback.