Demarcation - An Objective Metric for Skills in Games 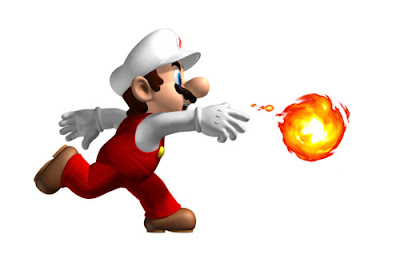 Whether you're hopping around throwing fireballs in Super Mario Bros or World of Warcraft, skills and abilities are at the core of gameplay. They define what we can do within the game, and how we do it.

Skills can take on a number of forms. Determining how successful they are is difficult, because the task is both subjective and case-sensitive. However, I believe that gameplay can be related to language. In a previous article, I suggest that since they are both forms of communication, they rely on clarity to be effective. This has led me to discover an objective metric which I believe is applicable to skills in most types of IDEs (Interactive Digital Entertainment): demarcation.

Demarcation: the clarity with which a skill's effects are separated from other elements of the game.

Good demarcation will increase the perceived effectiveness of a skill and make the gameplay far easier for the player to learn and master. As stated, this does not necessarily apply to every type of IDE or genre. For instance, the effects of "skills" in a simulation may not be immediately clear to the player if it will better resemble reality.


How to Achieve Clear Demarcation

There are primarily three qualities of a skill which determine its demarcation. They are time, multimedia feedback, and potency.

Timing is a key factor of demarcation. For single action skills, this can be as simple as a clear point of execution.

Things become more complicated, however, when duration is introduced. Duration is typical of skills such as "buffs" and area of effect attacks. A single skill may include several phases. For instance, a spell that summons a meteor may have a warning phase in which the targeted ground pulses red, a point of impact which deals direct, area of effect damage, and a burning phase, during which the struck ground continues to burn, dealing damage to any units who pass over it. Regardless of the number of phases in a skill, each phase should have a clear beginning and end.

A skill does not need to be executed the moment the player selects to trigger it, but the time of its execution must be easily predictable. In other words, it must happen when the player expects it to happen. This will increase the perceived responsiveness of the skill.

A good way to bridge the gap between selection and activation is through a cadence or rhythm, which can be established by audio and visual cues.

Players need some sort of feedback to even realize they're playing a game. The simplest form is likely text. But every word, sound, image, and haptic cue within a game is capable of conveying information to the player.

In order for a skill's cue to work well, it must be easily distinguished from other sounds and images contained within the game. It must be clear and identifiable. But most importantly, it should coincide with the phase of the skill that it represents as closely as possible. Cues can accentuate good beginning and end points or mask fuzzy ones, as may be required when dealing with net code

In addition to a skill's execution, sounds and visual cues may also represent the results of a skill. For instance, whenever a player scores a headshot in an FPS, it can trigger a sound to let them know they've hit their mark. This is typically a higher pitched tone to separate it from the lower pitched noise of a gun.

For the purposes of demarcation, graphics serve primarily as a form of communication. Developing a symbolic language within a game is important. Generally, games will adhere to established paradigms within their genres. Perhaps the simplest example of this is the color-coding of elemental spells in an RPG. Players should not only be able to identify skills with which they are familiar, they should be able to decipher a great deal of information about newly encountered skills from the way they look and sound. This level of order is essential for demarcation to be achieved when things get cluttered in a busy game.

A skill can have a clear beginning and end with excellent cues to represent each of its phases, but what does it do? You can achieve clear demarcation with just timing and feedback. For instance, you can create a skill that displays the damage generated by the next attack in much larger, bolder numbers. Players know they've used the skill, and yet it may do nothing relevant to the gameplay. However, if the attack were also to do extra damage, it would be set even further apart from the normal flow of the game. Therefore, potency is also a quality of demarcation -- and one which becomes increasingly important as the capacity for audio and visual cues diminishes.

How much potency is sufficient? If a player has to check for a little icon by their name to make sure a buff is active, it's probably not potent enough. Or another classic example: Power Swing adds 5 points of damage to a player's next attack, but her normal attack damage can vary from 10 - 20. She swing once, deals 18 damage, and use Power Swing, and deals 12 + 5 = 17 damage. Unless the skill is backed by strong multimedia feedback, the timing could be flawless, yet the skill would have very poor demarcation. And yet if it is accompanied by loud sounds and flashy graphics while proving ineffectual, the iconography in the game loses credibility.

Perhaps it would be more effective to slow a player's attack by a percentage and ensure they deal maximum damage so that Power Swing will always deal more than their normal attacks. If done correctly, this wouldn't affect the mathematical potency of the skill, yet it could increase its perceived potency.

Unfortunately, in order to determine the pure "potency" of a skill, it must be compared to other similar skills and effects within the context of the game. Trying to determine the potency of a skill without a point of reference is typically not possible. Even then, there is more to potency than big numbers, as not all abilities simply deal damage. The more complex the skill, the harder its effectiveness is to judge.

Often times, creating a successful skill can become a balancing act between applicability and uniqueness. A skill will stand out more if it is unlike any other in the game and/or is not used often. Yet the effectiveness of the skill will seem greater if it is applicable in nearly any situation. How potent is a skill that holds an opponent in place? It's powerful in a race, but it's useless if the opponent wasn't planning on moving. Not only is this subjective, it's extremely case-sensitive.

Other Facets of Successful Skills

Clearly there's more that goes into making a successful skill than just demarcation.

Applicability - How often is the skill useful?

Creating highly specific skills may give the player too much to worry about and insufficient exposure to their given abilities.

Expediency - Does the skill fit the game and is the reasoning behind it sound?

It may seem crazy that an Italian plumber is suddenly spitting fireballs, but it fits the tone of the game and introduces a new dimension to gameplay.

Uniqueness - Is the skill different enough to stand out from others, and how often is it used?

The uniqueness of a skill can enhance its demarcation, but often comes at the expense of applicability. Still, it is quite possible to have a commonly used skill that is unlike any other in the game, particularly if the game only features a small set of skills.

Balance - Is the skill proportionately useful in comparison to other skills in the game?

This is particularly important in competitive games, whether they be multiplayer or single-player. For all the work you may put into a game, it can be eclipsed by a single skill or strategy if it unequivocally proves the most fruitful, as players are forced to employ it in order to maximize their efficiency.

Synergy - How does the skill interact and affect other skills?

This is a crucial question for developing complex gameplay. The synergy between two skills doesn't have to be explicitly stated by the game. For instance, simply jumping and spitting a fireball in Super Mario Bros. can be considered a form of a combo-skill. Without the cooperation between these two abilities, it may have been impossible for players to defeat certain enemies over obstacles.

I find that these are all fine questions to ask when creating skills, but I always consider its demarcation. What approach do you take to guarantee the quality of skills in your games? Or by what criteria do you judge skills to be successful? I would love to gain insight into other people's processes.