We ask the question "are video games art?" We ask it often, and we usually ask it so that we can immediately provide an answer to it. On first glance, it seems to be the pressing question of our medium. We tend to see it as a cry for validation, a question of quintessence, a search for deeper meaning, a desire to justify our existence, a hope for immortality.

It is none of these. The answer to the question is "yes," and an explanation is not required.

Truth be told, I don't know when the games-as-art debate began in earnest. Google News shows the mainstream press beginning to discuss the issue around 2000 (no doubt the explosion of cinematically excellent games in the late 90s contributed to the interest in this topic.)

Roger Ebert's public campaign against video games as art began in 2005, and his position as an eloquent student of the world's second-newest art medium certainly incensed advocates of the newest, and his ignorant cries that games canÂ never be artÂ brought the discussion to the forefront of the gaming public's attention.

The latest salvo comes from Brian Moriarty and his GDC lecture claiming that games are not art by spending much of his time talking about things that are not games, and this, too, sparked another outrage from the gaming community. The debate has raged for many years, and none may know when it will conclude.

What I do know is that if we believe that video games are art,Â it is vitally important that we immediately cease discussion of this topic.

Games are art, and the sky is blue, and Austria is a country in Europe, and koalas have a vegetarian diet, and pi is the ratio of a circle's circumference to its diameter. ToÂ debateÂ games as art is to suggest that the question is worthy of debate. It is not.

The people who claim that games are not art have not played games that have spoken to them as art. Their opinions stem from a lack of experience with games. It isÂ notÂ our job to refute them!

It is retarding to the critical development of our medium to spend our time defending its legitimacy.Â The worth of an experience cannot be judged by one who has not undergone it. To claim that games are not art is to judge countless experiences not experienced. To defend games as art is to say that such claims are worthwhile.

It is so very tempting to engage in this debate! I have a great amount of sympathy for those who do. After all, they are doing this because, like me, they love games and want others to love them too.

They speak with eloquent words about the way that games have moved them, touched them, called them to examine their lives in different ways, asked them to think critically about topics they had taken for granted.

Their words are honest, heartfelt, and true, but they will convince no one that games are art. After all, it was no one's words that convincedÂ themÂ that games are art - that task fell to games, and games alone. 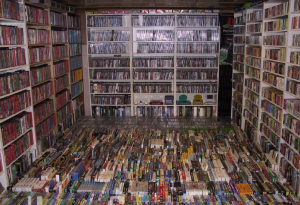 (When someone says "games are not art," what they're telling you is "I know without a doubt that there is no art in this room," and that's as ludicrous and baseless a claim as it sounds.)

Equally alluring is the desire to convince one's opponents that games are art by listing a canon of games that one believes qualify as art. This doesn't work, either, for the very reason that not everyone regards particular works of art in the same manner.

Almost all works of art have their detractors, and resting the entire games-as-art issue on the shoulders of one game, or collection of games, practically invites the deconstruction of those games as a counterpoint suggesting that games are not art. Don't do it.

The person who believes that games are not art has not played the right games. Neither you nor I know which games will reveal to them that games are art.Â I'm intentionally avoiding discussing games I feel are art and games I feel aren't, because my lists are different than yours, and I don't want to weaken my position on games as a whole by discussing specific games.

But stop acknowledging any claims that games are not art. Stop talking back to them, too. You don't have time for that. There are more good games to be played.

Evan JonesÂ is a game programmer atÂ Lolapps, an independent game developer in his free time, and a game design enthusiast. You can email him atÂ his first name @chardish.com.Â It would make him very happy if you followed him on TwitterÂ @chardish.