The most complete & diverse FPS game ever made is just a MOD?


Was released last weekend the most complete & diverse FPS game EVER made and is just a COD4 mod with ONLY 8.1mb! Can you believe it?

Of course we are not talking about the size of the files, or people involved or even the work needed to be made. We are talking about gameplay, something that each new game are lacking each day a little more. And with this one you will have LOTS options to play over and over without get tired aside a amazing combination of realism gameplay and effects.

After more than 2 years of hard work and LOTS of tests seams the impossible dream come true! The most complete & diverse FPS game ever created is finally released! Download if you want to host a Frontlines R3L04D server. Or if you are only a soldier, simply connect in one of these servers below to update your game with the latest version.Â

With 42 Gametypes, over 2400 weapons modes, War Server which transform a server into a amazing War, Help Mode which is a realism version of the famous Freeze-Tag which here is not a gametype, but a add-on to ANY of all team-based gametypes, Paratroopers in several Airborne gametypes, Hardcore gameplay with realistic damage, blood, gore, physics and of course war effects that will make you feel really inside a real war. 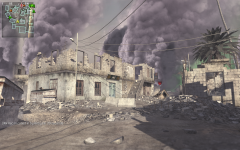 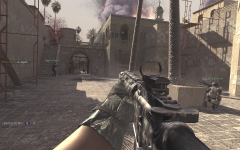 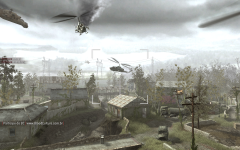 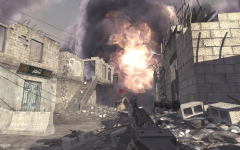 The already known Intelligent Server which will admin the server for you 24/7 without the need of human interaction and really lots and lots more! COD4 Frontlines R3L04D is not just the biggest, it's HUGE! And for the biggest game ever created we need a compatible server with 64 slots hosted by AOWC in NY/USA, which will give a lot better pings to the fans in Europe and USA that were bored because the pings in Brasil.

Join the Open WAR at the Global WAR Server to celebrate the release of the Frontlines R3L04D! Only default maps! You will only need the mod which will be installed once you connect to the server! See you all on the Battlefield!Â

To connect simply open the console and type connect war.hajas.org and enjoy the war!Â

If you don't want to host a server, just connect in the server below to join the war!

the mod will download and install automatically for you

. War Server with battlefields up to 3999 territories
. 36 Brand New Gametypes (42 in total!)
. HER with realistic Blood, Gore, Pain, Damage & Physics effects
. Over 2400 Weapons Modes with 16 pre-defined modes
. Airborne support in many gametypes let you be a paratrooper falling from the sky
. 4 Different Support Strikes (Tactical Airstrike/Heavy Bombing Strike/Artillery Strike/Mortar Strike)
. Intelligent Server who admins the server for you the way you want
. Intelligent Anti-Camping System coded to each gametype
. Frontlines Weapons, brand new balance and behavior!
. Medic System with a Medic Perk to let you save your wounded teamates
. Full Rank System with Custom Classes + Create-A-Class INGAME
. Frontlines Duel, where the last 2 will dispute the round with knifes
. Frontlines Last Stand, a lot more realistic and fair to both sides
. Help Mode, which you can play a realistic freeze-tag game in any team based gametype
. Multi-Language Support to really ANY language you speak
. Thousands of other features and options to let you do whenever you wantÂ Â