Planescape: Torment and the Evolution of the RPG

This Mirmir's got stories he's dying to tell
Â  Â Â  Â  Allow me to preface this post by saying Planescape: Torment is the game that got me interested in Game Design. Never before did I think games could touch on topics so mature and nuanced as it does and in a way that is both fun and compelling on so many levels. Playing it was the first time I realized the potential of the gaming medium as a legitimate storytelling platform. While not the perfect game, it is easily the most inspirational game I have ever played.

Â  Â Â  Â  In spite of all the praise I give it, I have only recently gotten around to beating the game, following a GameFaqs walkthrough so I wouldn't miss a thing. I am now in a position where I can truly reflect on the game in its entirety.

Now pike it, berk, while I give you the chant...
Â  Â Â  Â  Planescape: Torment is a classic of PC Roleplaying Games, and many consider it to be one of the greatest RPGs of all time. With a compelling plot, very unique game world, and a little bit of philosophy thrown into the mix, one could say its one of the most sophisticated games ever to grace the world of PC Gaming.

Â  Â Â  Â  The player takes on the role of the Nameless One, an amnesiac man who wakes up on a slab in a mortuary. He soon discovers that he is immortal, and with a trail of clues left on tattoos on his back he embarks on a journey to discover the nature of his mortality and who he really is. His journey takes him to all corners of the Planes, from the clockwork labyrnth of the Modron Cube, to the upper levels of the Nine Hells and beyond. All the while he comes across a diverse cast of characters, from a talking skull, to a sentient suit of armor, and even a chaste, lawfully good succubus to name a few.

Â  Â Â  Â  Based on the original vision of the game*, the designers went out of the way to subvert the common tropes and cliches of the RPG genre. The result is that you will find no swords, healing potions, or generic spells to be found. In fact, every item and character you interact with in this game is made with such care as to be both memorable and reflect the unique style of the game. They truly went out of their way to make the look and feel of the game really reflect the bizarre and imaginative world of its source material and challenge the player's preconceptions at every turn.

Â  Â Â  Â  *I recommend playing the game before looking over the plot and villains sections, as they contain spoilers.

The Planes
Â  Â Â  Â  The game is based upon the Planescape campaign setting of the 2nd Edition of Dungeons and Dragons, and represents one of the most unique settings I have seen in a game. It is essentially a fantasy afterlife, where depending on how good, evil, lawful, or chaotic you are, you end up being reborn on one of the respective planes to that alignment. All of the planes rest upon a sort of funnel-shaped spire of infinite height, with the city of Sigil at its center.
Â  Â Â  Â  From Sigil, one is able to travel anywhere in the planes, they need only know the key and the door that leads to it. That key can be anything, from a physical key, to a thought, gesture, etc and the doors are just as diverse. Thus Sigil becomes a hub of all the strange and fantastical creatures you can come across in the Planes. 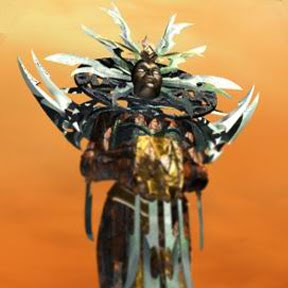 Â  Â Â  Â  Sigil is ruled over by the godlike Lady of Pain, who guards over Sigil and prevents anyone from controlling it, while insisting no one dares worship her under the penalty of being "Mazed," or being trapped in a pocket dimensional maze that is almost impossible to escape from.

Â  Â Â  Â  All of this only scratches the surface of what you would find in the game, but is intended to paint a picture for you of a world where anything is possible, and everything around you has a delightfully strange, mysterious, and haunting quality about it.

Delving into the Dark of It
Â  Â Â  Â  Planescape: Torment's characterization of its world, characters, and items go far beyond what we see in most RPGs today. This is due in part to the changing market demands on RPGs and the gradual evolution of the genre. To truly understand why we don't see more games follow Planescape's example, one must examine the history of the genre as a whole.

RPG Osmosis
Â  Â Â  Â  Throughout its history, the RPG genre has been a sub-genre of sorts among existing genres. It is the sum of many influences over the years, including a few mentioned here:

*Note: I have never played any of the Ultima games, so this information is primarily drawn from other sources.

Changing the nature of a man

Â  Â Â  Â  No RPG since Planescape has been able to capture such a distinct and intricate world as effectively as it had. Every location, character, item, spell, and ability oozed originality and depth on a level no game could match. The challenge of Planescape is not in slaying monsters or solving puzzles, but in wrapping your head around this bizarre world, and its alien rules, culture, and laws of reality.

Â  Â Â  Â  It is a game that challenges the player to think deeply, both about its world and their own, and spark the player to look at the world differently than they ever did before. I sincerely hope that RPG developers out there will think long and hard on the lessons of Planescape.

* * *
Â  Â Â  Â  *It just occured to me that if this song is written in the Dragon tongue, then the only in-game explanation of who sings it is either:


Personally, I'm cool with any one of those possibilities. ;)