Of Bugs and Features Obscura
Â  Â  Â Â  Developers often use the phrase as a joke for when some outlandishly bizarre yet hilarious bug pops up in their game. Coming from a software development lineage, bugs are often seen as bad things, and in sports any kind of exploit or funny attempt to bend the rules is generally frowned upon. I would argue games are different, and that sometimes bugs and exploits can become wonderful things.

Â  Â  Â Â  Perhaps my fondest memories involving exploits come from back when I was really into Warcraft III: Reign of Chaos. It was the first game I had followed since beta, and thus had a chance to watch grow and evolve over countless patches and updates. Along the way players came up with some clever and often hilarious ways to mess with the game's mechanics.

Â  Â  Â Â  In searching around to refresh my memory on a few of these exploits, I came to discover that it seems like they have mostly been forgotten from the internet. No videos, no articles, not even a wiki detailing these early exploits and the antics that ensued. I felt much like the last living practitioner of the ancient Sikh [EDIT 4/9/12] martial art of Shastar Vidya, and that I alone carried a forgotten secret that I am morally compelled to share with the world, that it's knowledge may live on forever. So let's get started.

The Glory Days of RoC
Â  Â  Â Â  While an awesome game in its own right, Warcraft III did get off to a bumpy start. Over the first few years of its life it received numerous patches, ranging from minor balance fixes to major overhauls of major systems in the game. This was all done in the name of tuning the balance of what was in many ways a very different kind of RTS.

Â  Â  Â Â  The game changed most dramatically upon the release of its expansion, The Frozen Throne, where the entire armor system was redone and invisibility detection for heroes was reworked (notably by replacing the passive gem of revealing for the limited duration, activated dust of appearance) among many other big changes.

Â  Â  Â Â  Over the course of this process of refinement, players were able to find clever ways to exploit the game to do some pretty outlandish strategies. Below are a few examples of some of the more notable ones.

Note: Sadly these mostly existed in the pre-youtube dark ages of the internet, so I've taken some liberties with visual representations.


*Note: "Natural" refers to the valley or peninsula a player starts at, which typically has a single entrance. This is in contrast to "expansions," or other areas on the map where a base could be established to harvest resources.


Exploits and Emergence
Â  Â  Â Â  Â Aside from an amusing history lesson, it is also a reminder of one of the most unique qualities of our medium - emergence. Whether you are trying to limit emergence to keep a game balanced, or embracing it to allow for players to express their creativity, every game designer has to tackle it one way or another.

Â  Â  Â Â  The traditional role of iteration in any field has always been a way to refine some product until it performed the desired function. In the case of games, this takes the form of playtesting and tweaking, with the end goal typically being to make a game that lives up to the vision that the designers intended from the outset. But iteration has the potential for something even greater. 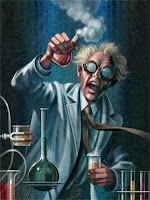 Â  Â  Â Â  Much like how games are a culmination of audio, visual, and experiential art, so too is the process of creating games a hybrid of sculpture, science, and perhaps a little archeology. You aren't just trying to pull what's in your mind into the real world, you are forming a hypothesis of what your game should be, and in the process of making it and testing it you are uncovering new and intriguing elements of your design as you go along.

Â  Â  Â Â  British economist Tim Harford gave a great TEDTalk about the power of iteration, and how it challenges the impulse many people fall into called "The God Complex." At around 9:08, he gives an anecdote about Unilever wanting to develop a specialized nozzle for creating laundry detergent powder. They initially attempted to get the best and the brightest engineers to help them design this nozzle, only to have them fail. It was simply too complicated.

Â  Â  Â Â  What they ended up doing was creating a set of randomized variations of the nozzle, testing which one worked best, then creating a ton of variations on that nozzle, finding the best one, and repeating the process. They eventually found the one nozzle design that worked perfectly, and the fascinating thing is that they could not explain why it worked.

Â  Â  Â Â  In other words, the problem at hand was too big for even the brightest mind to solve, and thus the only way to arrive at the solution was through iteration. After watching this I got to thinking how this could be applied into the realm of creative works, like video games, and I believe the answer lies in the phenomenon known as the Ascended Glitch.

The Power of the Ascended Glitch
Â  Â  Â Â  The Ascended Glitch, by definition, is an unintended feature or exploit found in a game that developers end up keeping. Sometimes these glitches are just silly, like the famous Skyrim glitch of Giant glitch. But a few times they allowed for huge leaps forward in game design. 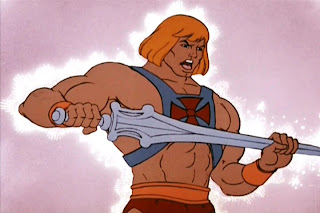 Â  Â  Â  Â Street Fighter 2, for instance, was the first fighting game to have combos. Combos emerged from an exploit where players could interrupt attack animations to attack faster than they should normally be able to. This single-handedly defined the fighting genre and helped make it the great success it is today. There are countless examples of this happening for other titles as well.

Â  Â  Â Â  Defense of the Ancients, or DOTA, is another great example. Developed by a small group of modders, it became so popular as to take on a life of its own. Along the way many exploits were discovered, including the ability to exploit neutral creep spawning behaviors to "stack" a creep location with multiple sets of creeps, manipulating the pathing of neutral creeps to kill off your own creeps to deny experience to the enemy, or aggroing enemy minions by attacking an enemy hero when in their aggro range. Where some would see these as exploits, these came to become legitimate tactics to be used in the game, and were even ported into DOTA 2 for that reason.

Â  Â  Â Â  Perhaps it is time then for game developers to open their eyes to, or be reminded of, the power of iteration not only as a reductive tool to arrive at a desired solution, but also as a tool to discover new ways to enjoy games no one has even begun to imagine.

God in the Machine
Â  Â  Â  If nothing else is to be learned from the lesson of the God Complex, it is that we as human beings and developers should always be humble in our work. We should understand that sometimes the best ideas are not conceived in our own minds, but in the vast realm of possibilities beyond it.

Â  Â  Â  It need not only help us in making games better, but in mitigating conflicts easier. One guy wants to implement a mechanic as X, and the other as Y? Try both, and see what happens. Maybe the most fun solution is a hybrid of both, or some outlandish permutation of either one.

Â  Â  Â Â  In short, embrace unpredictability, and do not be so quick to fix a bug that might very well become your game's defining feature.

BONUS: A Post-Mortem of "The Dovakiin Switcheroo"
Â  Â  Â  I got a lot of interesting feedback on my last post, both from game developers and die-hard Skyrim apostles alike. The argument was basically over whether Skyrim was ultimately a game about exploration, or a game about accumulating "stuff" (weapons, abilities, spells, levels, etc). In the course of this discussion, it made me rethink my initial conclusions of the game.

Â  Â  Â  The problem is less about making the game dramatically changing upon reaching a certain level of power in a given specialization, but the fact that there is not enough content in the game to allow players to experience the whole game using the playstyle of their choosing. Contrast this to D&D, where the "power ceiling" is extremely high, where there are hundreds of different items and weapons to collect, and the ability to reach near-godhood by the time you reach its level cap.

Â  Â  Â  As such, I see two possibilities to fix Skyrim: either add more "stuff" to allow players to reach higher levels of power, or create more scenarios that guide players toward particular playstyles, to encourage diversification of their skills.

Â  Â  Â  If your curious or have a comment about Skyrim, please visit the link above.

Enjoyed this post? Check out my blogger archive to feed my view counter and to check out my many other articles.