Our Greenlight Story - Greenlit in 50 days.

As a member on the gaming community, and a relatively new indie-developer, who is going through the process for the first time, I found myself looking to the internet for alot of answers to things I was unsure of. I looked at other developer experiences through the Steam Greenlight process, and for some the process was very difficult, and for some almost too easy. I had mixed emotions when finding out some of the information out there, but I always remained optimistic, and began making some decisions that would give me the best chance to succeed, and finally we did.

It took nearly 2 months, probably longer than I would have hoped, but my science fiction themed strategy game finally made it through the greenlight process. I'd like to take some time to go over the process, and my experiences, and decisions that I made to better improve my chances at getting greenlit.Â

I posted Project Tarvotan on Greenlight on February 27th, 2015 and was greenlit on April 22nd, nearly two months later. It must have been two of the most intense months for me as an indie-developer. As one of the only two individuals who worked on Project Tarvotan, I had a lot of stuff to do. I had to develop the game, advertise the game, promote the game, manage the greenlight campaign, develop a website, and much more all within a two month effort to get greenlit. I made a decision to partner with a great website called 'Groupees', who promotesÂ indie-games in some of their weekly bundle sales. Without the support from their fantastic community, being greenlit would not have happened. 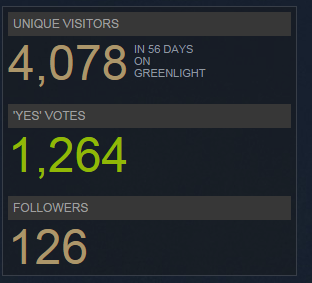 We started out the first week really well, gaining nearly 300 votes in the first three days. Eventually, we stalled out at around 450 votes, and for a few weeks, gained no more than a few votes per day. At this point, I was really frustrated, I knew we would never be greenlit at the pace we were at. The offer from Groupees sort of came by surprise, and I knew I had to make a decision. Ultimately I realize now that my decision was a great one, because on the first day of our agreed partnership, the Groupees community managed to support Project Tarvotan to the point that it got greenlit that very evening.

Notice the spike in views and votes from our partnership in the image/chart below. I truly believe this is the reason we got greenlit, but that's just my guess... 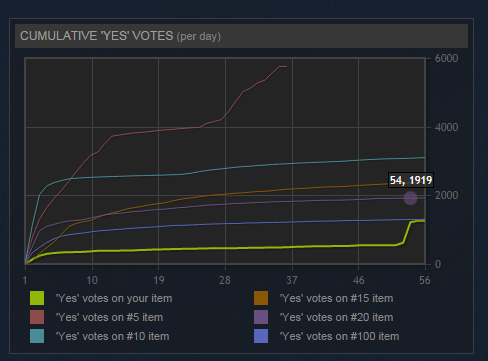 Sometimes you just have to get a tad bit lucky, and this time I sure feel like we got lucky... When I refreshed our Greenlight page, and saw the page go from the standard steam backround, to the glowing green backround, my heart skipped a beat, and it really was an exciting moment, and the sense of accomplishment was great. We had nearly 1300 votes at the time of being greenlit, nearly cracking the top 100 games on the Greenlight platform at the time.Â

For other indie-devs, looking to pursue the same process in the future, here is what I recommend. You need to find a way to get attention. During the first few days, Steam will get you quite a bit of views, but that will only last for a little while, then it becomes your responsibility to market your game, and you have to do it in your own way. Make contact with as many steam users as possible, and promote your game in a friendly way. Sometimes you'll catch a break with the people you meet, and that's exactly what happened for my game, Project Tarvotan.