We’re kicking off our collaborative article series, where we sit down with game developers and help tell their stories. The first installment comes from Wase Qazi, developer of Skyhook and Shotgun Farmers.

In 2015, I was just finishing up Early Access with my first game, Skyhook, and the game didn’t have a very big community at all.

The community for my games really started in my Twitch channel.

Game dev helped get me back on a production schedule

In 2015, I was working on Skyhook while working full time at a software company. The game was almost finished, but I felt like I wasn’t getting enough done. I decided to quit my job, just focus on the game, then reevaluate from there.

The first month I quit my job, I didn’t work on the game at all. I just watched TV.

I was alone at home all day long and I saw this webcam, just sitting on top of my computer screen. I had heard of streaming, I knew what it was, but I didn’t really understand it.

I thought, I’m sitting here all day working on the game, completely by myself, I can’t talk to anyone because everyone’s at work.

So I thought, “Maybe I’ll just try this,” and I turned the camera on and started streaming.

I’m sure I was terrible at it the first few times, but as I just kept doing it, it helped me get back on a production schedule.

I would get people coming into the stream and liking it, then coming back. So then I had people to talk to while I was working.

As I kept streaming, I noticed fans of the game I was making would be coming in to the stream. The biggest thing I struggled with during production when I was just producing in the dark was that no one knew about the game, so there were no fans.

It started growing this community around my first game while I was streaming, that’s why I kept on with the stream.

Eventually, it became an invaluable community

I was surprised at the positivity and support I got.

When Shotgun Farmers went on Steam Greenlight, the first day, the community went out and tweeted about it, posted about it, and really blasted it out there.

It was like having this core community for Shotgun Farmers that I started off with because of the Twitch community that grew around Skyhook.

A lot of people who watch the channel have been around since the first line of code for Shotgun Farmers was written, and they’re still there, playing the newest version.

My programmer, Daniel, started off as one of the moderators for the stream.

Everyone on the stream would help test, but he would go above and beyond. He was reporting a lot of bugs: It was insane, high level bug reporting. So I asked him if he wanted to get paid to do it, and so he went from being a viewer to a paid contractor.

I asked him if he wanted to do coding stuff, and he became the first programmer to work on the game other than myself.

After Skyhook released in 2016, I didn’t really know what to do, so I started streaming a lot of game jams, prototypes, and all kinds of stuff.

During the stream, we started doing what we call Qazi Jams, which are game jams, where I would get together with viewers of the stream and we would all make different games together, then I would play everyone’s games on stream.

Shotgun Farmers was a part of that, we did a one week game jam in October 2016, and I had this crazy idea for a farming game, we’re going to make a multiplayer game in a week, let’s just do it.”

And I did it, just for the game jam.

Then we played it on stream and I thought, “Oh snap, there’s something here.”

I might never even have tried to make the game if it weren’t for those on-stream game jams.

So, it really became a community of indie devs who then could share their ideas and work on them.

The Discord community grew from the Twitch audience

The Discord community has been absolutely priceless.

Our Discord started off pretty quiet, but it started off with a core audience because we had the Twitch viewers already there.

We have a bugs channel in there and every day I wake up and the bugs channel is full of bugs, and I know what I need to work on that day.

We have an entire suggestions area on our Discord, where the mods divided it up into weapons, hats, achievements, shovel skins, player skins, as many categories as possible. People have ideas in there all the time. Whenever I need assets for the game, I just scroll through it, and they get to see their ideas come to life.

In the newest update, I released five new skins, and they were all ideas that people had in the chat. They really get a deeper level of ownership in the game, because they helped come up with that.

Our concept artist was originally on our Discord doing fan art for the game.

His art was just stunning, I wished Shotgun Farmers looked like that. So I reached out to him and asked if he wanted to start doing concept art for Shotgun Farmers.

Streaming game dev isn’t for everyone

I do think streaming development is incredibly valuable, I think even bigger companies are getting on it.

You’re starting to see even more AAA companies even who are putting developers in front of a camera for an hour a month or an hour a week.

There’s a huge benefit there, but I don’t think the actual act of streaming is for everyone because you have to be there and be engaged and it can be really awkward.

It’s really hard to be a good streamer people want to engage with, but for me, it’s been invaluable. I don’t think I’d be where I am in my indie career if it wasn’t for that community that grew from the stream. I don’t know where I would have grown them from otherwise. 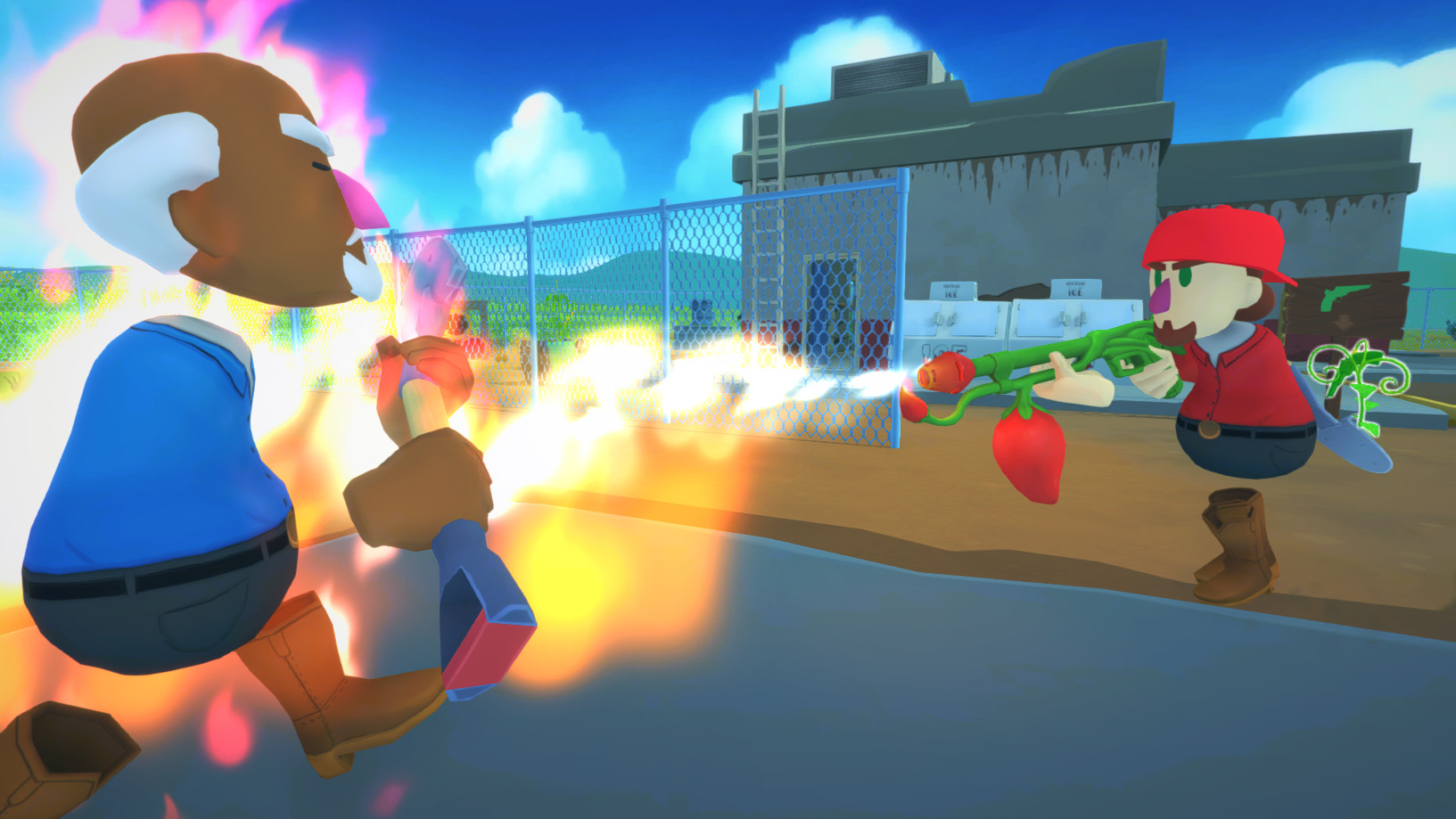 In addition to building a community through Twitch and Discord, Qazi also used Indie Boost as part of his marketing efforts for Shotgun Farmers.

You can see the results of Shotgun Farmers campaign on our case studies page.