Recently, I decided that I wanted to start blogging again so that I could discuss various aspects of game development and the game industry. In the hope that it will help to improve my own understanding and provide some insight into the world of Game/Level design. 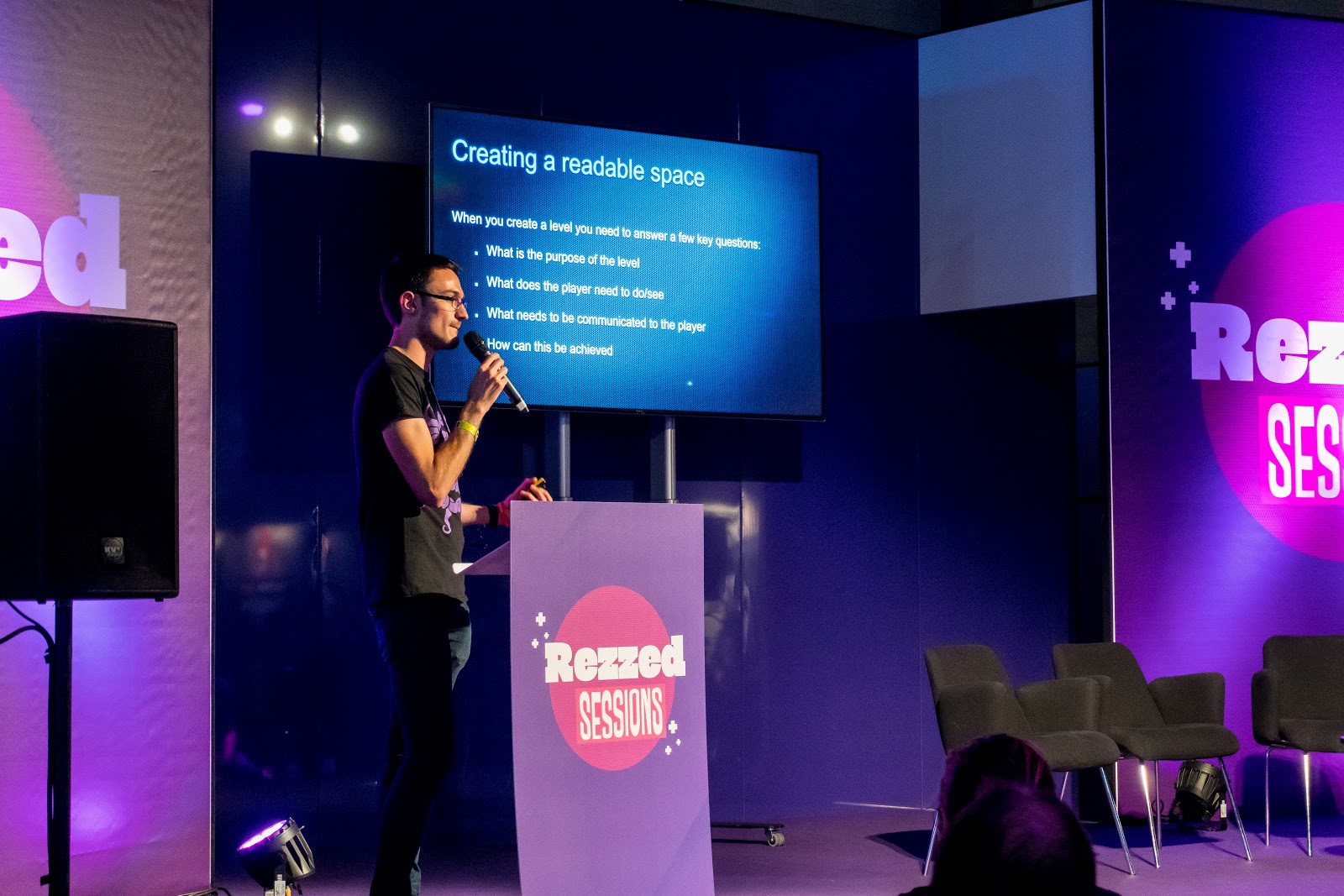 Back in September last year, I was invited to do a Rezzed session at EGX, where I decided to talk about level design, as that’s one of the areas of design I’m most passionate about. So as my first blog post I wanted to take some time to explore what goes into creating a navigable space.

Fun Fact: Level design is an area that I’ve always been interested in, and where I got my first real break in the industry. My first real industry job was working as a QA/Design intern during my final year of University which gave me great insight into development processes. Shortly after graduating I joined Coatsink as a level designer working on Shu, I have been with the company almost 3 years, in which time I have worked my way up to become Lead Designer.

What is a level?

This might seem obvious to most, but due to the sheer amount of terminology, you’ll encounter, defining exactly what a level is, may differ from person to person or even game to game. Level’s can also be characterised as missions, stages, maps, worlds, rounds, waves, acts or chapters. Put more simply a level is a venue/space used for player interaction. That being said - even though the terminology we use might differ, what goes into a level is usually the same. With that in mind what I’m going to discuss is, by no means, a definitive definition - but some of the characteristics should go into creating a good level.

As a level designer, you’re tasked with creating levels, missions, stages, episodes or player areas. These are just a few of the terms that are used to describe the spaces that a player will encounter. A level is usually a space that has been constructed to convey a series of different gameplay events, that are composed in such a way that they can if done correctly, lead the player through an environment.

Regardless of the type of level you create, all levels have some kind of play space - an area identified by a designer in which they allow players to play, usually defined by logical boundaries. These spaces aren’t always boxed off, some are more free-form and allow players to come and go as they please, but any space in which the player must occupy to complete a challenge, objective or perform an action is defined as a play space.

A play space is usually comprised of a lot of different elements and different types of information and, as a designer, it’s your job to ensure that the player doesn’t become too overwhelmed or get lost while trying to navigate.

A large part of any play space, are the challenges that it presents to the player, the severity of which can differ greatly, throughout the game. These challenges can be both big and small;  Defeating a large group of enemies or using logic to solve a puzzle that has multiple stages and requires players to utilise the entire space. Smaller challenges can be as simple figuring out how to navigate through spaces successfully, there doesn’t always have to be a conflict to create a challenge. Look at a game like Portal most of the challenge comes from figuring out how to get through a space by setting up portals is the correct configuration.

Most spaces will always present some kind of navigational challenge, so it’s important that these space are navigable. Good player navigation should never take control away from the player, levels should be intuitively designed so that players understand what they have to do and how they can achieve it, using the mechanics and tools they have available. This can lead to players feeling more empowered it can also help to establish a certain level of emergent gameplay.

Player choice is an important thing to consider when creating a level even when the destination or objective is predetermined and will always be the same. Even when you have a linear experience or sequence of events it’s still possible to offer players the illusion of choice. This is most commonly achieved by presenting players with multiple ways to accomplish something so the destination may always be the same but the decision is up to them. We call this the illusion of choice because despite that it’s the player who chooses how they get to a destination, where they have to go, it’s always the same. Uncharted 4 embraced this approach, you were given small open environments to explore, but you always left through an intended/ predetermined exit.

When designing and creating a level you need to think about the affordances you offer to the player. Affordances account for any visual aspects found in a play space, and how they’re presented in relation to the player’s goals. In level design when we talk about affordances, we usually refer to the clues we give to the player, about how something can be used - either through the object itself or the context in which it appears.

As level designers, we can utilise affordance theory to help make spaces more readable and easier to understand. Affordance theory states, that the world is not only perceived in terms of spatial relationships and object shapes - but also in terms of object possibilities for action, the affordances. For example, a door in a game has multiple properties, it can be open or closed, locked or unlocked and even obstructed. The characteristics of a said door can be shared but there needs to be some kind of difference that informs its current state. 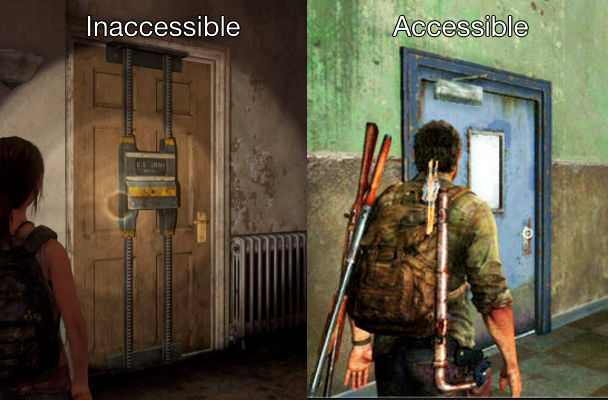 A door that is left partially open with no obstructions will be interpreted as usable. Likewise, a similar closed door with no obstructions will be interpreted in the same way. If you don't want the player to use a door make it obvious that it is obstructed or locked through the visual language you use. When identifying what affordances will appear in your level, it's important to remember that perception drives action. So, in the case of a game, it’s important to think carefully about how areas and objects will be perceived. If it looks like the player should be able to interact with something, then they should be allowed unless there’s a well-communicated reason why they can’t.

Affordances need to be careful consideration when you’re building out a play space - but they aren’t the only thing that goes into making a good level. Levels should be fun/interesting to navigate when trying to achieve this, you need to address various factors.  Avoid causing frustration and make sure your design intentions are clearly communicated. If they aren’t it won’t be clear to the player, leading to the player becoming stuck or lost - potentially giving up - and no one wants that!

Techniques that can be used to help with communicating information include colour coding, signposting, waypoints and even lighting. When applying techniques to communicate information to the player try to ensure that the visual language you use is consistent so that player can start to identify the relationships between the language used and what it is trying to tell them.

One of the more common techniques that we see used in games to aid navigation is colour coding. Good use cases can be found in Horizon which use yellow paint to highlight your way forward especially when it comes to climbing, likewise, Rime also uses colour coding to highlight climbable surfaces and show the around cliff faces. 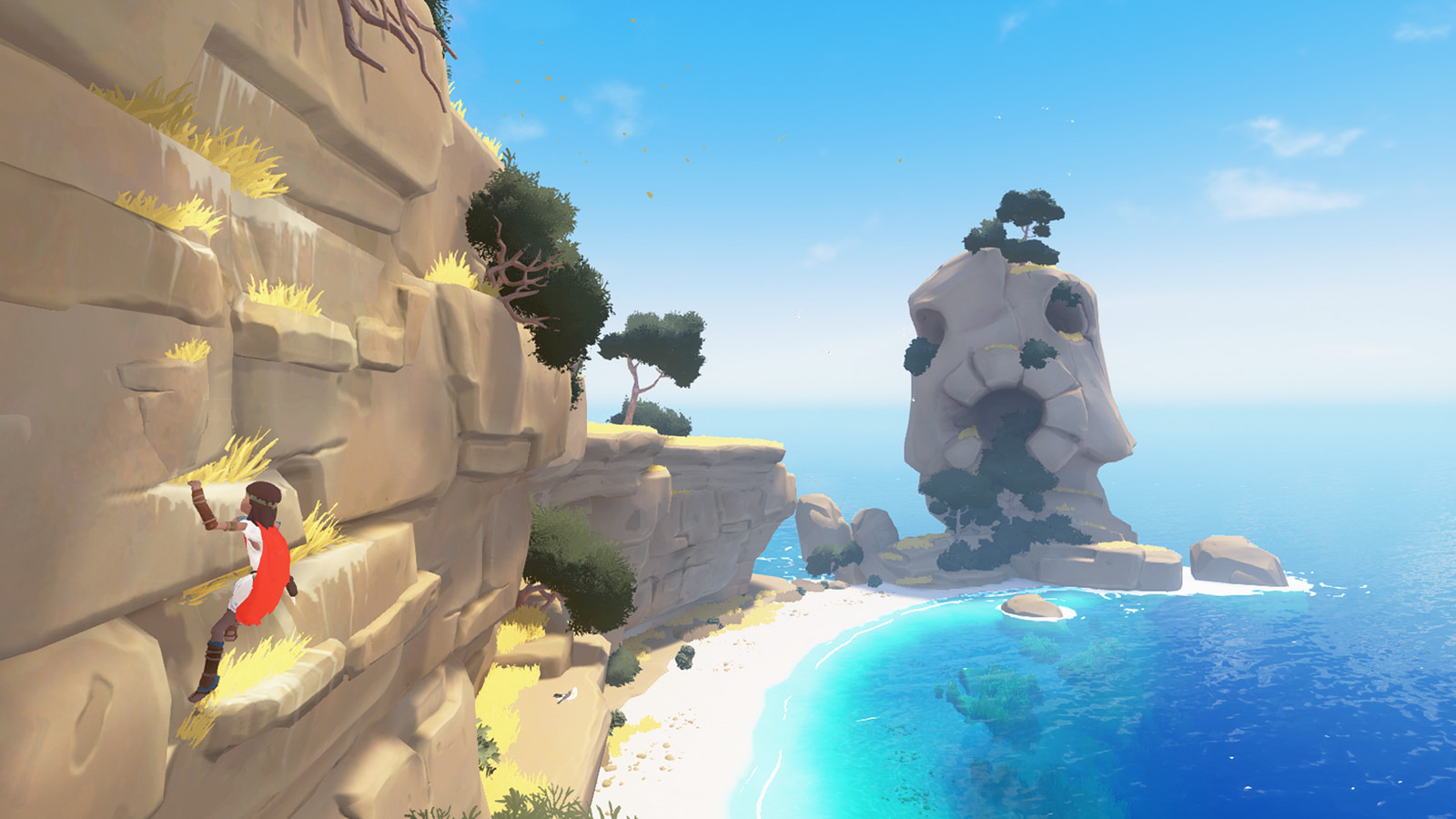 Level progression influence’s how a player navigates the space, it also allows the developer to control pacing and how events unfold. Progression can be a powerful tool for a designer; it allows you to dictate how and when players will reach certain areas when they will learn new information and encounter mechanics which means you can ensure a player doesn’t end up in a situation where they aren’t prepared.

One of the last areas that I wanted to touch on - when it comes to designing and crafting levels - is the concept of, show don’t tell. Levels should always tell the player what to do, but not explicitly how to do it. When building and designing a level make sure you provide all the tools (mechanics) and objects (props) that the player will need in order to overcome whatever obstacles and challenges that come their way. Level’s don't have to be exclusively used for telling the player what to do they can also be used to tell stories. Visual storytelling is another aspect of level design that can help to better establish a game's story and emphasise the current state of the game world, in how it reacts to the player and their actions.

You don’t need to necessarily need to show the player how to do it, if your level is intuitive enough and the game mechanics are well-established, players should be able to figure out what it is they need to do.

Well, that's it for this post, in future posts I will look into some of the different level design techniques that can be used to encourage navigation and help to create believable and readable spaces. I’ll then take look at a general level design.

Thanks for taking the time to read my post, hopefully, you found it a little interesting until next time take it easy :)