The Addictive Pulls of Gacha Design


Gacha, or Gachapon, is one of the most popular systems for free to play casual and mobile games. While these games may be simple from the outside, they feature complex systems of progression to get people hooked on playing them, and are as fascinating to study as they are controversial.

Gacha and Lootbox design are similar in most aspects. Both are designed around the player spending money or in-game resources on the chance of getting something good. Typically a game will make use of one or the other, not both.

The key difference is the player's knowledge regarding what they're going to get. With Lootboxes, the player is always told what items are possible to get from said box. This allows the developers to categorize drops based on different lootboxes.

With Gacha, the act of using the mechanic becomes a part of the process. Games that make use of Gacha design will usually feature multiple Gacha options. We usually see at minimum three:

With that said many games that feature Gacha design will also have limited time events when one or more additional Gachas will be available. How Gacha becomes a part of the progression and gameplay is one of the major hooks of the design.

Gacha design is about randomized progression based on rarity. Most Gacha games will use a 1 to 5 star system with 1 being common and 5 being the best. As you go higher in terms of stars, the stats and options will scale higher compared to the lower options.

Because of the focus on abstraction, Gacha works best in RPG-based systems as opposed to action-based design. When it comes to these games, the abstraction is the sole form of progression. It doesn't matter how good you are at the game if you're dealing with someone who has higher quality goods.

Gacha favors abstraction, because it's easier to balance and scale

Getting to the point of being powerful in a Gacha game is never easy or cheap. These games will make use of multiple resources (all that can be purchased with real money) required to level up characters. Once you get a fully starred character to the max level that character is done, but usually you will need to repeat it for a full team.

Reaching the point that you are competitively viable requires a lot of time and/or a lot of money to invest. This also presents a similar wall to people who pick up CCGs like Hearthstone or Gwent long after their release.

Gacha-based design will have the option to get a five star item through a Gacha pull, but the percent change is always low. Like gambling, this presents the allure of "hitting it big" with one lucky pull.

One of the best parts of Gacha design is how it streamlines the decision-making for both consumers and designers.

Gacha design smoothes out a lot of the complexities of other games. From a consumer point of view, the stars are the be all/end all in terms of optimization. Because higher star items always have higher stats and growth, they will always beat out lower star items.

From a design point of view, it becomes easier to balance and scale content based on the star system. Each rarity has a power range that the item can fall into; allowing for easy balance. When it comes to adding new content, the developer has the option to add in another rarity tier or extend what's already at the top.

This can also be used as a way of adding in special events. It's very easy to tweak the percent chance, creating a limited-time Gacha, and convince people to try their luck (and money) with that one.

Designers can also view this from a point of balancing the content in the game; with many Gacha-designed titles have the challenges scaled to different rarity tiers.

With all that said Gacha is one of the most insidious forms of microtransactions and really brings in the debate of gambling and game design.

At the end of the day what makes Gacha so addicting are the same pulls of gambling. You are putting money into a machine for the chance at getting something great. One of the big points about Gacha design is that you can rarely buy something direct. On the rare instances that you can, the price will always be several times higher than what it would cost to roll the Gacha.

Microtransactions in these games simply don't offer real value to the player. If all you're buying are Gacha rolls and more resources, that doesn't equal actual content. As we talked about further up, games that feature PVP elements can create a price wall for new players trying to join. 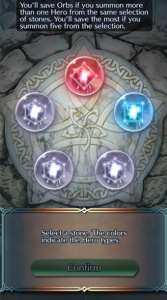 The only way to make progress in Gacha design is to spend a lot of money, time, or get really lucky

The big problem with Gacha design is that it completely skews the time: money relationship in favor of money. Yes, you can eventually get access to the five star options you need, but it can take weeks or months of playing to reach that point.

Gacha design combines simplistic progression with the allure of gambling. Due to the focus on randomization, it is very easy to keep people coming back thanks to the hook of trying to get lucky.

This kind of focus is going to be very hard to balance for a PVP setting, because competitive players don't want to deal with pay to win.

At the end of the day it's important to realize this point: Gacha design is a form of gambling no matter how you slice it. You are giving money for the chance of acquiring something good with no real chance to manipulate things in your favor. In recent months, lawmakers are requiring games to actually show the percent chance behind their Gacha systems.

No matter how interesting or involved the gameplay is, Gacha-based design is always not in the player's favor. And while it is a brilliant as it is insidious, there are too many full-valued games out there for me to spend my money on a pull of the slots.