Survival Horror, Then and Now


One of my biggest passions with games is the Survival Horror genre, and lately I've been working on these designs in my free time even if our studio isn't seeing possibilities of working on projects of this scale anytime soon.Â This piece is about theÂ analysis I've done to set down the guidelines for the designs.Â

Beauty Is In The Eye Of The Beholder
The first goal I set up for the design was to capture the feeling I had when I first played Resident Evil 2 as an 11-years old. But was it the game or was it me? I came to the conclusion it was a sweet synergy of both, also influenced by the technical limitations of the time, but somehow the overcoming of thoseÂ limitationsÂ lead the designs of the genre in a direction that didn't share the same qualities. So for all the examples here I'll use classic RE, first because it was the game that hooked me into Survival Horror, but also because this article is about game mechanics applied to atmosphere and feeling, therefore most good games in the genre can be represented by it in this case as long as one doesn't miss the forest for the trees.Â 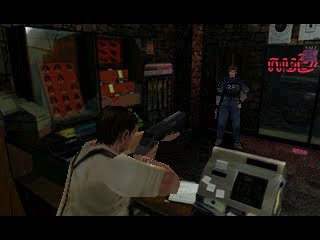 Chest high cover, that is what we need!
The Opposite of Survival Horror
Here comes the first unintuitive conclusion I got to for design analysis purposes: horror in games is always a sub-genre of something else. As I mentioned this is about game mechanics, so whileÂ thematicÂ matters as a requisite for anything to be considered horror, a good gaming experience is one which's mechanics and thematic are inter-wired to leverage each other. It can arguably be said that any narrative thematic in video-games is an adjective sub-genre, as a Power Fantasy can be an FPS, TPS, Beat'em'Up, or something else.Â The opposite of Survival
Horror is Power Fantasy. A video game can't be both at once and succeed at it.
As horror is always a sub-genre, the conclusion I propose as to which genre Survival Horror nests to is also an unintuitive one: Survival Horror is a sub-genre of Stealth. Classic Resident Evil is a Stealth game.
Don't throw your rocks yet, both games have more in common than it might seem at first, the differences between them are actually only two: their thematic (which ties to the feeling they intent to evoke), and the time they came out (which defines the quality of the mechanics each one uses). TheirÂ resemblancesÂ go beyond the core basics of Stealth mechanics, everything else is just scale and complexity.
Â 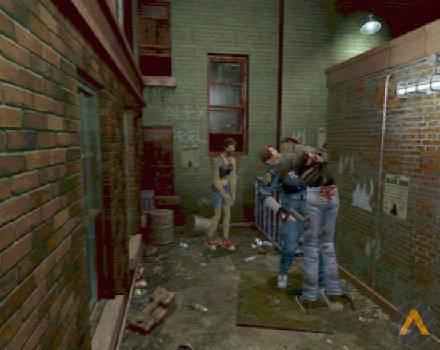 You have been spotted!
What both game groups have in common:Â
1) Semi-open world design. In both stealth and RE games you can roam around in the levels and between them, having persistent obstacles around and limited means to clear them out as you might need to pass through the same areas more than once. You can go fromÂ beginningÂ to end and back if you want to (except when specific plot events make it impossible), which creates a sense of place with the game world, while games in which you only visit each place shortly and once can't achieve that feeling.
Sure, the world in open stealth-action titles is really big in comparison to RE. But the purpose and intention are the same, the difference is in scale.
2) Enemy awareness and alarmed state. Be it one game or another, common enemies will only chase you as a target once they're aware of your presence. You make them aware of you by attacking them or triggering their sensorial systems.
Sure, RE uses mere proximity detection as a sensorial system while stealth-action has vision cone, sound system, last known location, agent communication, in-world mechanically operated alarm, body spotting, cover peeking, light and shadow visibility, behavior threes, neutral state and so forth. But the purpose and intention are the same, the difference is in complexity.
3) Quest-based progression. In both games, the progression is made byÂ traversingÂ the levels around back and forth, having to go to locations known and unknown, often travelling many times through the same enemy-filled areas, having some sort of system that tries to lead the player into managing when to avoid, when to disable these obstacles temporarily and when to clear them forever, based on the consequences of each choice and how many times you might travel their influenced zone.
Sure, the means of stealth, disabling and eliminating obstacles are different, as so are quests organized differently in both games. In RE you have a gap in the wall that reads "something circular might fit here" and once you find it you know where it's for, while in modern quest-based titles some NPC tells you "go in this place, do this and come back to report".Â But the purpose and intention are the same, the difference is in complexity.
4) Avoiding or canceling obstacles (Fight or flight). Players must either avoid obstacles, possibly having to repeat so again in the future, or disable them temporarily or permanently and deal with the consequences later. This is true for both games.
Sure in some stealth-action games you avoid them by going around 30 meters away from them, while in RE you do so by 30 centimeters. And sure, the way to deal with temporary and permanente disabling are different in method and difficulty, and so are the combat controls for each game.Â But the purpose and intention are the same, the difference is in complexity.

Beyond all that, everything else is a matter of complexity and scale, which is a simple reflection of times, resources, technology and budged. Or a matter of thematic and intentions for each game experience (Survival Horror vs. Power Fantasy).Â

Â
Â Back-stabbing won't work with me.Â You're the one being hunted, don't lose respect!
So What Now?

Based on that analysis, the conclusion is that modern RE2 would be a Stealth Horror game (which wouldn't change much as a sub-genre name, because Stealth is Survival, and the only mechanic the term "stealth" carries today that RE never had was backstabbing as an ammo-free move to clear obstacles permanently (though the defensive items from REmake could fills and ammo-based backstabbing system similar to the one used in Manhunt), everything else from the stealth genre remains, plus a quest-based open-world style of level design. Not as big and open in the sense of "freedom", which fits the horror thematic and mood quite well (while Downpour received mixed responses in it's use this feature in a bigger scale then it's previous entries).
The final conclusion as far as basic mechanics go: Survival Horror are Stealth games (the complex evolution of simple fight-or-flight mechanics) with:
1) Persistent world to be explored: mixing feeling of unknown places (sense of danger), known places (sense of security to leverage sense of danger in unknown areas, and sense of being locked without escape), persistent enemy instances (creating entity personality: "that one enemy always in that place"; and psychological hierarchy of status between player and enemies by exploring backwards cognitive assumptions: "I'm hiding therefore I fear them").Â
Back then:
a) Some players thought the enemy bodies disappearance was due to some mysterious entity dragging them away, some monster eating them, or simply them coming back to life and walking away when the character was in another place. Which is one example of technical limitations of the time having unforeseen positive effects that got lost with times, but that can easily be reproduced with different solutions.

b) The persistency of the world, added to the random encounters with NPCs,Â added withÂ theÂ bodiesÂ disappearance, added with the environmental soundtrack,Â added withÂ the replacement or rearrangement of enemies from times to times, made the players believe there were things going on outside of the room and the building they were currently in and there existed more world and dangers out there (making the "it's too dangerous outside" have a meaning gameplay-wise, not only story-wise), which in turn added to the sense of being trapped. Also an aspect of technical limitations as re-usage of environment was a necessity due to storage and budget.Â 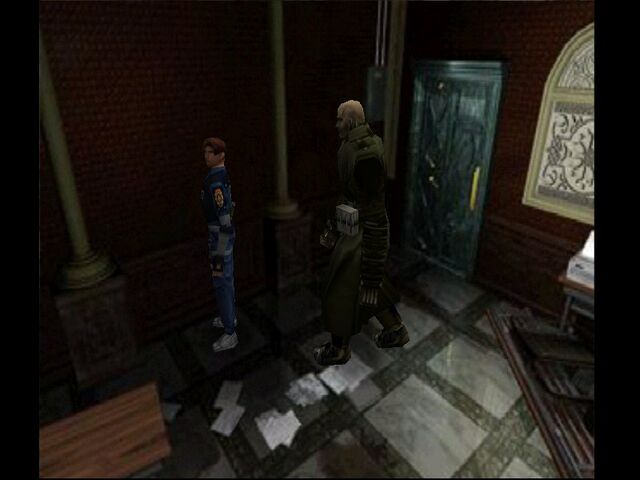 Â I have a weird sensation there's something out there...
c) The fixed camera angles, used to enable higher graphics quality than possible at the time, also helped fasterÂ relationship with theÂ environment since the angle at which each place was seen were always the same, accelerating the build up of the sense of security from known and enemy-clear areas, and leveraging the impact fromÂ unexplored paths. Another positive side-effect of technical limitationsÂ that was lost in time, easily fixed by good environment design with landmarking and environment personality, making it easy to tell one area from the others.
These aspects help immersion by world consistency.
Â
2) Trade-offs for avoiding, disabling or eliminating obstacles: risk-reward mechanics, fight or flight decisions,Â empowerment of enemies in the players mind,Â persistency and personalization of dangers, resource management tasks, avoidance routines, logistics planning.
These aspectsÂ help immersion by task distraction (the interactive way).
Â

Poor Brad chose the wrong option...
Conclusions
What we have to do to re-create the classic Survival Horror feeling is to identify and re-create the intended, unintended, and hidden mechanical aspects present in the classic games, which can be generally simplified in three core features:
- Stealth: enemy awareness mechanics and fight-or-flight decisions to add sense of tension and realism.
- Persistent World: explorations and quest-based progression with re-usage of scenery to pace feelings of known and unknown, safety and danger,Â (persistent enemies, coded or tricked dynamics,Â locked doorsÂ and sense that there's more world outside).
- Distractions: mundane tasks to perform (item management, logistics planning, scavenging, stalking) to keep the players' minds distracted inside the game world, making it grow believable and real in their imagination (these are also replacement for the moment-to-moment cycles present in fast paced action games, but while not as immediatly rewarding, they can create deeper connections with the world).
Also adding to these mechanical aspects there's the basics for story in horror games, which is the forth core aspect: have a mystery, raise many questions, and then raise more questions. The presence of exploration and unexplained mysteries is the forth core element. The atmosphere and story element is not studied in this article as it's about the mechanic support that makes a Horror game into a Survival Horror game.

Lastly, an example of a game that has all these four core aspects working together: Minecraft.Â 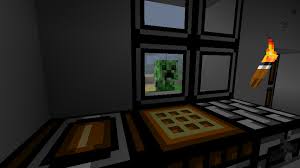 It's too dangerous outside...
Research

From googling "Survival Horror" for "Last 24 Hours" everyday for a long time already, there's a lot I could put here as sources, but instead I'll just link my favourite source on the subject of horror games:

About GamesÂ
In case you're interested in Survival Horror and happens to be attending the SBGames 2012 next weekend and want's to talk about horror games or want to hear about the design I've been working on at home, hit me at the Candango Games stand or in the AI presentations, all three days of the event. Let's talk about games.