"What shouldn’t I do in my next trailer?” is the second-most-asked question I get (the first is "how much?"). Anybody can make their own game’s trailer, but it takes craft to do it well. Here's some traps to avoid:

Think from the uninformed viewer’s perspective: they don’t know how your game works or what the goals are. Use that knowledge to teach them how to make sense of what they’re seeing. You don’t need to teach them exactly how to play, but they need to understand enough that they aren’t lost.

Games typically take hours to make players feel competent in a world, but your trailer has to do that in one minute. Pre-established genres have a huge advantage here, so if you’re genre-mashing or creating something altogether new, consider this your first major hurdle: players can’t imagine themselves inside of a game they don’t understand. You may have to straight-up tell viewers what’s happening on-screen (like in the FTL trailer) — and that’s okay. Just get them there.

You failed to hook me

Forget showing your logos. You’re not LucasArts, so flashing your logo doesn’t make people say, “Oh, this is gonna be good.” Your best game moments should do that.

Give context when needed, but make sure that you hook players fast. And don’t wait thirty seconds to show the best parts of your game. Some major movie trailers now start with ten seconds of the most interesting scenes from the movie, devoid of context. That might not work for everybody, but it demonstrates a good practice of hooking viewers first.

You said too much

Don’t try to cram too much into 90-seconds. I get it. You want to make sure viewers know enough to make an informed purchasing decision. The problem is that when you say too much, you end up saying nothing at all. Leave room for imagination and mystery. Stick to a singular focus. Apply the KISS principle. Stick to your heart (your game’s true heart — that speaks to the player’s motivations). 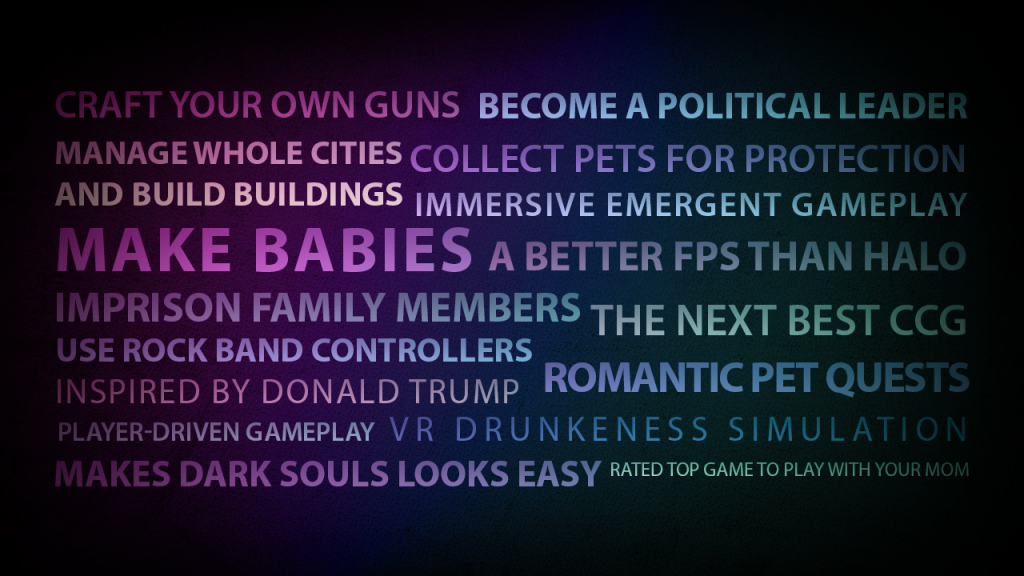 You forgot the player’s motivation (and just listed features instead)

Don’t just list your game’s features. Drop the bullet-lists. Show what feels good about your game — the parts that make your lips curl into a smile and make you say, “Yeahhhh!” Hyper Light Drifter grabed me because the release trailer took me to a place full of tension, secrets, and underlying mystery. I didn't know yet how much the brutal difficulty would shape and inform that, but I knew I wanted to feel what it's like to be in that world. Players want your game because of how it makes them feel. Show that.

The best stories feel like a well-designed roller coaster. There’s there’s a rising action, there’s loops, a climax, and a resolve. It’s this emotional back-and-forth that makes an impression. As I stated in my full article on this topic, Ask yourself: what are the player’s emotional highs and lows in my game? If either end is lacking in the trailer, the player will subconsciously feel it. The emotional ride will “taste” bland. Think of good Thai food. It focuses on four key notes: sweet, sour, spicy, and salty. Too much of any one of those and you crave more of the other. As Kert Gartner likes to ask, “Am I creating a story with my trailer?"

I’m not gonna share your trailer with my friends unless it’s unique and memorable. If it looks just like something else I played, I’m closing the tab. Only showing familiar game mechanic bores viewers. Don’t bore them. That’s a death sentence.

Play-up your game’s uniqueness. Feel free to go to town. It’s okay if your trailer looks better than your game itself, because some genres just don’t play well with trailers. If your game’s all about stealth, please don’t show yourself hiding behind cover for sixty seconds. Yes, that’s true to the game-feel, but players need to see what happens when the crap hits the fan. That fan-crap-spray makes a player’s day. Let it fly!

You rushed your trailer (and it shows)

I like to call this, “oh shit, we need a trailer tomorrow.” Another name for it is “meh, this’ll do.”

Everybody can edit video these days, but great video editing takes time. Ninety percent of great writing is rewriting — and the same goes for video production. First drafts only take a few hours, but if you think your trailer is ready to go at that point, you’ve got another thing coming. It annoys me how long that ‘hell stage’ of trailer production lasts, but great art takes time. You should put that as a reminder on your desk somewhere (especially if your game is taking years): “Great art takes time!”

Plan-out for when you need your trailer. Planning on a September release? Start your launch trailer no later than the beginning of August. I usually say “three weeks,” for a trailer turnaround. And sometimes that’s rushing it. If you’re doing the trailer yourself, you should keep that time frame in-mind. Your trailer is the first thing people see on Steam — it’s usually what pushes folks towards or away from a buying decision. Make sure it tips them in your favor and shows that you put time, thought, and quality into your game.

This was originally posted on the author's blog. You can find M. Joshua's trailer production work at mjoshua.com. Reach out to him for consultations at [email protected].