Soon I will be shipping Star Vikings, my fourth major commercial release. As always, I try to look back and think about what I have learned and if any of that could have any value for the game design community at large. Designing this game has been a very interesting experience overall, but the use of randomness is maybe the most valuable topic to discuss.

Star Vikings is a “Puzzle/RPG” in that it has a quasi-turn-based, puzzle-like core gameplay loop reinforced by the classic “dungeon crawler” tropes of customizable, upgradeable characters in a party with limited resources - you can level up, acquire new skills, get gear, all that crap.

Yes, it’s a weird game, but I think it’s the good kind of weird. It is releasing this week (October 6th) and will have a free Demo, so I suppose you can try it out easily regardless of when you are reading this article.

The thing about the game, though, is that it can get quite complex. Back in 2009, I wrote an article about casual game design using PopCap as a case study, and declared that fast pace and a limited amount of possible decisions to make at any point in time (that is, a small space of possibility) were key to get that “casual”, relaxed feel.

In a game like Star Vikings, however, there are too many moving parts, and analysis paralysis is a very real risk. “Analysis paralysis” happens when you have just too many things to consider, too many possible actions, and you end up making an ill-informed choice that will make you feel bad regardless of the outcome - or just doing the same basic things over and over. All that time wondering what to do also slows the game’s pace down to a crawl.

So my main design goal with Star Vikings was to keep the “casual” feel of the game while still allowing for deep gameplay that was rewarding to master. The design challenge, then, was: “how do I keep time between plays constant while adding more and more complexity to the game”?

My answer was “randomness”. 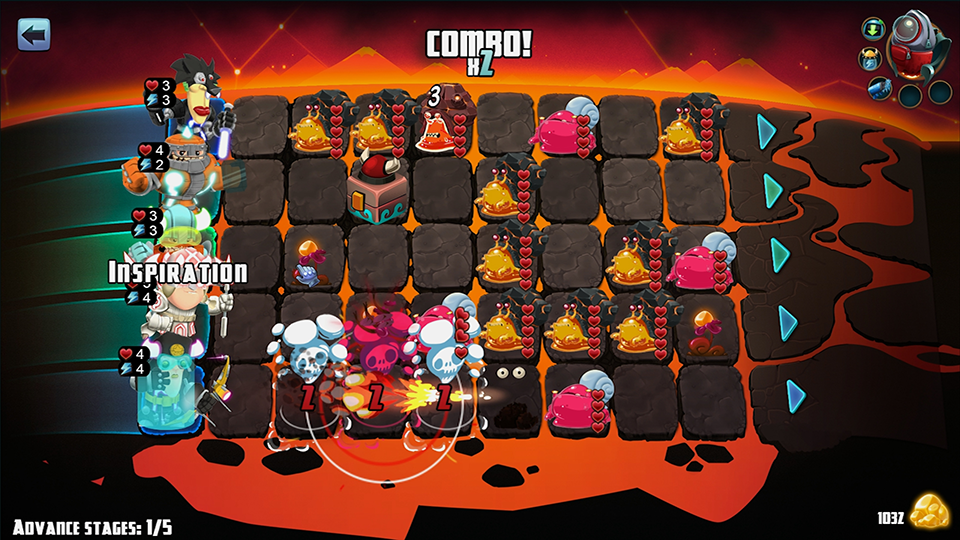 The impact of randomness on decision making

Here’s the problem with Star Vikings: there are 6 viking classes with passive traits, lots of possible skill combinations and equippable “Hats” with varying gameplay effects. You can have 5 of those on the board at the same time. You can also have up to 5 consumable items at your disposal, and you deal with a plethora of different enemy types and environmental hazards.

That does not sound “casual” at all, does it? If all of those skills and effects triggered 100% of the time, a player who is trying to play to the best of her ability would have to consider each and every one of them in order to make an informed play.

That’s not the worst part, though. Enemies react in predictable ways (hence the “puzzle-like” nature of the game), and the core gameplay revolves around manipulating them to create cool chain reactions and “combos”. So in theory it would be possible to not only map out the actions of a single move, but also to plan several moves ahead - maybe even the entire match! Sounds like a lot of fun for a super-computer, but not that much for a human player.

My main solution to this nightmare was to add random trigger chances to some of the abilities. What it does in practical terms is reduce the time between plays - drastically! You cannot “count” on those abilities triggering, so it’s best to plan without them. If they happen, that’s a cool bonus.

But that had an even deeper impact on the rhythm of the game: it made long-term plans useless. At any time during your carefully crafted masterplan, a passive skill could trigger - and now the optimal play is to seize the new opportunities created by that skill, instead of just following the previous plan!

So just by having these random triggers there - and it really didn’t take too many - the “best” way to play Star Vikings shifted from carefully considering several moves ahead to just making what seemed to be the highest-value play at that particular moment, and then waiting to see how the game responds.

In many ways this made the game much faster, more fun and more surprising, almost simulating an opponent on a zero-sum game. Even on a single-player board with relatively static elements you still had that feeling of waiting to see how it will play out.

I minimized player frustration by keeping all of the random effects positive. Whenever something unplanned happens, it’s an opportunity to seize, not some random punishment. When I do have to include negative random effects, I communicate them very clearly and give players ample time to see it coming and adapt. For example, on the final Act of the campaign we introduce an enemy that can hurl projectiles at your characters. The targets and the timing of these attacks cannot be predicted, but the enemy communicates its decision beforehand and gives the player a few moves to decide how to deal with that incoming projectile. 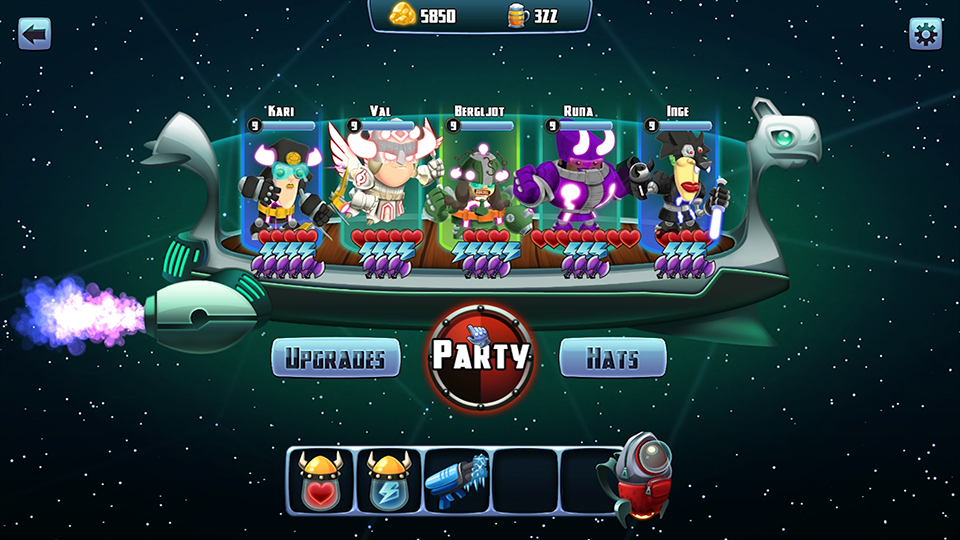 The game will release this Thursday, and I foresee that one of the main complaints that “core” players will have is that the game relies too heavily on “luck” - the classic “too much RNG” criticism.

I could (maybe should?) write a whole article on the relationship between skill and chance, but as I’ve wrote previously, human beings are terrible at dealing with probabilities. Top players and designers understand that risk management is, in fact, a skill - that’s how professional Poker players can be consistently good at a “luck-heavy” game, for example. The majority of humankind, though, does not share that view.

Emotional player responses are, in my opinion, much more important than number-crunching. Even if you, as a designer, are very confident about your numbers and stats and knows “what’s best for the game”, if the community at large is still complaining about the game feeling “too random” or unfair, you have a problem. If that’s the case with Star Vikings, I will do my best to try and reduce that feeling as much as I can in future patches, regardless of being able to prove them “wrong” or not.

As an ongoing, “live” design, I reckon that Star Vikings will still change and maybe teach me enough to warrant a new article or two. No matter what changes I have to make, however, I will stand by the core principles of why random effects were introduced. They make the game better. To fully solve the issue without resorting to random effects, I believe I’d have to go back to the drawing board and redesign the core gameplay to support good pacing without resorting to high levels of uncertainty. Maybe Star Vikings 2?

In any case, on a design standpoint, I am very excited to see how players’ reactions will be to this weird game I’ve built. I promise to let you know how it went ;-)