(Almost) Made in Brazil: Going Mobile & Embracing Fully-Localized Code for Each New Territory

DDTank has been featured by Google Play in Brazil. To celebrate, we at Game Hollywood would like to share with Gamasutra readers why we decided to have separate versions for each of the languages – rather than one giant communal version – and explore the thinking behind converting the game from desktop to mobile.

Why Invest in Separate Language Versions

Most games tend to have one version. There are certainly advantages to this. For example, uniformity of gameplay and design can save a lot in development costs. We wanted to take some risks though, so it made sense to release a separate build of DDTank for each language (simplified Chinese, traditional Chinese, Taiwanese Chinese, English, Vietnamese, Malay Chinese and English, and Brazilian Portuguese) -- stemming from our own roots as a Chinese company.

China tends to be fairly “group-minded.” People feel a lot closer to those in their community, and they’re more willing to share and communicate with them. We wanted each version of DDTank Mobile to be meaningful to each country’s particular culture.

Let’s take a look at DDTank Brasil, which has been translated fully to Brazilian Portuguese.

In most games, it’s not difficult to find a guild where most of the members speak your language -- but a major part of DDTank is getting paired up with strangers. It’s really hard to strategize with someone who doesn't speak the same language! It’s also difficult to give advice or provide constructive criticism. Creating versions unique to each market has greatly simplified language-related issues.

One of DDTank’s most important features is the variety of outfits players can wear. Players are given the opportunity to dress up as pirates, ninjas, teddy bears, and more. We wanted to be able to offer localized outfits to players -- ones that only they would be able to use. Here are a few costumes from Carnaval -- which are only offered in DDTank Brasil: 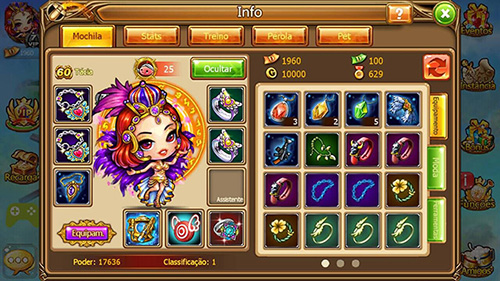 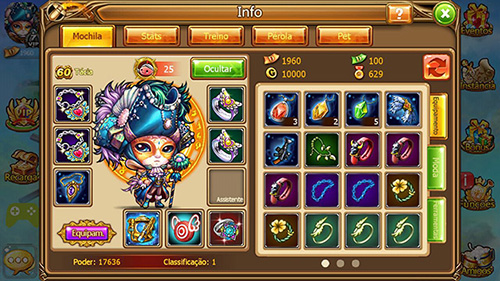 Finally, we’re really big on Facebook events here at Game Hollywood. Having a Brazilian language version allows us to select events that are well-known in Brazil, but less known elsewhere. Sure, if you’re from Canada you may know what Carnaval is, but do you really care about the Festival de Música? Probably not. 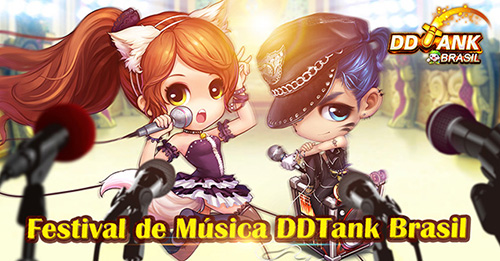 There's a lot you can do with separate language versions. This doesn’t mean that our strategy has no disadvantages. There’s increased cost, and the fact that some players want to play with friends who speak other languages. It has also been impossible to launch each version at the same time. However, we’ve found the process to be well worth it overall -- particularly for community building.

The web version of DDTank still gets about 1.5 million monthly users across its various platforms, and it has seen more than 100 million registrations across its lifetime -- mostly from China. We have pretty close ties with the developer (7Road), so we jumped at the opportunity to use the IP. After 18 months of “on and off” progress, 40 of our staff members eventually finished work on DDTank Mobile. 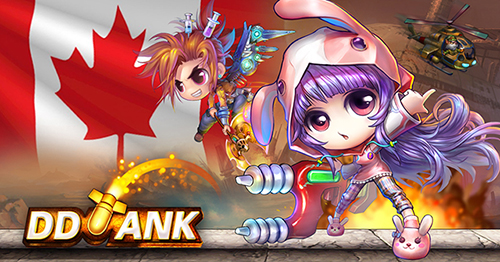 The biggest challenge when converting DDTank to mobile was keeping the same “feel” as the web version. We considered changing the firing mechanic so that players could drag and aim (think Angry Birds), but we ultimately decided not to pursue it due to lack of accuracy.

One of the bigger changes we made was the addition of offline play. A lot of mobile games these days have opted to be online-only -- especially here in China. It makes sense in a lot of ways: There’s a lot of lost revenue because players can just hack the file and add currency or items -- but if a game gets really popular then someone will create their own hacked server, and you’re stuck with the same problem. Then we thought about certain players who don’t always have access to the Internet. Half the time when I play real-time PvP games on the subway, I end up getting disconnected and thus lose the match. We wanted to strike a balance, so we made some areas of DDTank online-only; however, if being online wasn’t absolutely necessary (think campaign mode), then being online is simply not required. We found that most of our players could understand the compromise and were happy with the results.

We decided against cross-platform multiplayer after discussing it with 7Road. To start, the web version of DDTank already has a fantastic amount of players who are extremely skilled and have essentially maxed out their accounts. We wanted to give new players a chance to catch up and not immediately be dominated by the veterans. We also wanted a fresh start. There’s a lot of goodness in the web version, but there are many things we felt needed adjustment. Finally, 7Road has a whole convoluted series of contracts and sub-contracts and meta-contracts and neo-contracts, and . . . you get the idea. Keeping the two versions separate allowed us to have something that was just ours -- and do what we wanted with it! 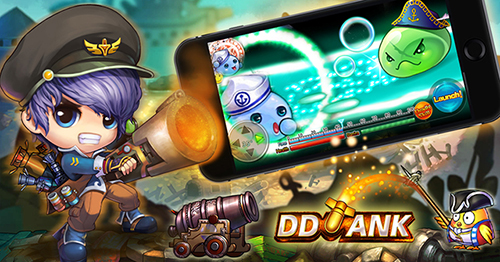 Retention was a bit of a puzzle at the beginning. In the web version, battles could go as long as 20 minutes, with players spending as much time getting themselves into hiding as they would attacking. Mobile players don’t have that kind of patience, so we had to play around quite a bit to make matches shorter. Major changes included altering maps so there weren’t quite as many hiding spots, as well as altering weapon power so they did more damage and took out larger chunks of the terrain.

Finally, we decided to use Cocos2D because the package size is so much smaller. It was very convenient, to say the least!

We’re planning to take the same route with Russian, French, and other languages. Securing the right to make country-specific mobile versions (with complete creative control, no less) was definitely the best choice for us.

Let’s finish off with some numbers, shall we?