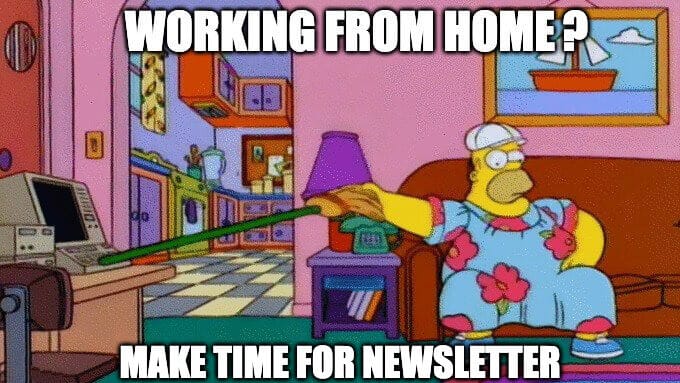 Staying at home for the foreseeable future? Perfect time to work on your game, or improve your skills, and the links this week have you covered.

Unity is offering 3 months of free Learn Premium, there are sales on game dev courses, and asset bundles. Go get after it.

The 2020.1 beta is out, and Raytracing support is a big topic. Learn all about it below, plus plenty more on different tutorials and tips to improve or start your game.

Enjoy and stay safe out there!

State of Unity 2020: In This Together - At this difficult time, we remain committed to making it easier and more intuitive for you to achieve your aspirations. We believe the world is a better place with more creators in it. Today we want to go beyond the normal, so we’re doing two distinct things to try and help: We’re providing three months of complimentary access to Unity Learn Premium so that you have access to resources to help you bring your ideas to life. We’re also delivering virtual classes through Create with Code Live, free for students, teachers, and anyone else interested in learning to code.
Unity

The Unity Library - The Unity Library is a small, curated collection of Unity related tutorials, posts and tips that I kept for personal reference, which I decided to make public as a means of giving back to this amazing community.
stelabouras.com

Sprite Glow/Outline Shader Breakdown - This shader uses a signed distance field (SDF), stored in the alpha channel of the sprite’s texture to create an outline or glow effect around the sprite. We can also produce “in-lines” or glow effects inside the sprite and have properties to control the colours and width of these outline/glow effects.
Cyan

Quick Game Art Tip - Vertical Dissolve/Teleport - Here's a vertical dissolve/teleport effect with a bit of vertex displacement. I always wanted an effect that looks a bit like particles are coming out of a dissolve, but couldn't get it to work with real particles (emission from texture doesn't like realtime texture writing). But this way it looks pretty cool too :D
Minions Art

Unity Memory Management: Unload That Asset! - I have a question for you regarding Unity memory management; when exactly is Unity releasing the memory your game assets are taking? Most game developers wrongly assume it's released when you stop using them (whatever using means). But... This assumption is wrong. Let's find out why.
The Gamedev Guru

Probability Densities - Did you know Animation Curves in Unity3d can be used as probability densities? To do that you have to integrate the animation curve (e.g. trapezoidal rule) and then do a binary search on the integral of the function.
Radek Paszkowski

Store Control Overrides - How to store control overrides made in the new input system to the PlayerPrefs and load it again. Call LoadControlOverrides on Awake. Call StoreControlOverrides after the UI rebinding calls as in the sample Unity provides.
Binary Impact

DIY Virtual Functions in Burst - Now that we’ve seen how function pointers work and perform in Burst, let’s use them to build a higher-level feature: virtual functions!
JacksonDunstan.com

Unity 2020.1 beta is now available for feedback - Discover what’s new in profiling tools, graphics, Editor workflows and more. Try out the new features and let us know what you think on the Beta forum! [2020.1.0b2 can be downloaded here].
Unity 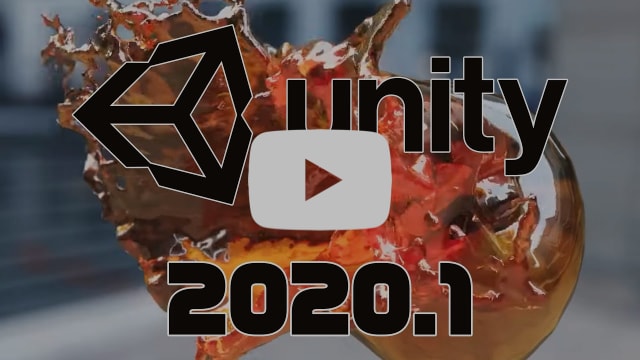 INSANE GRAPHICS IN UNITY 2019! | Ray Tracing in HDRP (Overview) - Ray Tracing is now available in preview with Unity 2019.3, and it looks incredible already! Let's check out the details!
Sykoo

Fireball VFX Breakdown - This is a spell effect I created for our indie RPG currently in development for PC and mobile. I posted the final product on Reddit and got a lot of requests for a breakdown of how it was built, so here it is! Key tools: Unity, Amplify Shader Editor, Photoshop, Maya, Procreate.
MikaMobileApps

Animal Crossing's Dialogue - The villagers from Animal Crossing express a lot of their emotions through dialogue, and this is one of the main reasons why players create such big connections with them. I wanted to experiment and see if I could achieve a similar system, using Unity!
Mix and Jam

Creator Kit Mod: Local Multiplayer! (Tutorial) - Ready to expand on the Creator Kit project? In this video, we'll show you how to add a simple local multiplayer to your Puzzle creation!
Unity

Tutorial: Use Rust to generate meshes in Unity - This video will guide you though the process of making a Rust library that can be called from the Unity game engine.
Kemble Software

Unity DOTS: C# Job System - In this episode, we look at the C# Job System, which helps you write multithreaded code.
Game Academy.school

Pros and Cons of Using Scriptable Objects in Unity - This is a clip from my Unity Game Development Livestream.
Infallible Code 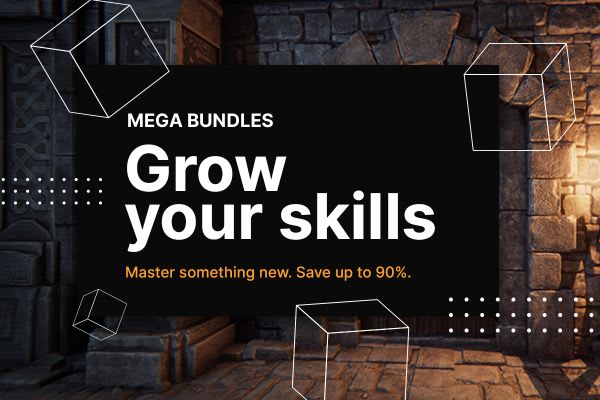 Grow Your Skills Mega Bundle - Save up to 90% when you expand your Unity skills with a curated toolkit of top-quality Editor add-ons and art assets for building amazing games and experiences. These Mega Bundles are perfect for anyone looking to level up their Editor abilities or master something new. For the first time, we’re also including a twelve-month subscription to Unity Learn Premium so you can access interactive live sessions and learning content created by Unity to grow your skills.

Get the most out of your assets with 12 months of Unity Learn Premium ($99 value) and save 90%. This package includes popular assets like Playmaker, DarkTree FPS, graphics packages from Synty Studios, and much more. Valued at $1056.92.
Unity Asset Store Affiliate

HUMBLE LEARN TO CODE BUNDLE - Learn how to code with this comprehensive bundle! Featuring the most popular programming tools and languages in the industry, you’ll learn all you need to start building games, apps, and websites, including HTML, CSS, JavaScript, Unity, Python, Java, and more!

Optimization Tools for Unity - Check out 5 optimization tools for Unity that can help you simplify your scene, lower the polygon count, clean up your meshes, analyze and improve your performance.
80 Level

Event Visualizer - Have you ever come across a project that abuses linking UnityEvents in the inspector and now you can not find who is calling what? Event Visualizer is a visual tool that allows you to see all the UnityEvents in a scene at a glance and when they are being triggered. It creates a graph in which nodes are gameobjects, outputs are any type of UnityEvent (custom ones supported as well!) and inputs are methods. FREE
MefistoFiles Affiliate 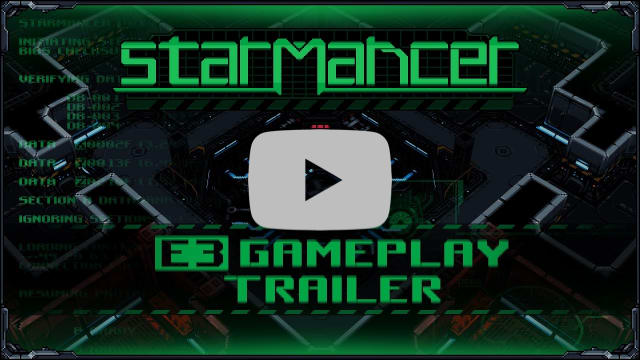 Starmancer - A tragedy on Earth forced humanity to the stars. You awake in a damaged space station, in a strange solar system populated with other factions that have formed alliances, colonized worlds, and developed new technologies.

Experience a world where you have have your own story that impacts the universe. Trade with other factions, perform missions, make friends, and repel invaders.

Design Stations
You find yourself in a strange Solar System with no choice but to gather any resources you can find and repair what’s left of your station. Scavenge derelict stations, trade, or strip mine nearby asteroids to restore your colony.

Make the station your own. Paint every wall. Change the tiling in every room. Place furniture, rugs, paintings, posters, windows, and curtains. Design a run-down mining colony, a lively space port, or a fancy resort. Force the low-class colonists to live in the dirty depths of the station, and create a utopia for the high class residents.

Manage Colonists
Grow bodies in bio-tanks and assign them a consciousness. Supply your colonists with food, water and a breathable atmosphere. Give them jobs such as doctor, miner, or farmer.

Colonists have feelings. They get upset when their friends are accidentally jetissioned out of air locks. If you're not careful, they'll opening rebel and attempt to destroy you. Keep them happy, or supress dissent by force.