Hi, so I've put together a simple post pleading with developers and gamers to focus their internet super powers on getting the ESA to drop SOPA support. If They can get the Ocean Marketing guy fired forever, I'm sure They can blow this up as well. I feel like because the ESA is one step removed from direct consumerism, it's not getting the heat like it should be.

Yet, when Congress looks as the SOPA support list and sees the ESA, "Yes, there's the game industry, right there." 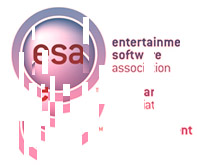 So if you work for

...your company is supporting the SOPA bill because the ESA is representing it in Congress.

Lots of people work for these companies! If you work at one of these companies talk to your boss and get them talking to the ESA! Ask what your company's stance is!

From what I can tell, my company lost plenty of potential sales of our recent game Serious Sam Double D to online piracy. But SOPA is not the answer to fixing piracy problems! You may be saying "Yes, you're not telling me something I don't already know" but have you done anything about it? Have you written to the ESA or supporting companies?Â  (If you have, good on you!)

If you love those companies, get on your favorite company's forums and complain that they are letting the ESA support SOPA by proxy! And consider writing the actual ESA as well (see below).

The Entertainment Software Association (ESA) has done a lot of good for the video games industry, including facilitating the landmark Supreme Court ruling that games should be protected by the First Amendment like books and movies, and promoting STEM to further games and learning.

Unfortunately the ESA is still shown on the SOPA support list. The "Stop Online Piracy Act" bill will be voted on some time this year (probably soon). The proposed bill will likely stifle innovation and self-expression on the internet, and grant corporations plenty of power to abuse, given the broad manner in which the bill is written. If you're wondering what the fuss is all about, here's a detailed explanation as to why constitutional scholars believe the bill infringes on the First Amendment, and a general overview of what the bill is about.

Recently Sony Electronics, Nintendo, and Electronic Arts have stopped their direct support of SOPA. But as long as the ESA is still listed, the game industry as a whole is supporting SOPA.

I know The Internet has written and complained about SOPA so it feels like someone else is handling this--but this is gaming. Gamers are being represented by the ESA saying we *support* SOPA.

If you don't agree with this then please write the Entertainment Software Association, whether you're a gamer or game developer, and ask that they withdraw their support for SOPA as soon as possible.

The current president of the ESA is Mike Gallagher, and while it's not listed, his email is likely

Please send him your email as well (I've sent one there and it's not bounced at least).

In addition, here are all current companies listed as ESA members. They will have further ability to convince the ESA to drop SOPA support, so please write them as well.

If you need a kick in the pants, here's my simple email I've already sent to the ESA. Please use it as a starting point, or even better, write something better from scratch!

I want to thank the Entertainment Software Association for their brave work over the years, such as getting video games recognized by the Supreme Court as important forms of entertainment protected by free speech. The ESA is certainly a powerful force within our government working for the video game industry.Â

But one area of the ESA's work that is very troubling is your association's support of the Stop Online Piracy Act. The proposed SOPA bill is an overreaching, broadly worded bill that will surely give too much power to some groups and result in excessive, stifling internet censorship. I agree internet piracy is an issue but this bill is not the answer. Many, many political and technology experts have come out opposing the bill, yet the ESA remains in support of SOPA.

Thank you for your time