We're releasing Serious Sam Double D XXL on XBLA Feb 20th and it has lots of "gonzo" guns. Before the release, I thought it'd be fun to dissect what makes crazy guns fun in other games. This is a design exploration as to what it takes to make a successful "gonzo" gun. I like the weirder guns in games and hope more games use them since they often push designs in new directions.Â

Armed and Dangerous was a funny, third-person game by Planet Moon Studios released on the Xbox back in 2003. The game followed a group of misfit rebels using some basic and some not-so-basic guns to save the day.

The Land Shark Gun in Armed and Dangerous is great because it brings to life a hilarious concept and is well fleshed out.

Concept: The concept is solid, easily understandable, and based on some extension of reality. It expands expectations of what could happen. People have always been safe from sharks on land, what if a shark could reach you even on land? It also helps that it works off a popular, existing media character (the SNL skit from the 70's) and is in the public's mind.

Gameplay: The gameplay is satisfying, while it is basically a fire-and-forget homing missile, it is still very effective and you're able to fire several at once. It takes out basic enemies (most of what you fight in the game) and occupies their time before killing them. It can take out several enemies in succession.

Visual and Audio: The execution is great as a whole. The shark is launched, the fin is clearly visible. When it's close to a target enemy, the enemy stops what he's doing, animates to look around, and even calls out with voice. A pregnant pause as the shark has disappeared underground, and then BOOM, the shark bursts high into the air, devouring the enemy has he screams. (Wow, that sounds terribly gory, but in the context of the game.. it's funny!)

Why It Works in This Game: Armed and Dangerous has many humanoid enemies which can emote fully. They can speak English and animate like humans. This is the quickest way to get ideas across about enemies, and generally hurting/interacting with something. Do it with humanoids. It's much harder if you have complete aliens. Designers and artists usually pull from any human qualities they might have when animating and giving feedback. (That may sound discouraging--and I wouldn't want to discourage designers from exploring more alien designs--but it is an issue if you are trying to convey more human emotions with very alien-like enemies.)

The most common enemy in the game is a soldier type. This is means the shark gun can be used on many enemies effectively which is important to have the player care about it. If the gun is too specialized, it can be something of a let down to use since you'd be restricted from using it as much. If there weren't as many soldiers, or you had to wait for too uncommon of a moment, it's tougher to make that appealing.

The gun is powerful which helps its appeal. That's not always necessary, but it helps. Being able to fire several at once adds to the feeling of power for the player. If you were confined to only one shark, it wouldn't have been a failure but it would have lessened the feeling of sending forth this crazy attack force fighting for your side.

Obviously at some point, the shark has to stop eating soldiers or it would then be too powerful. The animation time the shark spends eating the soldier also helps throttle its kill rate, if it attacked and killed too quickly it would be more powerful but without the payoff. Limiting ammo drops also helps control the power as deemed necessary in the given level design.

Bonus: In the comments below some of the inimitable staff of Planet Moon Studios have explained the origins of how the designs for the Land Shark Gun were formed. Check them out--it's interesting stuff. 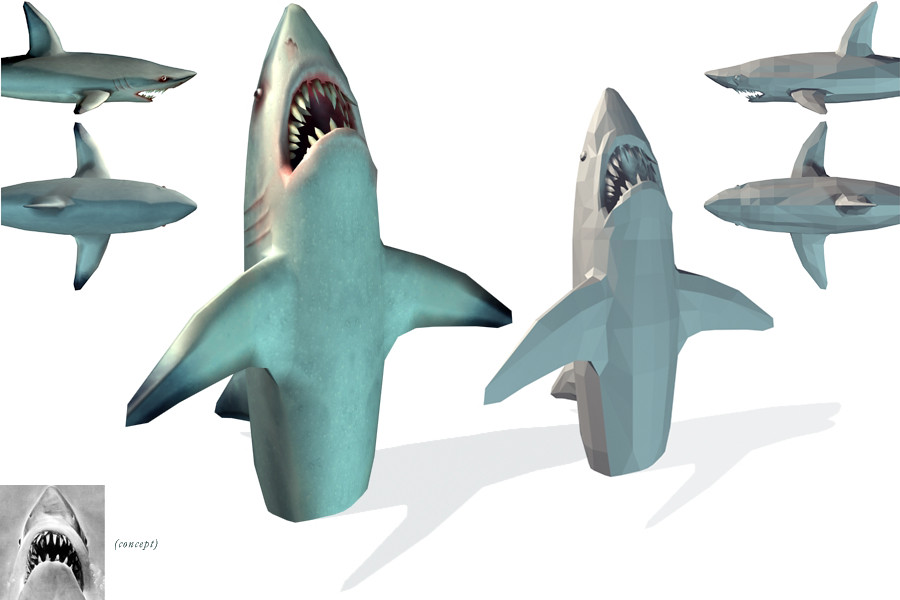 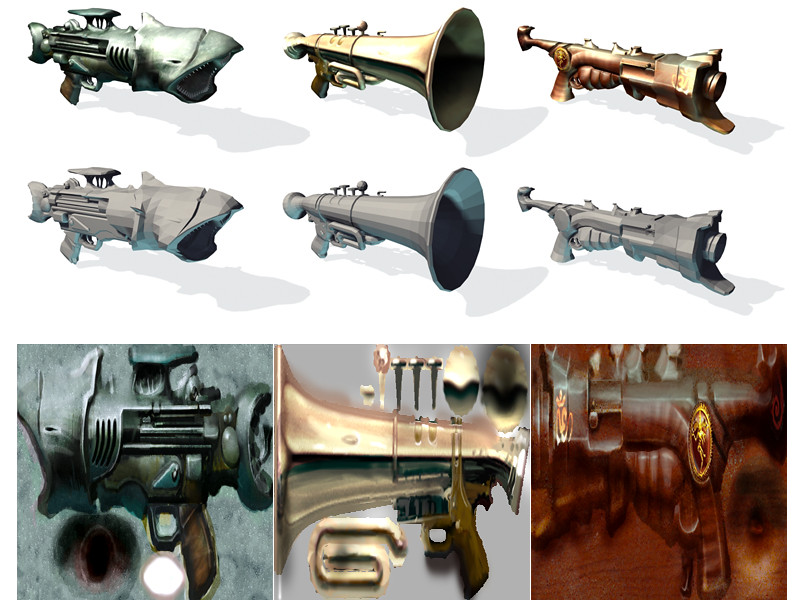