The Importance of Readability in Games 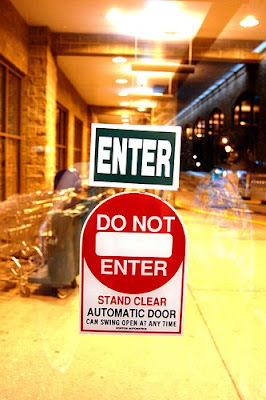 Several folks have been talking about The Design of Everyday Things in the context of games, and this excites me tremendously. I am a big fan of Norman's book, as evidenced, but what I'm really excited about is what interest in this book represents. I believe there is a growing interest in improving the usability in games, and more importantly, improving their readability.

Why does this matter? I believe that one of the most interesting aspects of games is the interactive system that emerges from the collaboration of the game's individual mechanics and dynamics.

This is a characteristic unique to games (at least amongst activities we engage with for enjoyment) and perhaps the most emblematic of games' potential for true artistry. But there is an inseparable peril here as well, namely that being able to understanding the system is at least partially a precondition to enjoying it. E.g. there is a lot of time that needs put in before Dwarf Fortress becomes truly enjoyable.

This is a bigger problem than many people think.

Since their inception, games have been trending toward richer simulations, greater graphical fidelity, more varied interactions and more consequential decisions. But it seems a peak was reached and recently there has been a bit of pushback, calls for reducing complexity and making games simpler.

I think this is really an acknowledgment, perhaps subconsciously, that we're becoming more aware of the readability issues in our games. By reducing the elements at play in our systems, we can expedite the player's internalization of a system's behaviours.

Certain studios are incredible systematic in their approach to readability and it shows. Oft-touted, but for good reason, Valve has demonstrated how much they value creating games that are as readable as possible.Â  I asked my fiancÃ©e to give Portal a try, even though she basically never plays first-person games.

Her tastes skew towards social games, be they intrinsically so (The Sims, Animal Crossing) or merely circumstantially (Mario Kart, Mario Party, Rock Band). I was curious how she would engage with Portal. The gameplay style wasn't particularly to her taste, and she found the controls a little wonky. But once the control issue was ameliorated, she was able to quickly parse and solve the puzzles, even though the game's interactions were almost totally foreign to her.

Listening to the developer's commentary, in coordination with reflecting on Randy Smith's GDC talk, it's clear this is no coincidence. It's the result of a dedicated and thorough process that behoove most developers to emulate as appropriate. 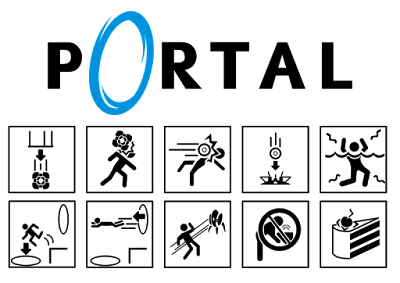 Making these complex systems readable is important, and not just because it might save the world. Players need to understand all the inputs and all the outputs to make interesting, informed decisions.

These are the mechanisms through which we express our will in the game. This is the machinery that transforms our medium from passive to interactive. It's what makes games interesting and might well be what makes them art.

This is a multifaceted (and as far as I'm aware, relatively unexplored) issue, but we can begin making inroads. Making games more readable begins with two things- empathy and data.

I'm going to discuss both in the next few posts, culminating with thoughts on how poor readability contribute to the adventure game genre more or less eating itself. I hope this will be of interest and, as always, I welcome your thoughts.