Card Games - What's in a Keyword

Simple - a keyword is a word or set of words that acts as a substitute for rules text, with rules text being the text that defines and explains the function of something.

Here's an example. Last week I mentioned a keyword mechanic from Magic: the Gathering called Flying. The rules text of Flying is "This creature can't be blocked except by creatures with flying and/or reach," but on most cards, that full sentence is replaced with "Flying." With time, players remember the rules text and associate it with the keyword. 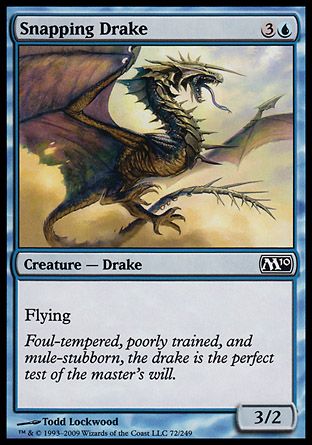 What Do They Do?

Us humans have this nifty mental ability where we can remember things more easily if we link multiple concepts together into a single network. Keywords mimic this process by condensing rules text down into no more than a few words, which reduces the workload our brains normally have to go through when processing new information. We do still have to go through the trouble of remembering all of these keywords, but in doing so we save ourselves a lot of trouble in the long run. I had to train my brain to remember what Flying meant in Magic when I started playing, but now I don't even have to think about it - I just see the word and instantly understand it.

They Use Less Space

With card games, there's one very important practical problem that can limit design: the number of words you can fit onto a card. Though there may be some creative UI solutions to this problem in the digital space, things like resolution and scaling issues can cause complications with digital text. By replacing a full sentence with one word, you save a lot of space that can be utilized in other ways.

Through a combination of being easier to understand and taking up less space, keywords just look cleaner on a card. This is both aesthetically and psychologically valuable. Aesthetically, fewer words just look better - especially if the text is centered.

- seems much more complicated than a card that simply says -

- even though they are functionally identical. This is important because complexity (even if it's just perceived complexity) is something that you should try to limit in your card designs, and using keywords allows you to reduce complexity while still creating designs that have strategic and mechanical depth.

They Can Be Referenced

In Magic, some creatures have effects that trigger when they die. This is written as "When (Creature Name) dies, [Effect]."

In The Elder Scrolls: Legends, this effect is covered by the keyword Last Gasp. In addition to the benefits listed above, Legends now has the ability to clearly and cleanly refer to Last Gasp in other cards, which can open the door for many interesting designs that otherwise couldn't exist. 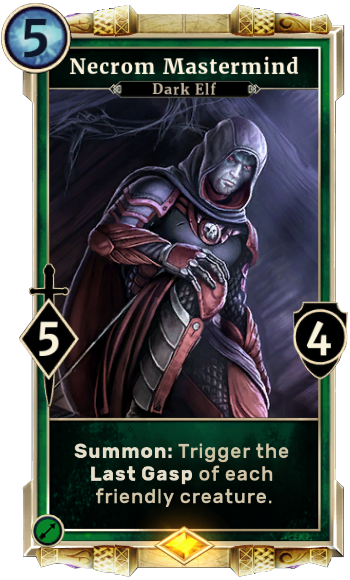 When Should They Be Used?

If there's a mechanic that you want to add to your game that is generic or is meant to be used frequently, you should consider making it a keyword. Keywording in this case makes things more consistent as both you and the players will be able to reference a specific word or set of words that are always the same, thereby avoiding the Basilisk problem Magic used to have.

Four cards, four wordings. This is a problem not only because the lack of a keyword makes it difficult for players to communicate about the effect, but also because the subtle differences in wording actually change how the effects work in major ways. Magic fixed this problem by adding the far more consistent Deathtouch keyword.

A big part of keyword design is choosing an evocative word that lends the mechanic it represents additional flavor. So if you're doing a lot of top-down design (an approach where you start with a subject and find ways to mechanically represent it) or are creating a product that, for whatever reason, really needs to pack in the flavor, hiding the very clinical sounding rules text behind a more expressive keyword is a wise choice. Example: Devour. 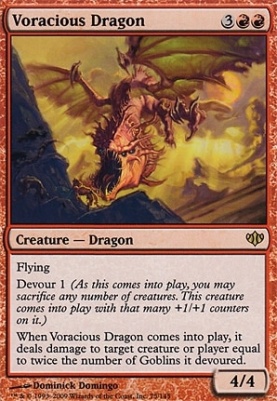 The mechanical function of devour is that you sacrifice other creatures to make one creature more powerful, but you aren't just performing some generic sacrifice - the creature you just played is actually eating your other ones!

Due to their flavor potential, their consistency, and their mechanical value, keywords are a great way to express your game's creative identity. Bringing a unique and interesting identity to the forefront can make the game (or an expansion of the game) seem more exciting and fresh, as it highlights all of its fun and new elements. Innistrad wasn't just another Magic expansion - it was the gothic horror expansion, which was conveyed through keywords like flashback and transform.

Reason 4: All of the Above

Remember all that stuff I talked about in the "What Do They Do?" section? Well, those are all really good reasons to use keywords! Reducing complexity, conserving card space, and expediting the learning process are all very, very valuable contributions to a card game.

When Should They Not Be Used?

I've spent this whole article talking about how great keywords are, but don't get it twisted - you shouldn't start throwing them around willy-nilly. Here are a few cases where you'll want to avoid using keywords.

Reason 1: You Have Too Many

Keywords may generally make learning easier, but having too many can make learning harder by forcing new players to remember a bunch of foreign terms. There's no set standard for how many is too many, but if I had to pick a range, I'd say 8-12 to start and no more than 7 for expansions.

Reason 2: The Effect is Too Specific...and Too Generic

It's one thing to turn something generic but flexible like a death trigger into a keyword like Last Gasp, but it's a whole other matter when you make something as common as targeting multiple cards into a keyword.

Deal 2 damage to all creatures.

In this instance, Nuke specifically refers to effects that affect all creatures. This kind of effect is too specific to justify the existence of the keyword, as it just isn't going to appear often enough for it to be worth it. At the same time, the effect is so incredibly generic that it doesn't want the flavor baggage that comes with a keyword. For example, what if I wanted to make a card that healed all creatures? Suddenly "Nuke" doesn't seem very appropriate.

Reason 3: It Doesn't Do Anything

If a keyword doesn't do many or any of the things that a keyword should do, it isn't worth it. Example:

Deal 1 damage to a creature.

This keyword isn't flavorful, it saves hardly any space, and the strange wording makes it less aesthetically appealing and more difficult to understand. It doesn't do a single thing that keywords are generally supposed to do.

The Power in a Word

I don't think it's an exaggeration to say that keywords are one of the most potent and valuable pieces of design tech to ever be introduced to card games, so it goes without saying that you should use them when creating card games of your own! Of course, in order to use a tool well you must first understand its purpose, so I hope this article has been helpful and has given you a greater understanding of one of the card designer's greatest tools.