I previously talked about how randomness can affect the nature of game, but I sidestepped the main argument surrounding randomness: is randomness a good thing or a bad thing? People debate this constantly, but I think many miss the point. The fact is that randomness is neither. And both.

So let’s get into it. What does randomness do for a game?

It Can Make Games Varied

Doing the same thing over and over will eventually become boring. Randomness avoids this by presenting different scenarios almost every time and continuing to challenge players in new ways.

...Or It Can Make Them Stagnant

In Sorry!, you can only move a piece out of the starting area if you draw a 1 or a 2 from a deck of cards. Because of this, it's entirely possible for you to draw a bunch of 1s and 2s in a row, thus trapping you in the starting zone and preventing you from really getting into the game. Ironically, the randomness of the act of drawing cards can lead to a level of consistency that could be avoided in a more controlled system. 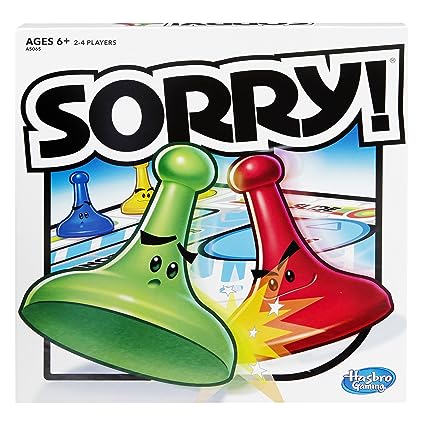 It Can Boost Skillful Play

Randomness forces us to play reactively. In games with randomness we can't go into a match knowing exactly how our strategy will play out - we must instead react based on how the random elements shape the match. It takes skill to be able to continually see the best lines of play as they shift and change over the course of the match. We also have to have an intimate knowledge of how our strategy works so that we can execute it no matter how the random factors affect the game. It presents players with choices, and good player make good choices.

...Or It Can Negate Skillful Play

That being said, sometimes randomness can completely override skill. You can be playing Pokemon with a new player who doesn't really understand builds, stats, and the more obscure elements like EVs and checks/counters. They obviously lack knowledge and skill, but suddenly none of it matters when they land a critical hit. That one crit probably won't end the game, but three or four could. Randomness can create situations where the more skilled player loses, and that can be incredibly disheartening.

It Can Make Us More Invested

Randomness leads to stronger investment and the desire to keep playing because we all want to chase after those positive experiences we get when randomness seems to be in our favor. The presence of unknown factors and quantities creates tension and excitement that simply doesn't exist in environments where everything is known.

...Or It Can Make Us More Apathetic

When we are consistently screwed over by randomness or overwhelmed by large quantities of it, we start to feel as though the game is no longer under our control. In some cases, it really isn't! This can make players less invested in the game, because they feel (or accurately recognize) that nothing matters and that any personal investment would be pointless.

Randomness is inherently neutral, so in order to get it to work for us, we must bend it towards the positive side of the spectrum. Below are a couple of things that we can do to accomplish that.

Players are much more receptive to random outcomes if both outcomes are positive. For example, let's say you're making a card game similar to Hearthstone, so you want to give it a number of random effects. You create a card that deals damage to a random creature - including your own. This is Win/Lose - you win if it hits an enemy creature and you lose if it hits yours. To avoid the inevitable feel-bads, it may be better for the card to only hit enemy creatures. You can't use it to damage a specific target, but it is guaranteed to harm the enemy, which makes it a Win/Win.

The wider the range of possible outcomes is, the more dangerous the randomness becomes. Example: you have a board game where you roll dice to move a game piece. Here's what you assign the dice numbers:

Rolling can move your game piece, instantly win the game, or instantly lose the game. The more extreme the different ends of the spectrum are, the less satisfying and more infuriating things become. If you were to win by rolling a 6, I'd bet that you'd feel unsatisfied because you knew you hadn't really earned it, and if you lost by rolling a 1 you'd feel like you didn't deserve such an extreme punishment. To avoid this, keep the possible outcomes in random scenarios similar in terms of their impact on the game.

A really good way to get players more invested in the random effects of your game is to allow them to interact with those effects in some way. So say you're back to making that Hearthstone-like card game and you're working on the random damage card again. Normally it breaks the first tip by being Win/Lose, so you change it a bit: instead of damaging any creature, it damages any creature except those with the beast creature type. Now the player who uses the card can fill their deck with beast creatures to turn that random damage into a Win/Win. Their opponent can play beast creatures too, which is an example of healthy reactive play.

...is what you don't want your randomness to be. Randomness should be a part of the journey, not the conclusion. Let's look at this card from Magic: the Gathering. The randomness here won't win the game - it just lets the player pick a creature card out from the top five cards of their deck. They may later go on to win the game with that creature, but they actually have to play the creature and use it. Randomness wasn't the final deciding factor here - it was just one step along the path. Doing things this way gives players a chance to react to and make decisions in response to the random effect.

One sure-fire way to draw unwanted attention to random effects is to involve items commonly associated with random chance. Examples include coin flips, die rolls, percentages, and (surprise surprise) the word "random." Case in point, one of the most controversial Hearthstone cards:

So Should I Have Randomness in My Game?

Randomness itself is not an inherently good or bad thing. It's not anything - it's just random. But I do think that its presence, in some form, can be necessary to keep a game alive. That's why it's so important to recognize what it can do for a game and to know what we need to do to utilize it properly in our games. I hope that this article has helped you do just that.