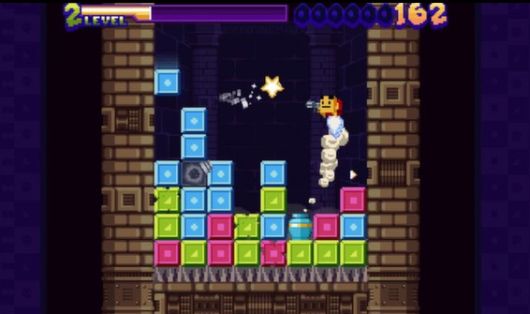 Super Puzzle Platformer may control like a platformer, but it has the falling-block puzzle DNA of games like Tetris or Lumines.

In the beginning, every player is just trying to figure out all of the rules of the game: what happens when a block is rotated, how to clear blocks, what special blocks do, etc. Well-crafted falling-block puzzle games seem to be able to teach players all of their mechanics through play alone. In my experience this is accomplished through several factors: simple rules, great visual indicators (distinctive art for each block, clear visual indicators for cleared blocks, etc), tight controls, and a quick and satisfying retry (players can instantly start a new game and donât dread the opening moments of a game for being too slow or boring).

Tetris has a very low discovery phase: there are no special pieces (every piece acts the same), only one aspect is randomized (the order in which pieces appear), thereâs only one way to clear blocks (forming a horizontal line with blocks), and there is only one global variable that changes throughout a game (the speed at which the pieces fall). Meanwhile Lumines has a pretty large discovery phase: there are multiple ways to clear blocks (forming a square of 1 color OR creating a chain of a single color with a combo block), and multiple variables changing with each skin (falling speed and timeline speed).

This part of the game is where players start to develop specific tactics for most situations: âif I get piece X I should place it at position Y for reason Zâ. This can go beyond simple optimal piece placement and can depend on timing and rotation as well. An example would be learning how to time your drops in Lumines so that you can clear an entire chain with one swipe of the timeline. Another behavior in this stage is learning higher-scoring techniques: clearing multiple lines at once in Tetris, making combos in Lumines, etc. 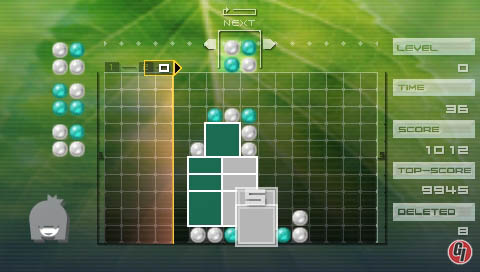 In Lumines players need to learn how to time their drops to maximize the amount of blocks cleared away in a single timeline swipe.

Oftentimes this is the best, most satisfying moment of falling-block puzzle games. The depth and satisfaction delivered in this stage varies a lot from game to game, but it is essentially the closest one can get to âsolvingâ a falling-block puzzle game. After learning all of the mechanics in the game and creating a play-style to take advantage of their knowledge, players finally have a great moment of satisfaction. Players look at a screen nearly full of blocks, a game about to be lost, and then one perhaps lucky block-placement completely changes everything: the screen is cleared and players learn the secret to mastering the game, a Eureka moment. Players think to themselves âI should do this every time!â

The âEureka momentâ can basically be summed up as this: the grand strategy to getting high scores in the game,Â  a strategy that will be reached for each and every time the player plays from here on out. In Tetris this is when players realize they should try to clear 4 lines at once by leaving 1 row empty for a long piece to fall into. Itâs when players realize in Lumines that they should build up long chains of blocks before activating their combo-blocks. And for me in Super Puzzle Platformer Deluxe it was when I realized I wanted to fill the entire screen up with the same color block to get a massively big chain.

The Eureka strategies are all formed by putting together the tactics that players previously learned. Players can clear 4 lines at once in Tetris by properly placing their pieces on side of the screen to ensure that all the rows except for the end are full. Players in Lumines can get massive chains by not immediately setting off their combo block but instead ensure that the chain is as large as possible first. And in Super Puzzle Platformer I can fill up the entire screen with the same color block by waiting until the blocks fall fast enough to quickly fill the screen with blocks and then destroy all blocks except for a certain color for as long as possible. 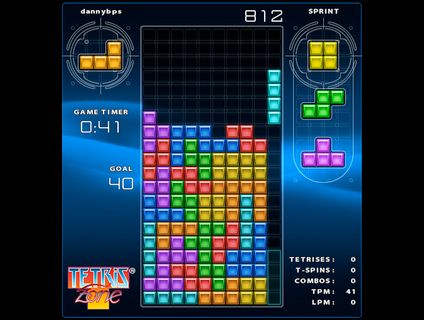 A Euraka strategy being used quite well in Tetris. 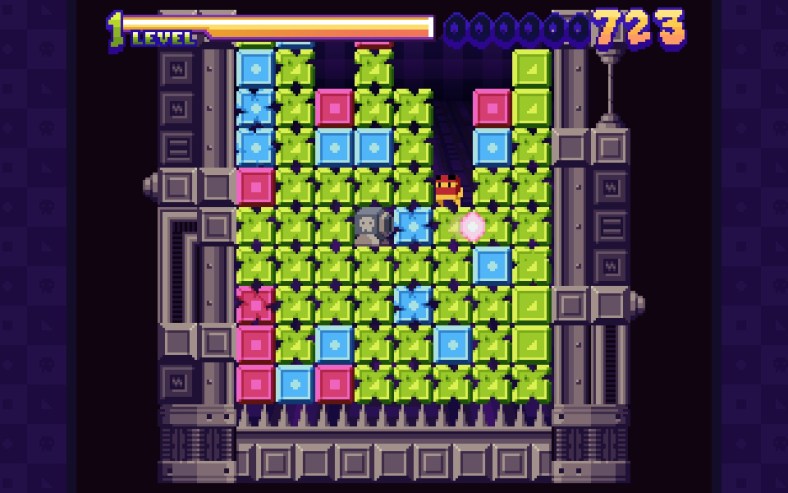 In my opinion the end game is where the strength of a falling-block puzzle game really shows. At this stage players are perfecting their skills, streamlining their strategies, and trying again and again to beat their high scores. At this point there is very little ânewâ to experience for players, and only the randomness and variation of the game rules are there to keep them interested in the game. For me this is the stage that I want to last the longest with games.

There are two crucial characteristics that every great end game needs: to be challenging enough so that a player can never master the game, and also to never have the player feel like the game is capping the amount of skill growth possible. If the player feels like they have completely mastered the game, they will likely get bored and stop playing. If the end game turns into a game of endurance rather than challenge, the fun-factor quickly dissipates.

Thereâs nothing worse in a high-scoring game than hitting an impenetrable wall on your score. Eventually we as designers must create an ultimate end state for the game (that is, to stop âturning the knobâ on block fall speed or what have you). This end state must obviously be challenging but itâs crucial that this state is also playable. If it takes longer to move a fall piece from the spawn position to the side of the screen than it takes for a spawned piece to fall to the bottom, your end state is probably not very playable.

Lumines has a wonderful end game that balances these two characteristics very well. The game has a large skill-ceiling that never feels like a brick wall because instead of focusing on constantly turning the knob âupwardsâ, it instead relies on constantly changing up the pace by rotating through different skins. Each skin not only offers a different audiovisual experience, but also changes up the tempo of the gameplay (each skin has a different fall speed for blocks and also a different timeline speed that erases cleared blocks). 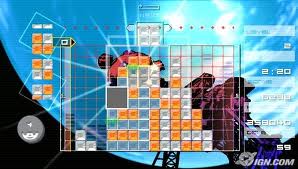 Lumines has a terrific end game.

It is also important to keep the player feeling like they are in control of their own destiny. That is to say that the randomness in a falling-block puzzle game should be just enough to keep the game interesting and the player should never feel like their success depends on some random factor. I feel like Drop7 could do a better job with this in its hardcore mode, where every âroundâ a new row of blank blocks appears on the bottom of the screen and the player has no control over where those blocks go.Â  The end game quickly starts to feel like a slot machine where players hatch blank blocks and hope that they arenât terrible numbers for their situation. 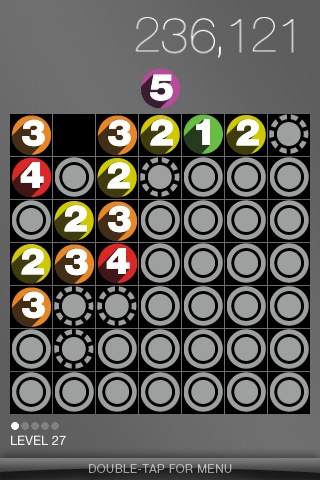 The hardcore mode in Drop7 can feel too chance-based in the end game because there is so much happening that is out of the player's control.

I think that it is important while designing falling-block puzzle games to think about these stages, and I hope that this article will be helpful to some other designers out there. How long do you want each stage to last, and what are the elements of each stage for your game? I am currently developing my own falling-block puzzle game and I found mapping out the stages like this to be crucial to my design process. I am constantly thinking about the different stages during design, and I am taking note of each element of my play-style (as the main play-tester at this early stage in developer) as it develops and mapping it to the stages. There probably arenât too many other falling-block puzzle game designers out there right now, but I hope that this article can be helpful to any designer trying to understand the different stages of mechanical and strategic mastery in their game, regardless of the genre.