Building a Caromble! level: how long does it take?


We just got a nice question on twitter on how much time it takes for us to build an area. That made us realize that perhaps it would be nice to take this opportunity to explain a bit about how we make Caromble! and also why the game still isnât finished.

Every story level has four parts set in a larger connected setting. There are three normal areas (you could maybe call them a mini-level), and the action ends with a boss fight. Depending on the level, this can be in a different fourth area or you will encounter the boss within the last area before the fight. Each of these smaller areas will typically feature a specific part of the Caromble! gameplay. So you might have a bit of a puzzle area, then some destruction and maybe finish of with an area that will highlight the surroundings. These three areas usually have some physical connection, for instance they might be set inside each other (a bit like a Russian matryoshka doll).

But how long does it take to make such a level??

Wellâ¦ It takes quite some time actually.

The process is pretty much as follows. 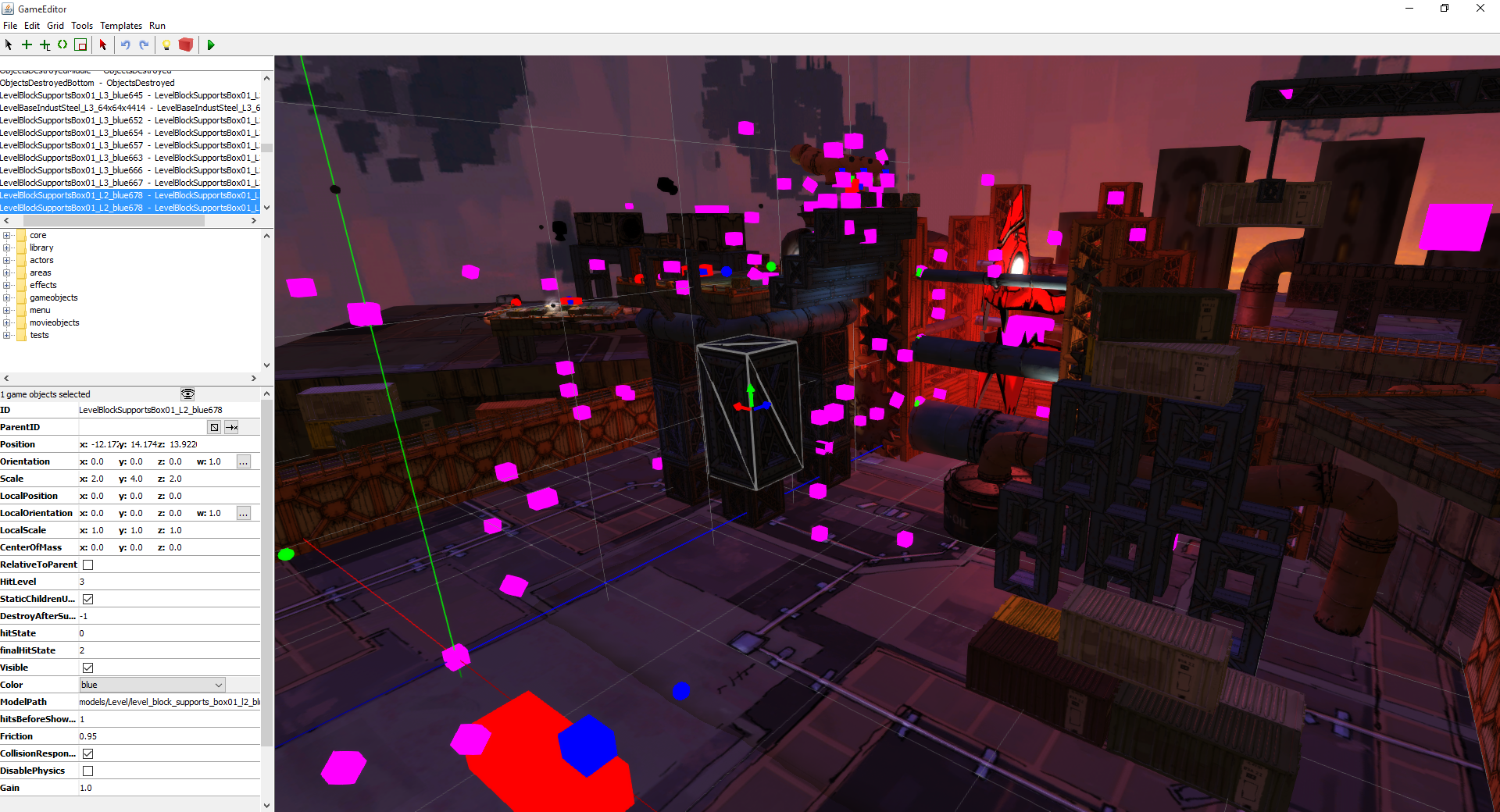 Taking in mind that we have one day a week to work on the game, the answer is that it can take anywhere between four weeks to three months of actual time between the first idea and having something release worthy. If we had no other obligations we could do it in 4 - 12 days. By the way, this is the time it takes for one person, not for the whole team. So with sometimes 4 people working on levels our velocity gets a combo multiplier. Â  Â

The good news is that almost all of our 24 levels are at least somewhere in step 2. And quite a few others just need a bit of graphical love.

So when weâll release chapter two (in the very, very foreseeable future) 8 / 24 levels are done (pending community feedback). Four more are in stage 3-4 and the others are somewhere between 2 and 3.

Making a skill level
A skill level is a small challenge taking place in only one area and is the type we can make the fastest. These can be unlocked by winning medals in the story mode. We have 3 types of challenges:

We have a skill level framework that allows for quickly setting up a skill level. But, most of these skill levels do require some custom code to be written, although often not very complex. For example to spawn an extra ball when a box is destroyed in Ball Frenzy or shooting balls in Spin Master.

For the graphics, we have a set of art objects, floors and skybox specifically designed for these skill levels. The number of objects in this style is far smaller than those in the two story styles (industrial and neon-city) and this makes it easier to quickly setup the design of a skill level.

The main challenge for us as designers is to come up with a good idea for a skill level. But we do find that once you pop, you canât stop. We are working on a small tower defense skill level, a shuffleboard skill level and Peter (1 of our team members)Â has promised to make a race skill level for years now. Furthermore, once our special powerups are released, these ingredients make for even more interesting skill levels.

I think most time goes into designing the level in your head and once you start building, it should be possible to finish it in 16 hours after which the other team members will play and give feedback, resulting perhaps in another 4 hours of work.

So that would be 3 days of work (and thus about 3 weeks real time) in the most optimistic scenario.Â

I hope this has given you some insight in our development process. This blog only tackles the level creation parts, but we are also optimizing our engine, fixing bugs, adding new visual effect, improving our editor,Â maintaining our steam page, facebook and blog, send an occasional tweet and try and find some spare time to contact press. To do all of this we have only one day a week, so this might explain a bit why the development of Caromble! is taking so long (over 6 years already). But please, bear with us. We're getting there and we think it's gonna be more awesome every week. If you want to be part of this process, consider participating in our Early Access. We'd appreciate it!