How to Make Your Pitch Resonate


How can you get people excited when you tell them about your game idea, whether itâs friends or future fans? How do you get people fired up when they ask âcan you tell me about this game?â

To answer this question, you must beware of mechanical pitches.

I was using a mechanical pitch while developingÂ Cannon Brawl, and I wouldnât use a pitch like that again. The pitch was âitâs a 2D sideview action RTS with fully destructible terrain, a little bit like worms meets starcraft.â This a mechanical pitch, in that it focuses entirely on the game mechanics. Thereâs nothing about story, world, or narrative at all. In my experience, people find these pitches intellectually interesting, but it doesnât fire them up.

Mechanics focused pitches work well when explaining your to other designers, but donât resonate very well with anyone else. As an example, hereâs a mechanical pitch for Assassinâs Creed:

âAn open world game where you can climb over any surface to hunt and kill targets.â

It gets the idea across, but itâs bland. A more narrative pitch might be:

'Youâre an assassin in ancient times hunting down corrupt rulers. You can climb over and into the whole city to make the kill.'

Here we still cover the mechanics, but we focus more on the setting and the playerâs role. The listener can much better imagine what they might do in the game. This narrative style pitch works because it sets up the goal, the setting, and uses concepts that already have a lot of stories behind them (assassins and medieval times). 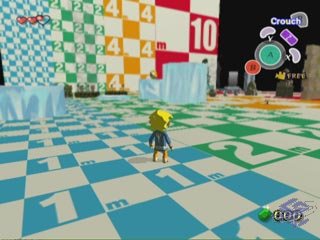 Mechanical pitches make this happen in the audience's mind

But we really want this happening in the audience's mind

The only time mechanical pitches can work are when the mechanic in question can truly change the playerâs fundamental understanding of space and/or time. Portal or Braid style mechanics can get by with just a mechanical pitch. But despite this, adding narrative to the pitch will still be an improvement. For example:

(Mechanical): âYou create portals to move instantly between two places, allowing you to traverse space in a way youâve never seen before in order to solve spatial puzzles.â

The mechanical pitch, great for selling to developers

(Narrative): âYou must escape a test facility run by a sadistic AI by using an advanced gun that can shoot portals, allowing you to traverse 3D space in a way youâve never seen before.â

The narrative pitch, great for selling to everyone else

If you are operating with a mechanical pitch right now, take time to think about a narrative version of the pitch.Â Donât pitch to other game designers, but instead try to pitch to people who just play them.Â Compare peopleâs reactions, improve your pitch, and see if you can tap into the story and imagination side of their brains.

Like what you read?Â Don't miss the next oneÂ on my blog.