I designed SprintR with the intent of solving the VR movement problem, but my first few customers showed me that I’d done something far more valuable: enabled them to game once again despite their disability.

Making hardware has been a huge challenge, but before I get into what it took to get here, let me outline what the device is:

SprintR is a wired/wireless footpad that lets users walk/run/jump hands free in VR; and it works for both mobile VR and PC based VR; It's amazing for VR FPS games. 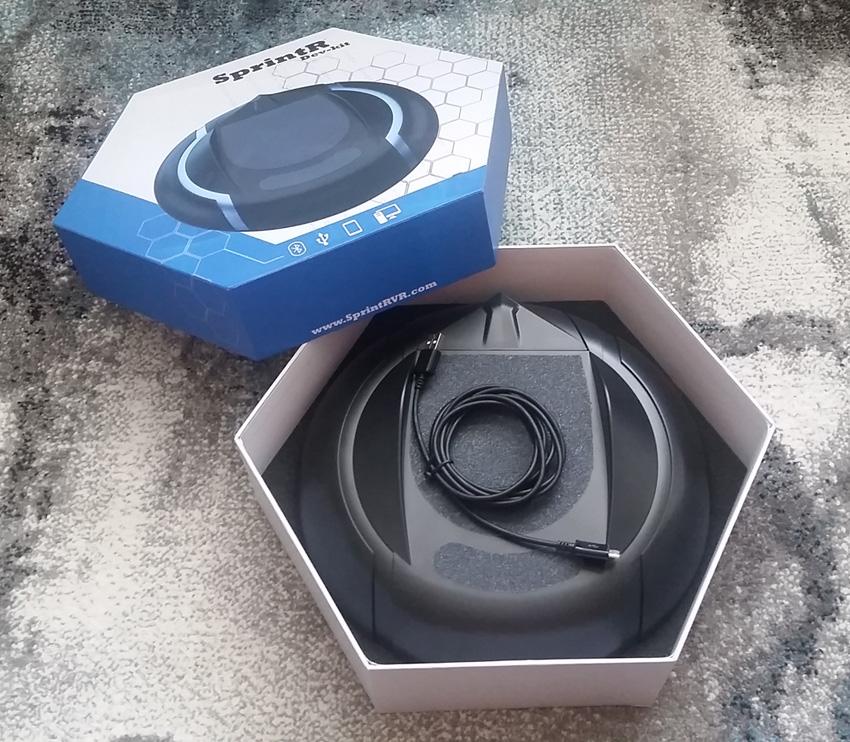 I made the first prototype with parts from Bed, Bath & Beyond, just to see if what I envisioned in my head was "real" to understand if it actually worked: 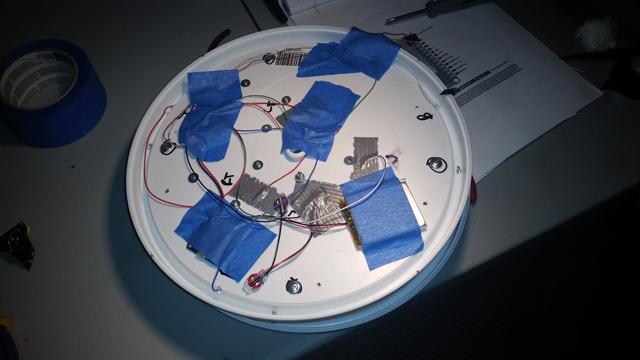 For version 1, I basically sandwiched two plates together with a bunch of electronics inside. This helped me clarify that having a moving top plate was a great way to input motion, kinda like WASD. The cool thing is that it could also rotate, so it was more like WASD + mouse under 1 foot.

After the initial tests showed promise, I got a 3d printer and started working on lots of different parts for the controller; always testing out different mechanical ideas and so on. The 3d printer was tiny, so I had to make the top plate out of 4 parts and glue them together, then go through the whole process of adding putty/sanding/painting, took forever but it helped me start to refine the design a bit.

Version 3 was the first one I paid a 3d printing company to actually make for me, and it turned out really well.

After version 1, I got serious and started working to improve the internal mechanics and electronics. 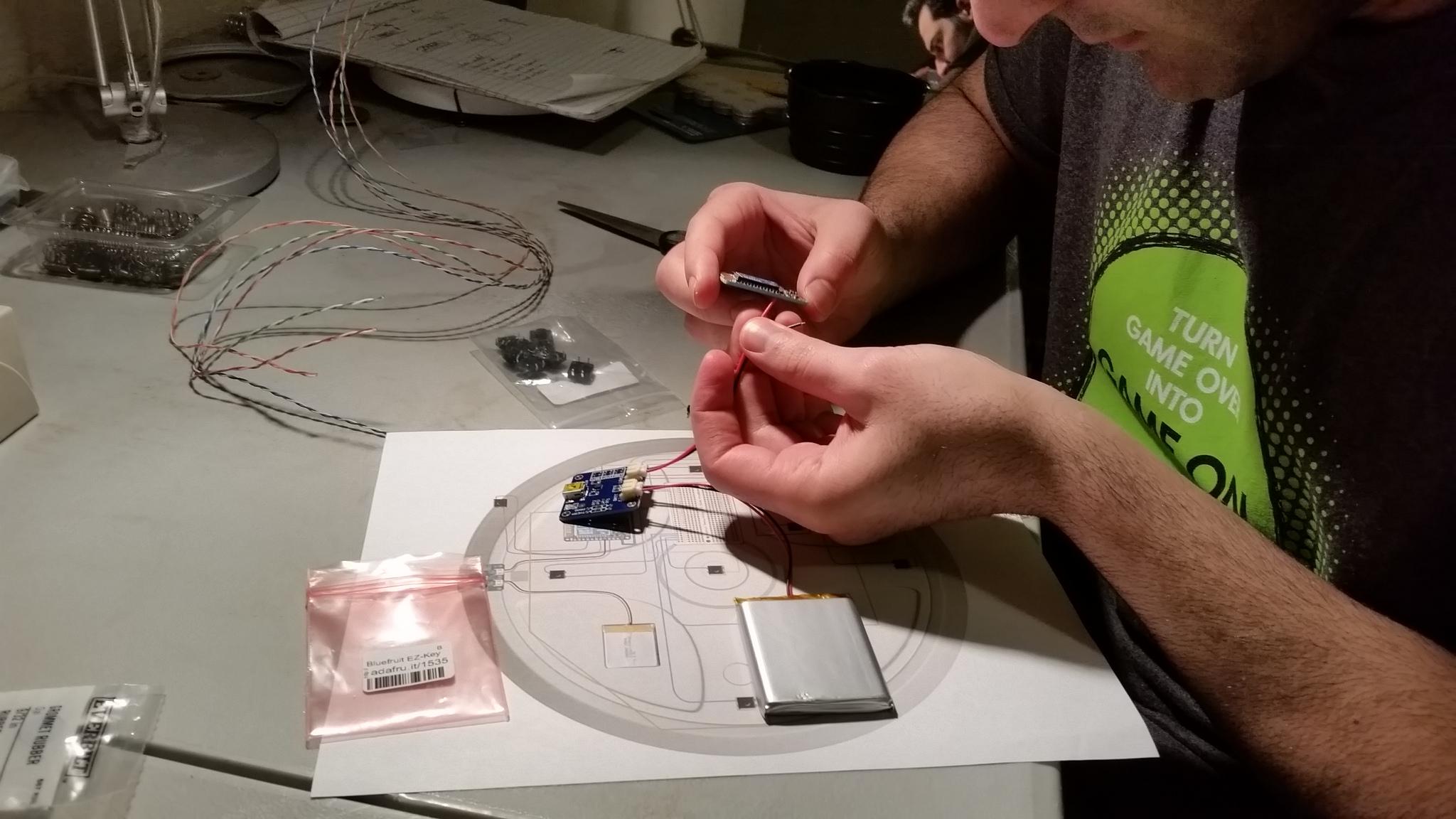 We were originally going to call the controller the "jellyfish". 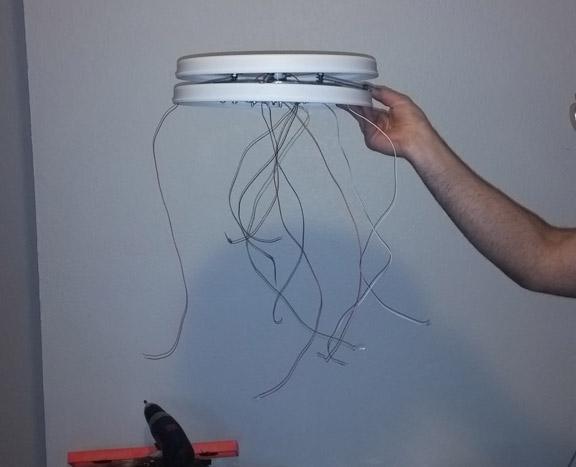 Yes, it was a stupid name but look at this thing. Anyway, after I made a few more versions (v3) , We were closer to something like this:

It took a little while, but we got it functional and stable. I took the controller to GDC and shared it with other developers to get their opinions on it; Both in 2016 and 2017, and both times we got a tremendous response, so I pushed ahead.

One note I should make about 2017's GDC, we flew to San Francisco with 2 units, but the TSA literally ripped one of them in half during transit because it looked "suspicious." I was pretty sad about this, considering how much time, money, and effort had gone into building two units to show. I followed up with the TSA through their internal review channels to see if they'd pay for the damage , but they basically told me it was "tough luck" and "deal with it because you have no further recourse". Lesson to learn here, ship your stuff via USPS/Fedex or carry it on, don't put it in your luggage. 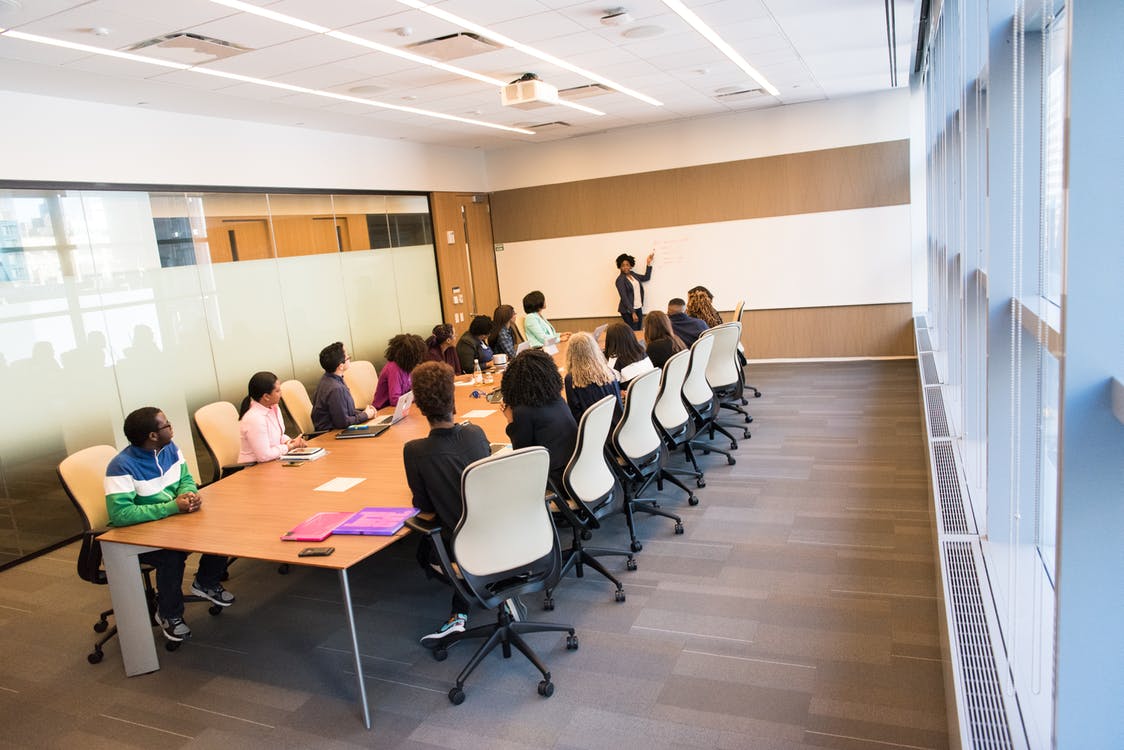 (yes, that's a stock photo above).

When we got back from GDC, I applied for the State of Maryland TCF grant program to see if we could get some funding to help us along in development. I had to write a 30 page proposal / business plan, and defend it twice in front of 12-15 people. After a few months of back and forth, several buckets of sweat and a bunch of phone calls, I was finally approved for the TCF grant!

So now we had a little money, and I used it to get some professional electronics folks on board. We designed a custom circuit, and paid to have a CAD professional build our product to spec! 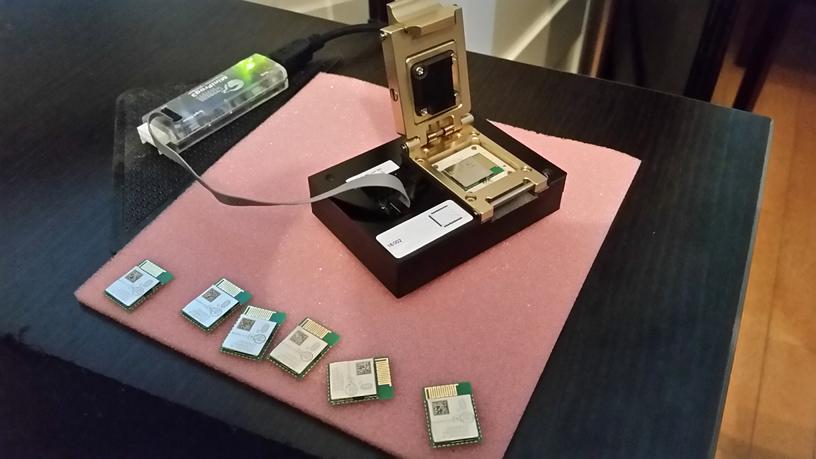 Fast forward to late 2017 (December), and I started negotiating with factories in China for professional manufacturing. In all frankness, I'd much rather have made it in the USA, but the manufacturers here asked for 10x the price for molds, and I just could not afford it. Thankfully, we found a nice partner overseas and were able to make the first plastic molded parts:

As an aside, I'm generally going to leave out the parts where I was continuously lied to about every facet of production, from vendors, suppliers, and factories alike; you really just need to get used to that business culture if you're going to deal with China. Ask every question 7 different ways, because you'll get 6 lies and 1 half-truth, and you can generally figure out what you need to from that. And never ask the price of a service twice, because the second time it always goes up due to "increase in material costs" or "Labor rates have gone up". Once we got the first parts in, we had a lot of back/forth with the factory to make sure everything was within a certain tolerance mechanically, and that all the parts fit together as expected. This took some doing because nothing turns out as perfect as the CAD models, even .5 mm can effect things in odd ways.

Thankfully, we were able to get everything within tolerance, properly connected, operational, and smooth!

While we were ironing out the plastic parts, we were also working on the box design. We wanted something high quality and futuristic, and as far as I'm concerned, hexagons are from the future, so we made the box a hexagon :D 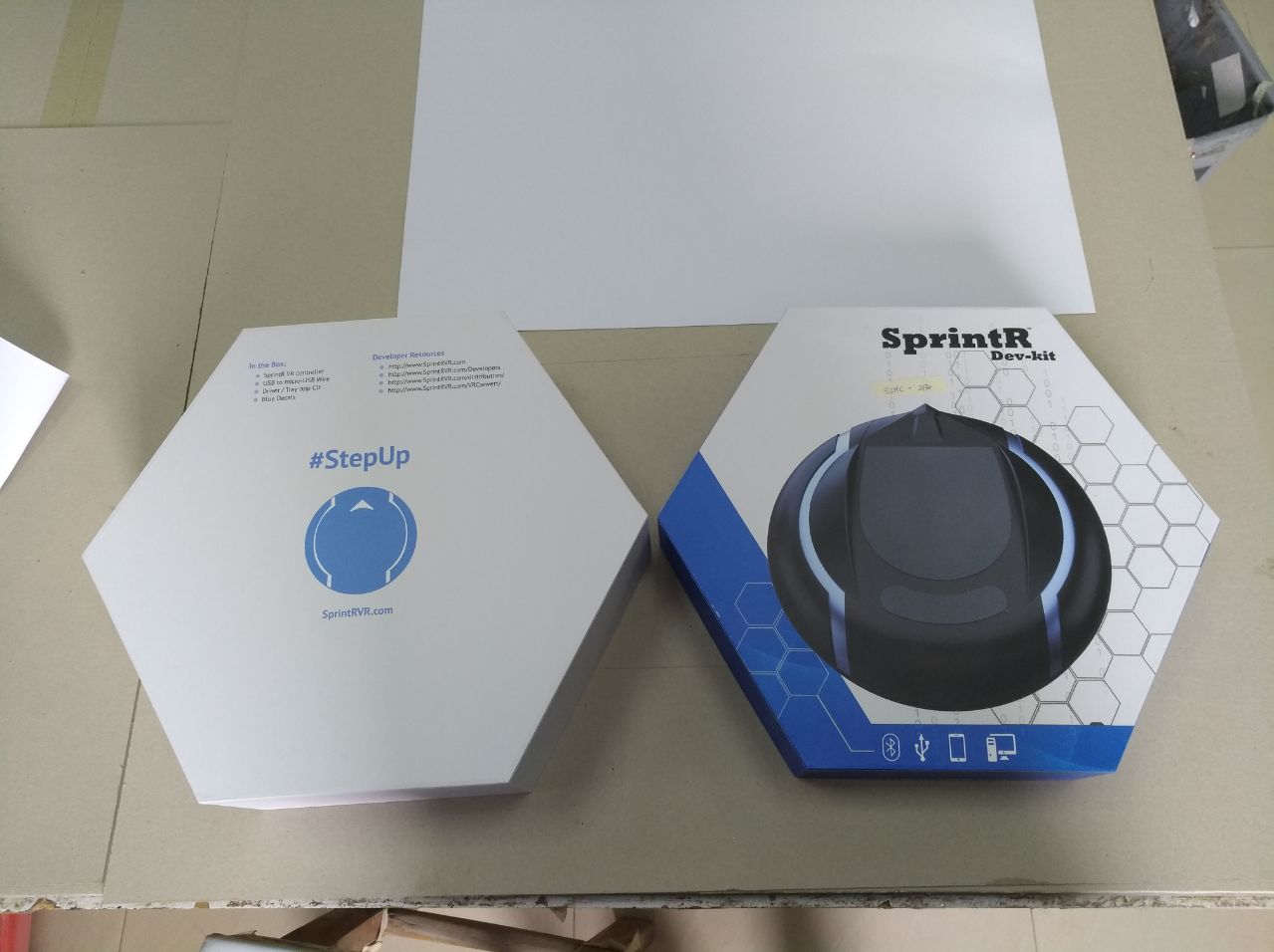 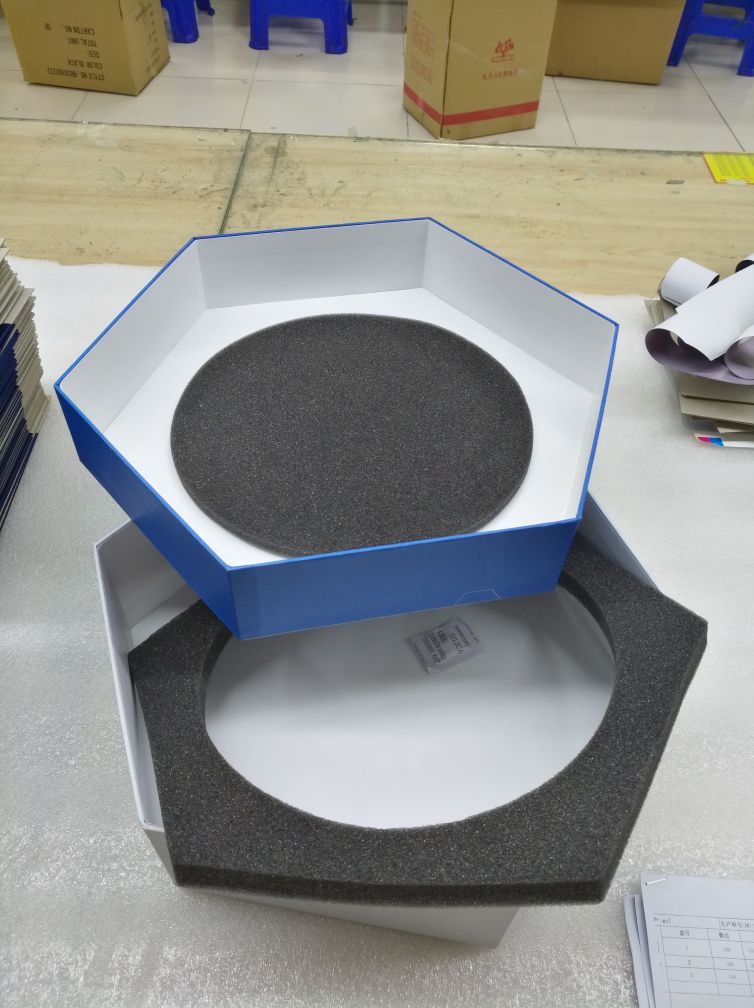 So now we had a final box, and the final controller, ready to go. SprintR connects to your PC or Phone as a standard gamepad, but in the final stages we also made some software to let you map the movements to various keys, so you can use it in existing games, or to help you regain control if you have a missing limb (yea, it's awesome for this): 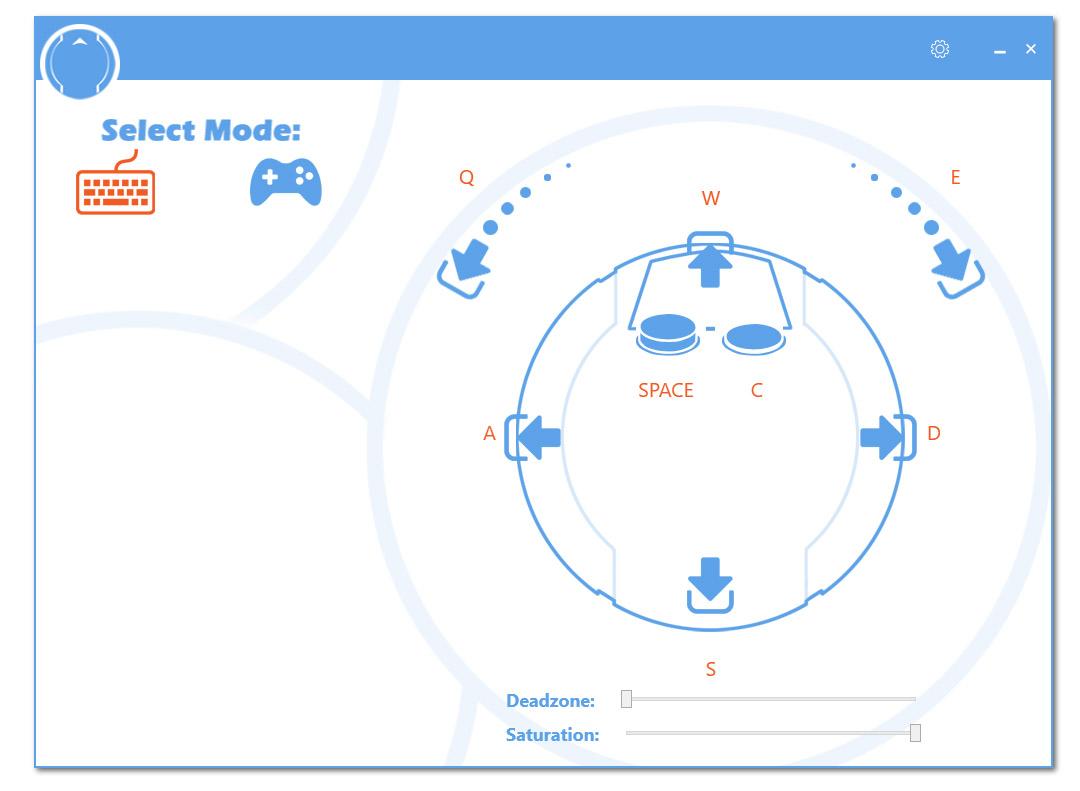 All in all, it's been almost 4 years of non-stop work. The setbacks have been staggering, and the triumphs have deeply impacted me personally.

The most emotional point for me so far is when a US veteran who had lost his arm in combat emailed me, (he is one of our first customers), and told me that SprintR let him play games again, and that the controller really made his life easier.

We worked with him to see how the device could better suit his needs, and we learned about the struggle to play modern games when input is a serious barrier.

fact is, if I don't sell another unit of this thing, that one email made it all worthwhile. Thanks for reading everyone, I hope you enjoyed it.

And of course, if you want one, check out www.SprintRVR.com 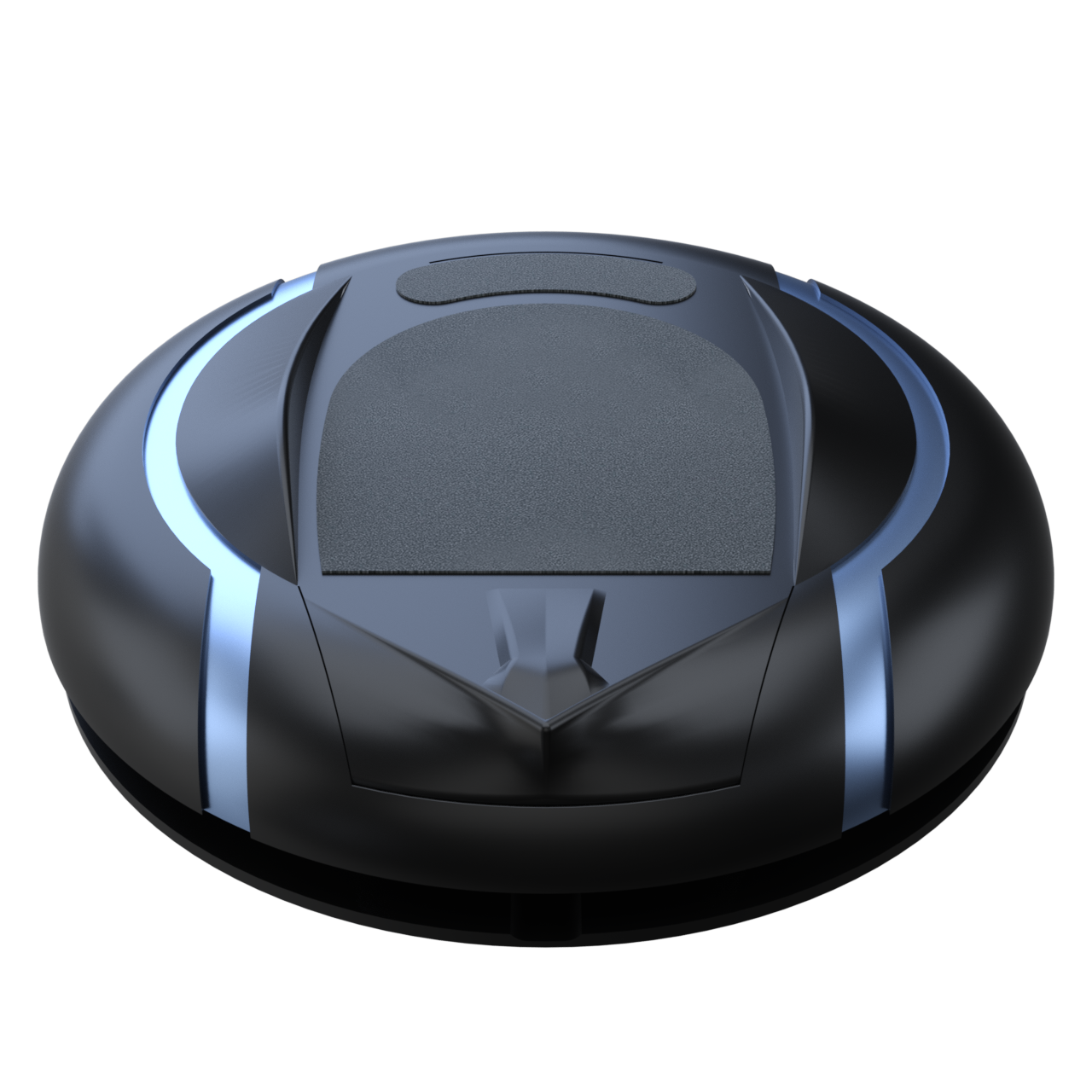