The Truth About Growing Indie Communities That GDC Missed


In my chat with Zack Bertok about what how he became a full-time indie developer, he shared how one of his core values is putting the community at the forefront.

He’s not alone. At GDC 2017, the session “Beyond the Install: “Building Robust Communities on Mobile,” Andrew Stalbow agreed – “Community building is the best marketing you’ll ever do.”

(That session is hosted on GDC Vault for free - search for it. It features panelists Kristian Segerstrale of Super Evil Megacorp, Andres Bou of Socialpoint, Andrew Stalbow of Seriously; and hosted by Dave Geffon. There were a lot of great sessions, filled with a wealth of insider knowledge.)

Go, watch that session now. Excellent way to spend 30 minutes of your time. Then come back here. I'll totally wait for you.

For the Lazy - Some of my notes from the Session

Rocky, what was missing?

First, the session was 30 minutes short, with a focus on ‘the why.’ That’s not enough time to go beyond the surface level. It’s not their fault. There’s just not enough time.

Second, while there is a lot of valuable to get the input of industry experts of large teams – there’s some disconnect when using the advice of big companies for small niche indie studios. In fact, one of the panelists commented that his company is “a small team of about 50.” 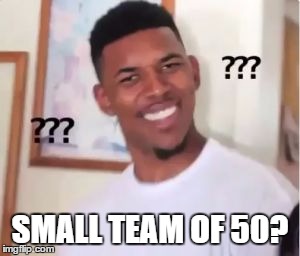 Indie developers have to wear many hats to run their studio. When you’re wearing that Developer hat and also wearing the Community Manager hat - you’re going to get a whole new set of problems that are unlike the Blizzards/EAs/Bethesda forums.

I had the opportunity to meet with Jay Rab, Lead Community Manager for Dungeons of Tal’Doria, as well as community manager of Tyranobuilder, Supercharged Robot VULKAISER, Eryi’s Action, and a host of other indie games. His work also includes the Assistant Community Manager on Edge of Space, and a Forum Moderator for Tabletop Simulator.

Jay is THE GUY with an expert’s perspective about community building in niche indie games.

What Exactly Does a Community Manager Do?

If your answer is: “To crush your enemies. See them driven before you. Hear the lamentations of their women.” Then you’re probably a Conan fan.

Jay’s definition of a Community Manager: “When the marketing of game promises x, y, and z features, the community manager’s role is to maintain that idea.”

Take for example - No Man’s Sky. The promise of an enormous galaxy filled with beautiful wildlife and unusual animal behavior. Upon release, that didn’t happen. Instead, there was a huge backlash and community managers having to put our fires. (My heart goes out to those community managers.)

The Top Three Fears Indie Developers have about Community Building

From that GDC Session, and my chat with Jay - I highlighted three major fears for indie developers on Community Building.

1) How do you Handle the Trolls and Complainers?

Let’s face it. With community building, you’re managing people. In that GDC session, Kristian shares: “Treat them, invite [your audience] along. Communicate to them the way you want to be communicated.”

I agree. It’s my life motto. But there’s still the main issue.

Jay shared his strategy for managing your community the start:
“[Responding] when a question pops up, especially in the early life of your game, will set how other users should behave and act in your forums without you laying out any rules what so ever.”

Jay points out that developers (and their teams) have an incredible influence on how the rest of the community acts. The way a developer frames their response shows the community how to react in the future. It makes sense. When you agitate the complaining with negative feedback, the players will gladly return the favor.

Jay provides an example in the Cherry Tree High Comedy Club forums. A forum user asked if characters get naked in the game. (I bet you clicked to find Jay’s answer, didn’t you? Hah - you perv! No worries - I did too!)

Via Jay: “The request was still valid, and it didn’t need me to share more than a yes or no answer. It turns out that he asked this question on many game forums and got banned from them - simply for asking a question! [My response got the] community engaged, and I had another person ask a serious question - who ended up buying the game and its sequel.”

(get your mind out of the gutter!)

2) How Do You Handle Criticism?

Another common fear by new community builders is handling the critics, reviews, and those long rants about how your update killed their first born child and is now spreading across the globe.

In that GDC session, Kristian shares: “Listening to your player base doesn’t mean listening to the loudest.”

We’ve all seen it –
The infuriating reviews about how your Survival Horror game is too scary but not scary enough. And how after 800 hours of play, they can’t recommend it.

“Justify why the game is the way it is or downplaying the player’s concerns will get you into trouble,” Jay says. Making it personal, and reacting harshly to the review can get you all sorts of negative press.

For the Dungeons of Tal’doria community that Jay manages - the community shared that for the character animation - “they all look robotic.”

“With their Greenlight stage wrapping up, the team was rushing to get everything together. “They all look robotic” wasn’t what we wanted to hear.

We would have to delay the Alpha and remake the trailer just to get the animations correct. But they were right. The animations did look like everything was a robot. So we had to address the feedback and make it right before [moving forward]. Otherwise, it will become a distraction to others looking at the game as well.”

3) How to Handle Feedback?

What about when users provide real feedback that they passionately feel can improve the game?

During the Q&A of the GDC session, an audience member asked, “How do you manage a community that wants to build your game in a different direction?”

The panelist, Andrew Stalbow’s answer “Get used to it” got a laugh and applause.

The GDC session had great responses about taking a stand about what you and your studio believes in.

But Jay digs deeper on the subject:
“The developer should never feel like they need to defend a game.”

Jay mentions that every piece of feedback is an opportunity to win a new fan. More importantly, your response can show others that you care and that you are present.

“The challenge with any feedback,” Jay shares, “is that we face the issue of having to make sense of feedback with generally very little context, no insight into the motivation, and no understanding of the limitations of the person giving the feedback.”

First is the Research and Respond method.

“If I have a minefield that I am about to walk into, I want to know everything I can about that person. Looking at their steam profile and checking their recent post on other forums can give you a glimpse.”

You may discover that this person rates all games in that genre poorly, or if it’s just a bad experience with your game.

The second method is Breaking Down Each Piece method.

Jay recommends that you ask yourself these questions:

Breaking down their feedback helps you find their motivation, helps you discover the underlining issue and lets you ignore the parts that are rants because they are upset.

Jay shared the example being the community manager for Tyanobuilder Visual Novel Studio. Within the Tyranobuilder forums (which are very technical), when non-technical people leave feedback, their messages can come off cryptic.

“One of my best tools is asking for more clarity. Oddly enough, many developers are afraid to ask, [out of either] fear that they will get stuck in a conversation, fear that they may not know the answer, or fear that it’s a problem with no real answer.”

Jay discovered that in most cases, showing an interest gives users a much better outlook on you and your game, while also providing you more understanding of the problem. In the quest to helping people and winning over new customers - the more that they know you, the better.

An active community is your most powerful marketing tool, providing word of mouth, generating user content, and even helping with future growth.

The GDC session said it best, “Community building is isn’t something you rush – it’s a mindset.”

(HUGE thanks to Jay Rab for answering my questions. Check out his community-Jitsu at all the forums linked above, including his most recent project Dungeons of Tal’doria, or send him an email.)

ABOUT ME:
Rocky (@Rockykev) is an overall chipper fellow who works with indie developers like you to market, through content development and audience building - because you want to develop video games to make a sustainable income, so you can continue making video games. Grab the FREE Quickstart Marketing Guide for Indie Developers, made with the loving hands of the Serious Game Devs Only community.