Unite against harassment and stop the pointless fighting over GamerGate


I'm very sad to have seen the way the GamerGate controversy has been evolving and the way it has been tackled by both sides.

I should say that I don't support GamerGate myself, though I'm not particularly against it either. I am completely against threats of death, rape, harm of family and other harassment of course, but I'm not against everything that everyone using the GamerGate hashtag stand for, because that is a whole lot of different things.

The harassment is more important than anything else in this controversy. I'm absolutely not apologizing or defending it, if anyone should be in doubt. On the contrary I want the fight against harassment intensified and made more effective - I just believe that fighting GamerGate as a whole is actually counter-productive to that end. Hear me out... 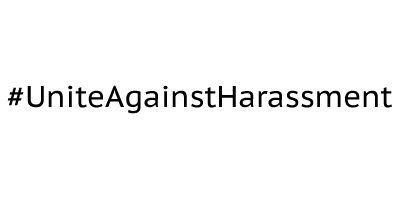 I can't claim to have a complete overview of the GamerGate controversy, but from what I've understood so far, it encompasses many different separate subjects (though they get ever-so-easily entangled). On each subject, different people express a wide range of different opinions.

A sample of possible stances:

I've seen people using the GamerGate hashtag argue all of these points.

All people who claim to represent GamerGate seem to claim it's about journalistic integrity, but the specifics of what it is they actually want is quite diverse.Â

You can agree or disagree with these points, but they are all points that can be discussed in a civil manner. Needless to say, turning to harassment is absolutely a horrendous tactic. Accusing all people who want to discuss any of these points of harassment is not helping anything either though.

I've seen the argument made that GamerGate people can't point to any specific thing they want changed, and this presented as indication that it's all about harassment. Even if we ignore the request for ethical guidelines etc. and assume they can't point to anything, I don't think that a lack of a clear solution or the inability to express it, is any proof that they really just want to push for harassment when it comes down to it.

Depiction of women in games

Anita Sarkeesian's video series on Tropes vs Women in Video Games has a significant role in the GamerGate controversy. I personally think there are a lot of misunderstandings involved.

Anita's videos mainly criticize games without proposing specific solutions, and this leads to some people assuming the worst and thinking that she wants to take the games they love away from them, or is just hateful against people who play these games.

In reality, Anita makes clear that "it's possible to enjoy a game while simultaneously being critical of elements of it", e.g. no one is taking them away. What should be done is still ambiguous though and largely up for discussion. Various possible standpoints:

Gamer as a term and assertions about gamer culture

In August, a handful of articles on game news sites announced that the term "gamer" is becoming irrelevant; that "gamer" is dead. Some people who considered themselves gamers and in love with gamer culture were offended by that. This is another case of different sides trying to "own" what the meaning of a word is, which I personally consider pointless. It sure did add fuel to the fire though. Different standpoints in the controversy:

The articles arguing for the "end of gamers" is probably some of the most direct attempts at linking "gamer culture" and "harassment" intrinsically together, and in doing so, most likely alienated a large group of diverse self-proclaimed gamers, the majority of whom is opposed to harassment.

You can civilly argue for or against the relevance of gamer as a term, but to claim that people who consider themselves gamers are also the people who harass or support harassment is not going to help anything.

Yet many people are claiming to have the truth about what GamerGate really means.

Some GamerGate people say that they were around (under different banners perhaps) arguing for reforms in game journalism long before the harassers used the GamerGate term for pushing an agenda of harassment.

Some anti-GamerGate people say that GamerGate was orchestrated by harassers from the very beginning, and that harassment is thus the true purpose of GamerGate.

The only objective truth as I see it is that GamerGate means different things to different people. Who cares what the history of it is; we know that there are lots of GamerGate people who are for inclusion, against harassment. In particular, the NotYourShield hashtag was created to put emphasis on that. How is them using the GamerGate hashtag supporting harassment when they are speaking out directly against it?

The fact that people against GamerGate are constantly trying to educate the moderate people under the GamerGate banner that supporting GamerGate is supporting harassment seems to point to an acknowledgement that not everyone may share that view from the start. You could say that the anti-GamerGate people are helping creating and reinforcing the notion that GamerGate equals harassment, and that while other people are trying to break down the links between GameGate and harassment, anti-GamerGate people are constantly working to reinforce those links in the public perception.

Regardless though, I'm not seeing any signs of either side budging. I think that the fight over owning the meaning of GamerGate is a lost cause regardless of what side you're on.

What you may inadvertently communicate

GamerGate as a term is meaningless since it represents many people with completely opposite standpoints.

Representing more than you meant to

Claiming to be part of or in support of GamerGate will be interpreted by many as supporting harassment against women regardless of whether you agree with that or not.

Claiming to be against or fight GamerGate will be interpreted by many as being against making any changes to improve journalistic integrity, and against contemporary gamer culture, gamer as a term, and as being scornful towards people creating or enjoying certain types of games, whether you agree with that or not.

Insisting on using the GamerGate hashtag will be perceived by many as complying in pushing an agenda of harassment under the ostensible agenda of journalistic integrity. Whether that's correct or not doesn't matter, the damage to the GamerGate word is done and beyond repair unless you're only addressing people who considers themselves part of GamerGate too.

On the flip side, insisting on antagonizing people using the GamerGate hashtag will be perceived by many as complying in slipping in an agenda of deriding gamers and certain types of games together with the agenda of stopping harassment. Whether that's correct or not doesn't matter; hordes of people supporting GamerGate will interpret it that way. After all, if it's only the harassment part of GamerGate you're against, why don't you just oppose harassment directly instead of opposing GamerGate as a whole?

For anti-GamerGate people, it may just happen that you in fact do agree with those other agendas too. Maybe you do think we should retire the word gamer and so on. But if you're taking the opportunity to push those other agendas together with the agenda against harassment, then you're responsible for adding more fuel to the fire and pitting people against each other who are all against harassment, just because of those other less important differences.

GamerGate is pointless to fight both for and against. All it does it create enemies out of people who would otherwise be on the same side on the subject of fighting harassment.

I suggest for all involved to drop the focus on GamerGate if you want to be taken seriously as a person who wants real change rather than just mudslinging. So stop using #GamerGate and stop using #StopGamerGate2014, but on the other hand, don't waste time scolding other people for using them. Just drive the conversations towards the real issues.

To put focus on non-harassment related issues, use other hashtags to discuss that under, whether it's about journalistic integrity, depiction of women in games, gamer culture, or other.

For the fight against harassment, I'd suggest to use the hashtag #UniteAgainstHarassment - this is meant to indicate stark opposition to threats of death, rape, harm to family, and other harassment, while acknowledging that people are most welcome to join regardless of their stance on GamerGate, as long as they're against harassment.