Maximizing your launch on iOS and Android 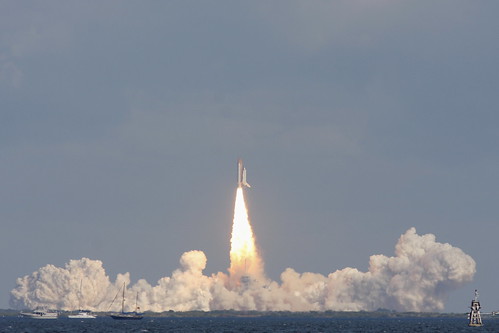 Launch is one of the most important moments in your gameâs life. A good launch can lead to a strong initial audience that you can leverage for ranks and, in the best case scenario, organic traffic from reaching a Top 25 list. A bad launch leaves you with only the grim prospect that you will need to sink more money into your game in the form of user acquisition spend to see the same results. For small studios and indies without tens of thousands to spend on user acquisition, launch can literally make or break your game.

So how do you craft a successful launch?

Good launches donât happen by accident. They are the result of rigorous planning, equal parts marketing, PR, and engineering. Bugs and other issues will kill an otherwise good launch, but so will not understanding your market. iOS and Android are very different in how they handle discovery. And thatâs the goal of launch: getting your game into a position where it can be discovered by millions. Weâve gathered tips and tricks regarding launch on each platform from many sources, including knowledge from members of the Stanford GSB: Video Games mailing list, to help you make your next launch a success. 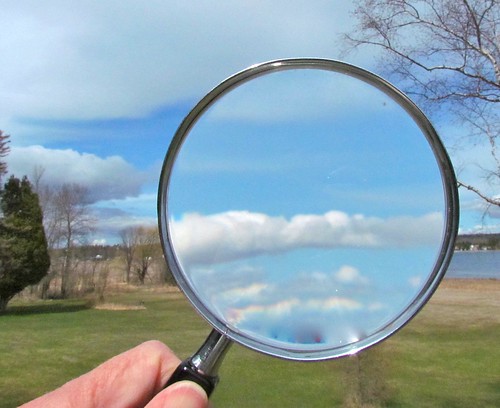 The Goal is Discoverability. How you get there is different.
To start planning your gameâs launch, you need a lay of the land. iOS and Android are very different when it comes to discoverability.

Discoverability on iOS
For iOS, there are two main ways to get the kind of discovery that drives significant downloads.

The main driver of discovery on iOS is the Top 25 List. Your goal is to get on these lists: they are extremely powerful drivers of organic traffic, even if you only nab a top spot on a subcategory like Games > Strategy. Only download numbers seem to contribute to ranking in this list. Colloquial wisdom states that being in the Top 10 will net you about 50% of the downloads you need to maintain your position on the list, and being in the Top 25 will net you about 30%. While these are rough numbers, they show that simply being on a Top list alone is not enough.

However, an elusive but more valuable way to get discovered on iOS is to get a coveted Feature spot from Apple. You might say that it isnât realistic to make this a goal, but the potential payoff makes building this goal into your launch worthwhile. While getting Featured is entirely determined by the whims of Appleâs staff, the following is certain:

Discoverability on Android
Android discoverability is quite different, and reflects Googleâs history as a search company. Like Apple, Google Play drives a lot of organic acquisition through Top 25 lists and Featured placement, and these are a key goal of Launch. However, unlike Apple, a combination of variables determine ranking in the Google Play marketplace:

This reflects the second major driver of organic discoverability on Android: search. Your goal is to either establish a strong brand name that you can own (ie âAngry Birdsâ), or optimize your appâs launch around commonly used search terms in the genre (ie âphysics puzzle gameâ). Letâs jump into the specific launch tactics you should use for each marketplace. 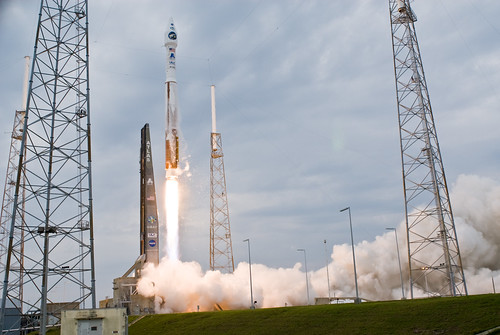 Launching on iOS
You canât control Featured placement, but you can control one thing: your placement in the Top 25 lists. The only thing that matters for this is downloads, either organic or paid. You want the biggest spike of downloads possible and thatâs usually within the first week if not the first few days of launch. Hereâs a number of tactics that you can use to maximize your big launch bump.

Press
By doing some prep work ahead of time, you can get press to review your game, giving you valuable exposure that can lead to social media buzz and significant downloads. To get press to review your game, you should contact them at least two weeks before launch. When approaching press about your game, make sure to do your homework. In your email to the outlet, you want to do the following to maximize your chances of a story:

Outreach
Next, you need to start building buzz about your game in the weeks leading up to launch. Be sure to give your Twitter followers and Facebook fans a heads-up that a new game is coming soon (if you donât have social profiles for your company, now would be a good time to start them). Start sending out teaser screenshots and maybe even a Youtube trailer: this bite-sized content is easy for your fans to share and serves as a great elevator pitch for your game.

Once launch day hits, everyone in your small social corner of the world needs to know about it. Post it on your Twitter feed multiple times over the course of the day. Post it on your Facebook Page and pay to Promote the story to all of your followers. Engage in conversations with your fans about the game, and keep them abreast of any bugs or problems. Be sure to thank any fan that says they downloaded the game or reviewed it. Lastly, reach out to applicable friends and family and ask them to rate and review the game with 5 stars. This will take the whole day, but the result is a big boost to your social media buzz, your downloads, and hopefully a good bunch of 5 star ratings. This is crucial for a successful launch.

Paid acquisition
If youâre looking for a little extra boost and have money to spend, consider buying traffic within the first week of your launch, or even for launch day itself. This needs to be set up in advance and typically will cost between $0.50 and $1.50 per install, but this boost can give you the extra edge you need to break the Top 25 list. Deciding which paid advertising to buy is such a big question that weâd need a whole nother blog post to explain it fully, but hereâs the cliff notes:

Launching on Android
Letâs be honest, the âLaunching for iOSâ section above could cover launching on Android just as well. Thereâs a lot between the two platforms that are similar when it comes to launch, but remember that we do have slightly different ways of achieving our goals on Android. On iOS, the goal is to get as many downloads as possible and push, push, push. With Android, youâre actually better off getting fewer, higher quality downloads that wonât uninstall (while still aiming to get as many of those as possible). Letâs examine some of the key differences from the above strategy.

Press
This is largely the same as before, but in addition to generic âgames and appsâ press, you want to go after the Android blog network. Android users pay significantly more attention to their cadre of bloggers than iOS users, and significant traction in these circles can pay off handsomely. To get their attention, you can use the same press tactics as mentioned above, but I would recommend being even less sales-y. These guys are often more indie than corporate, and so treat them like a fellow Android fan rather than a business person.

Paid Advertising
Unlike iOS, doing a big paid advertising push to accompany your launch can backfire on Android. The goal with Android is to find high-quality users that will be less likely to uninstall your game, so your best bet with paid advertising is to start the campaigns small and optimize them before scaling them. Instead of trying to generate a big bump at launch, you should use paid advertising to maintain or increase your ranking over the long term. A long-term campaign with large ad providers or self-serve ad services are the two avenues that are most aligned with this goal.

Conclusion
Whether you're launching on iOS, Android, Facebook or web, thinking about launch ahead of time will give you a key advantage over competitors, and hopefully this guide has helped you do just that.