Indie Games: Is Money the Measure of Success?

I was recently having lunch with a group of old friends of mine.  We were catching up on each others careers and families as one does at such gatherings.  And when it came to me I was shocked to learn that my friends considered my latest venture a failure.  And all of them of course had "real" jobs and careers.... but I should probably back up and give some context.

I have been fortunate to have been creating indie games off and on for the last 20 years or so.  In that time there have been as many ups as there have been downs.  I have been lucky to make several friends of both fellow developers as well as fans of my work.  I have also seen other people's lives ruined and marriages ended over the stress and time constraints involved.  And yet at its best, there is nothing better than creating that new game.

Early in 2015 I created a new indie company, Fair Weather Studios, with one of my long time industry partners who had also at one time been my roommate in college.  We had both come off of a tragic vaporware project using Unreal that had taken up years only to get scrapped half way through.  The experience had left a bad taste in both our mouths, and we were looking to start fresh.

We decided that to make our fresh start we were going to switch over to and learn the Unity engine.  It had been getting a lot of good buzz and we wanted to see what a couple old hands could do with it.  We debated over a half dozen projects we had talked about in the past and never made.  In the end we decided to make vertical space shooter.  Games of that style are some of the quickest to create a minimally viable product and we didn't know how much work this was going to take in a new engine.  Also, space ships require minimal animations which meant that we could bypass going too far down the animation rabbit hole and focus on the core aspects of the game engine.  And with that Bladestar was born.

With Bladestar we wanted to make a game that used modern game mechanics but still had the feel of really old school shooters, more like Galaga or Space Invaders than anything bullet hell. To be skill based rather than memorization based.  Also, even though we were an indie development studio, we wanted the project to feel as polished as possible. We wanted to learn our memory management limitations.  And we wanted the whole thing to feel epic and be lots of fun.

Our number one priority was to ensure smooth controls. While good control is important in almost every game, in a reflex oriented game environment every success and death needs to feel earned. We spent a large portion of the early development cycle testing and retesting the control scheme until we got it so it felt right to all of our testers, and worked equally well with a gamepad or with the keyboard. For a player to feel in control you need to give them a good control scheme. On the bright side, our feedback since launch has been overwhelmingly positive regarding the controls, so all the hard work perfecting this paid off. 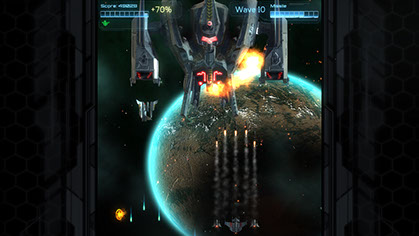 Our second goal was variety. We wanted to be sure that the game was not an exercise in memorization that you could play with your eyes closed. This meant a series of unique procedural generation systems to dynamically create the enemies on every level. In addition we wanted each overall world to feel unique. We wanted the player to learn enemy patterns as they progressed, so we made sure that later worlds had a mix of new enemies as well as units from earlier levels that would be more familiar. This allowed us to give each world, or set of 10 levels a unique character, while still allowing us to generate a unique experience on each play through. Combined with the solid controls above, the player is really rewarded for their skill as they play as the challenges stay fresh.

Finally, we wanted to create a cinematic feel. As a small studio this was probably the most difficult task. There are three CGI movies in the game (the trailer and two different endings) which were all done in house. Our artists worked very hard to ensure that the effects were bombastic and polished, that the whole thing felt like you were a fighter in a space opera. We spent a considerable amount of money to get professional voice actors to fully voice the story portion of the game.

And I'm happy to report that overall we mostly met all of our goals.  The game was well received by both players and reviewers, earning an average rating of 70% to 80%.  We had successfully created our first Unity game and everything on our list was done.

Oh wait, but the game was a huge failure.

And so now is a good time to rejoin the conversation I was having with my old friends.  You see, the game lost money.  In fact, it lost a LOT of money.  At the time of this writing the game has been released for six months, and in all that time has only made back HALF of the money on just the voice acting bill.  And as anyone who works in game design can tell you, there are a lot more bills than just paying the voice actors. 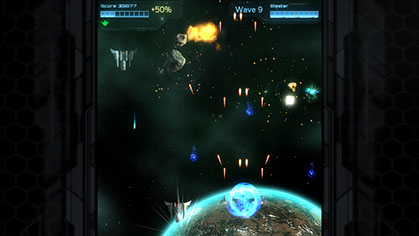 But, looking at my long-winded description above, you will see that for our first project we had made an important omission.  One of our stated goals was not "make lots of cash".  And not having ever set a financial goal our monetary fate was predictable.  We were so focused on creating something new that we neglected that we were a for-profit enterprise.

We did not operate on strict timelines.  We were trying to learn Unity, and that was going to take as long as it needed to.  We wanted an epic feel, but there is a reason budget shooters do not come with CGI movies, voice acting and lots of bells and whistles.  As we created the game we were always learning more and pushing ourselves, and so fell into a feature creep trap.  I was so focused on what the goals for the project were that I became myopic in seeing the larger economic picture.

Now I have been in this business a long time.  I know that one title that bombs can ruin your career in the industry forever.  And I recognize that I am very fortunate that we went into this game with financial safeguards in place.  Not all of my peers have always been so lucky.  Still, this got me to thinking: how does one define the success of our creations? 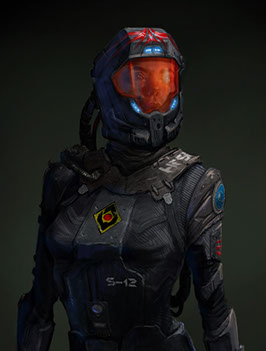 Is a successful game measured by the development of the developers?  Is life really about the journey and not the destination?  And on the flip side, if a game makes money but ruins the lives of its creators, is that a success?  Still, game design is inherently not a solipsistic affair... you want someone to play your games after all.  So maybe...

Is a successful game measured by the player experience?  If the majority of your players really enjoy their time with your game is that success?  And yet, at what cost does player satisfaction come?  Does a game that players overwhelmingly enjoy but that bankrupts a company a success?  Run that kind of industry and the investors are going to stay far away, and then no games get made.  So maybe...

Is a successful game measured, really, by how much money it makes.  Is the bottom line the only line?  Is a game that is a chore to make and no fun to play but turns a profit a success?  On the flip side if the creation of a game pushes the skills and imaginations of a development team, and then that game is well loved by players, but the game loses money.... is that really a failure?  Am I ever going to stop asking rhetorical questions?  And what IS the meaning of life?

In the end I created a game that lost money that my friends who are not in the industry are sure makes it an objective failure.  Indeed, I created a game that some of my friends IN the industry are sure is a failure.  I don't know that I agree, although I concede it is a common point of view.  And having my creations judged primarily (solely?) on the ability for them to make lots of dollars isn't going to go anywhere. 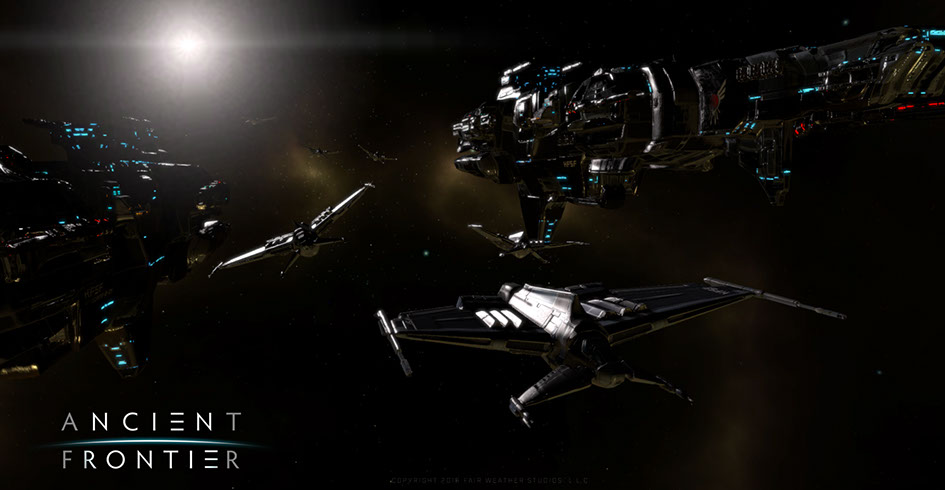 Now, I am no pie in the sky idealist.  The fact of the matter of losing so much money on the first game means that the dream lives on, but that now the dream is caged by realities.  We have to be much more careful with what polish is worth the money to include on our current game.  We constantly have to fight against feature creep to stay on our timelines.  Top to bottom on the business side of our indie company we have had to incorporate discipline.  There are budgets and taxes and bears, oh my!  I just hope the final product isn't impacted too much.

Even with all of the above lessons learned I am chastised for not really learning my lesson.  I am, after all, making yet another game.  And our team jumped in feet first enthusiastically on this next project (Ancient Frontier, due to be released first half of 2017).  And in the back of my mind I wonder, will it fail, and by what measure?