We're all familiar with feature bloat. You think of a great new idea that just has to be added. Or after receiving feedback, you come up with an over-complicated way to resolve issues mentioned. The fact of the matter is, games tend to get bigger over time.

The worst scenario: you start developing a new feature, you put work into it, and then you realize that finishing the feature will be a LOT more work than you expected. You feel stuck because you don't want to waste the work you've already done, but also don't feel capable of completing everything you added.

It's easy for this to happen - and all too easy to add new features. What's a lot harder is really looking at the design and deciding where and when it is time to cut something. You worry about crippling the design, and if the rest of the systems will work properly without those elements. But it can be done, and can actually make the game more streamlined (and probably better).

I recently made a tough feature cut - I cut out a component system which allowed customization and interesting design choices for ships in a fleet-management game. We had a decent amount of progress on the system, but I realized that it would end up adding a lot of complexity to other systems and the user interface. It was definitely an interesting feature - but at the end of the day the game was about managing a fleet of ships - not micromanaging individual ships. Having one fixed action (build, repair, attack, etc) and fixed capabilities per ship is not only a lot easier to code, but also a lot clearer for the player, who doesn't have time for much micromanagement. 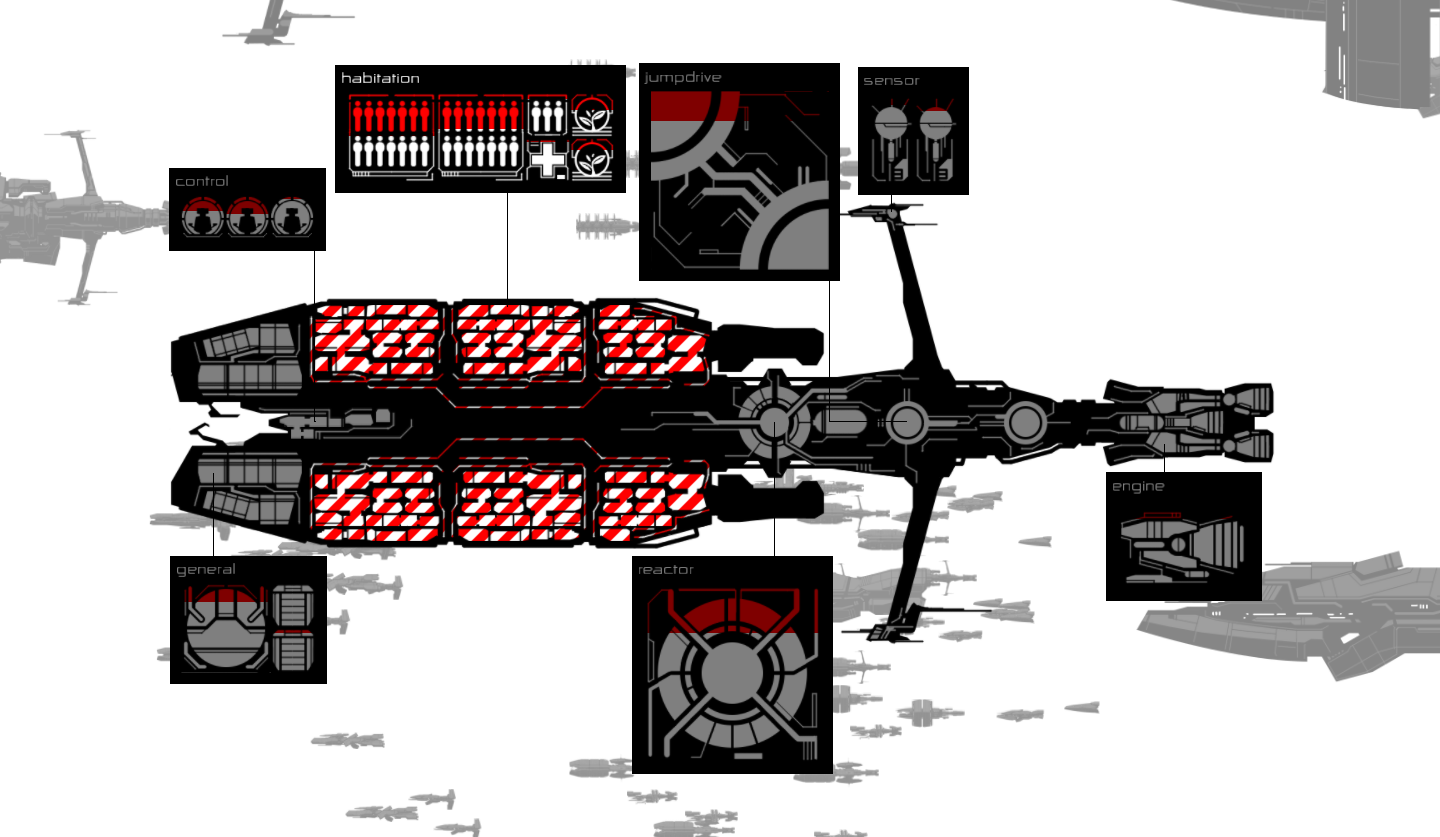 Wait... I have to keep track of all of these components for every ship?!?

Keeping in mind what the core of the game actually is, and how different features add and subtract to that gameplay, will definitely help curb feature bloat and keep your project focused. However, we all make mistakes, and when you realize you've made a mistake, know that it's okay to make a cut even if it means trashing work that you (and other team members) have worked on. It may end up saving you a lot in the long run (and make the game better as a nice side effect).