Game and film characters are always different each time. In game characters you have the added issues of keeping your characters light on their polygon counts while still delivering a pleasing look for the character. Another factor is the creative process itself. Does the project call for characters that are hyper-realistic or very stylized? It is a need that changes with each project; sometimes it shifts back and forth within the same project. In a perfect world, the writers and concept artists should have all this information for you before you start. But as budgets shrink, directors and producers are making the character artist do more of this. This is where Reallusion shines. Being able to make changes to characters and their wardrobe helps you get ideas to the client quickly. Without these tools you could waste hundreds of hours getting an idea the client likes.

GOZ for Reallusion’s Character Creator 3 (CC3) is a huge time-saver. At any time I can press a single button and see how the character will look with materials, clothing or props. And you can keep using this ability to transfer the mesh all through the sculpting process. I go back and forth constantly tweaking sculpts in ZBrush and doing test renders with Iray in CC3. It allows me to see the final product as I work. 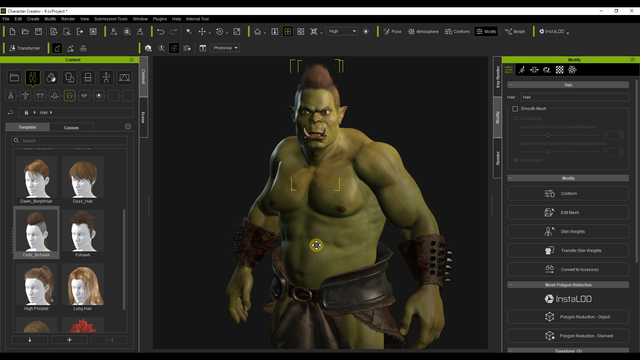 Poses are critical. Having a great character in a T-Pose can read as boring to a client. But, put them in a great action pose, and the client’s eyes will light up with excitement. And you can also do any facial pose to show the emotional range of your character at any time during its creation. This gives you a ton of freedom while you create.

As a solo Concept Artist, I have specific needs. I use CC3 Pipeline edition, because it lets me work with the greatest flexibility. I can switch out the clothing, the hair; change the eye color. Basically, it lets me do anything I want, but four times faster.

Also, if a director wants a radical change to the character, I can use hundreds of morphs or ZBrush to make the changes. I have had situations where a client was unsure about what they wanted. So I will do a video conference call and make the modifications to the character in real-time during the call with the director. Then I can store the character and show the client their ideas in different poses and moving during the call.

This level of responsiveness allows them to see options and pick a basic direction. Then, after the call I will go in and create the final polish on the character. It makes my life so much easier and it gives the client options that they get to see immediately. 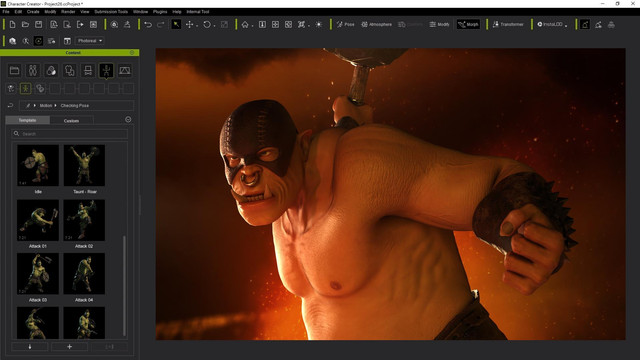 Another factor to consider is optimizing for group shots. Character Creator’s Gamify feature allows you to combine textures and reduce the material count used on characters. Or you can export everything as is with 4K textures. It is a handy tip that has served me both in film work and game development.

Use-case 1: it allows you to decide how many draw calls you wish to use on each character. And this puts you in control of the quality level for your characters in any view set-up, 1ST Person, 3RD Person, NPC, etc..

Use-case 2: it quickly allows you to make many many variations of characters for large groups that render efficiently.

For instance, in my sci-fi feature Freak, I want hundreds of modified humans in the background in some of the shots. And I hate it when Crowd Sims just switch out the texture maps and randomly set the crowd heights. With these tools we can make 25-35 unique variations and achieve the look I want in the shots. This would be an expensive option that most small studios couldn’t do—normally it would take too much time and money.

Another tip: I love using Unreal and Unity for rendering, but hate setting up materials. The good news is CC3’s Character Importer does all of this for you. Click a button and you instantly have a feature-rich character in Unreal or Unity. 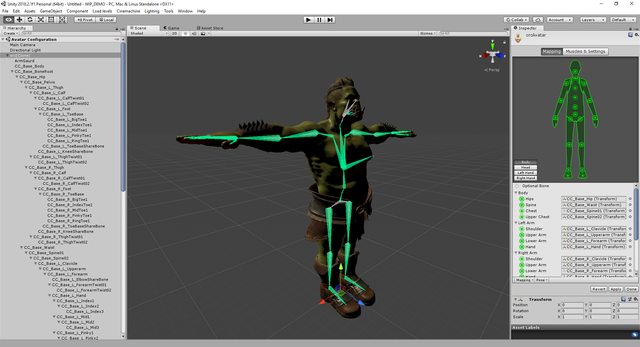 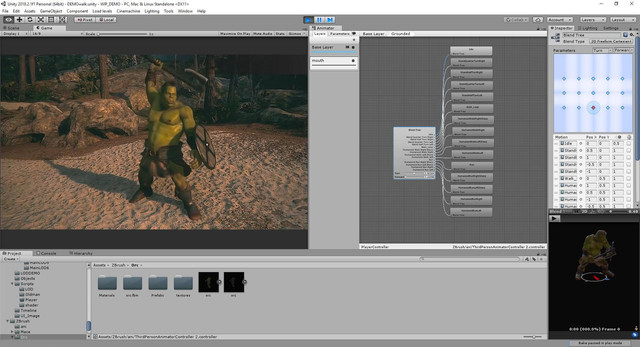 Taking a long-view on the situation, I can see a day where single-artist shops create films and video games themselves—without the cost of hiring a crew. This brings a lot to the future for artists. Imagine being able to prototype a film or game on your own, in a reasonable amount of time. Then you can use what you have created to acquire funding for larger projects.

For an artist who owns a studio like me, my wish is having a large group of scanned humans that can be quickly and easily modified. This guarantees having characters that look very real right from the start with me having to spend a fortune on scanning equipment and models. 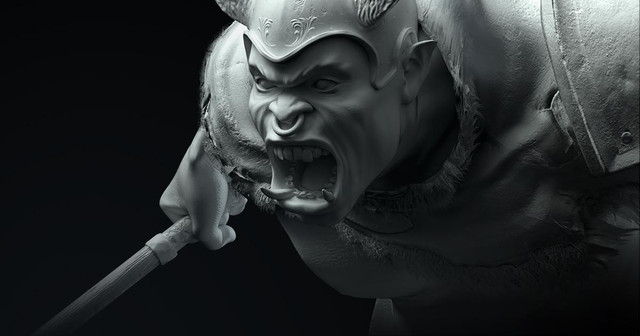 One of the new areas my studio is getting into is motion capture. Reallusion is excellent in this area. They seem to be able to use every mocap device we have researched. Including multiple options for facial capture. Although mocap hardware can be a pricey investment for a small studio, It comforts me knowing that Reallusion has my back with reasonably priced mocap software, Motion LIVE, that already works with our pipeline.

All in all, the future looks bright for Indie Game and Film Studios. With a good set of tools, I was able to achieve my goals, so other artists can too.