The Challenges of Cooperative Game Design


Cooperative games have become very popular with the rise of broadband technology and the ability to easily connect to people directly in game. Titles like Left 4 Dead, Payday, Forced and Helldivers, all let friends and random people a chance to work together with using unique forms of game design.

The genre is one of my favorites and I've spent more time than I can remember playing Left 4 Dead 1 and 2. With that said, the genre is a challenge to design for and there are some important considerations to understand and allow for when designing a game in it.

Before we talk about the concerns, I want to briefly talk about why cooperative games are so popular these days. The big point about coop versus competitive games (with exception to Left 4 Dead,) is the fact that it allows designers to create unique situations catered to a group of players working together, instead of having to create a symmetrical or partially asymmetrical experience in a competitive environment. We're not going to include massive team vs. team multiplayer games like Battlefield or Planetside in this discussion, because it's still considered a competitive play and the mechanics are usually not distinct enough compared to pure coop titles.

Left 4 Dead is unique by the fact that it has a second group of players working together to stop the first, which is why it became such a hit. In cooperative games, players usually start on the same page and will be offered some level of personalization or customization by the designer to make them stand out. Payday 2's skill trees and perk decks give players a wide range of defining a build that they can use for example. 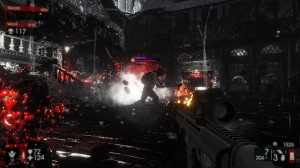 The beauty of cooperative games is that you can create very powerful skills for players that would be unfair if they were used against other players, but because they are fighting AI enemies, they're not going to ruin someone else's enjoyment of the game. With that said, let's talk about some issues with cooperative games.

Cooperative games are great because of being able to get people together to play a game, however they can be trouble when it comes to actually finding the time. For regular games, you are free to stop and start whenever you want and the only person who is affected is you. When you're playing a cooperative game however, you're affecting the times of everyone else playing with you and they're affecting you as well.

In Left 4 Dead, you need to find seven other people who are willing to dedicate the next 30 minutes to an hour to play a full game, if anyone drops out during that time, you're going to have to scramble to find someone else or the whole thing is over. Similar to the raids of MMOs, there is a commitment that goes into playing a cooperative game that you don't get with other genres and design. This is why it's vital that any game built around cooperative play needs to have drop-in and out multiplayer architecture.

Drop in means that players can join in while a game is going on without having to stop the game; while drop out means that if the host leaves the game, a supporting player can become the host and the remaining players will migrate to theirÂ "lobby" without missing a beat. If you're going to rely or allow your fans to host their own servers, then you need a server browser system in your game.

Our next issue has to do with the opposite of finding people, when it's just you playing a game.

Cooperative games are amazing because they feature design and situations that you won't see anywhere else. These types of games feature mechanics that are balanced around multiple people playing their games, however there is a big question to answer: What if you're playing alone? 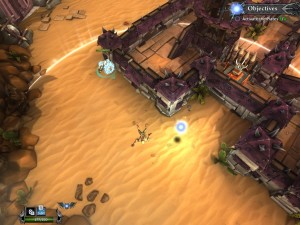 The problem with designing unique mechanics and situations tailored for multiple people is that they become a nightmare if you're playing solo.

The game Forced Â featured very unique and interesting game design built around working together, however the game was literally unplayable if you didn't have at least one other person playing due to how the mechanics were set up.

Trying to play Helldivers, the sheer number of enemy waves and attack types can shutdown one player very easily and were designed with having a buddy providing backup.

While it's easy to assume that your online game will be played by groups of people, it's important to offer single player concessions in various forms. The first one is having a tutorial or way to learn the game without the pressures of wasting other player's time; this could also be extended into a mini singleplayer campaign to get people up to speed before playing for real.

AI bots are another popular option, but their utility is always going to be worse compared to having real players joining you; as evident by Left 4 Dead and Payday as examples. The problem is that you can't make the AI too good or people will take them instead of real players, but if you make them too bad, then they will severely handicap the team if someone has to leave.

A great but expensive option is to design your game with scaling in mind; so that the experience is different based on how many players are currently in a match. In Killing Floor 1 and 2, the enemy waves change each round based on the number of players currently in the game, allowing a group of any size to be able to enjoy themselves.

Part of the problem with scaling however, is the fact that some designs simply can't be done with one person; going back to Forced and its unique gameplay. In this case you have two choices, either completely design a new campaign or situation for singleplayer mode, or resign yourself to the fact that your game can't work with just one player.

Speaking about one player, that takes me to the final point and the biggest challenge with cooperative games.

Cooperative games live or die based on their community and the more cooperative features you have in a game, the more vital the community is. If your game doesn't take off or isn't able to sustain a stable fan base, then you will have something that's even worse than a dead game, a game that has no value to anyone because they won't be able to play it without other people. 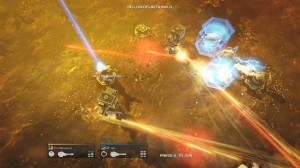 Helldivers features community goals and challenges to keep people playing and enjoying the game, but if not enough people play, then those features will be unobtainable.

Abyss Odyssey is another example, the developers touted community interaction and beating the game in order to unlock new content for everybody, but after the initial push from release, the player base dipped and there havenât been any big milestones since.

As mentioned earlier about Forced. without a stable community or friends to play with, I literally could not play through the entire game.

Because of the importance of a community, we're seeing more developers design cooperative games for the long term, such as Killing Floor 2's plans for long term development or Payday 2's extensive DLC and now microtransactions. Left 4 Dead 1 and 2 surprisingly did not get much in terms of post release support, even to fix some of the bugs found in the game.

You never want to see your Â fan base drop so low that there aren't enough people on to sustain the community, because it's not something that you can fix, but a sign that your game has failed. Once the community begins to die in a cooperative game, it's very difficult to bring them back; as we've seen with the trouble Evolve has had over this year.

Similar to the MMO rush and implosion of the 00's, you have to watch the market carefully when thinking about introducing another cooperative game to the mix. Just like with MMO's, someone can't play every cooperative game and will eventually settle on one or two that they will focus on. Being able to hold on to a stable fan base is key for your game to keep going.

Cooperative game design has become very popular and we're seeing more games come out with coop modes or simply being cooperative experiences. You can do a lot with the genre that you can't do with just one person, and with the age of digital platforms and distribution, it's a great time for the genre to grow.

(For posts and podcasts on game design and the industry, check outÂ Game-Wisdom, along with theÂ new Youtube channelÂ for daily videos. And myÂ Patreon campaignÂ to secure some much needed monthly funding.)