Ghost Recon Breakpoint: Another way to give the Intel to the players

Intel dispatch and acquisition in Wildlands

The information the players need in the Ghost Recon franchise is heavily linked with the military fantasy.

Special Forces are meant to search Intel in the world by all necessary means, from Interrogation to investigation, in multiple places.

In Wildlands, we tried to do that by giving to the player all the Intel position he could need just by entering for the first time in one of the numerous province of the game world doubled with a Radiocall that briefs the player on that province content. When the player gets an Intel, it can unlock: 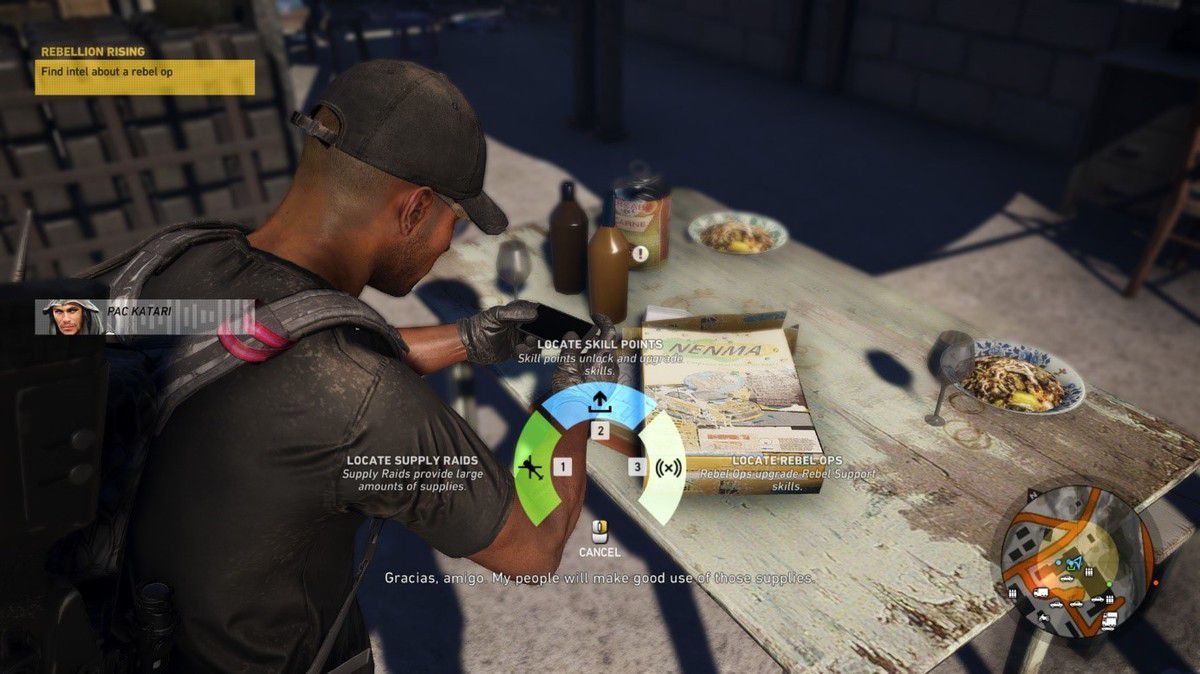 One choice and all the relative elements are displayed on the tacmap.

Why we wanted to change the system

Let’s face it: it is one of the exploration-killer aspects of the game and it did not involve any investigation at all.

The mission markers on the game map are a straight forward feedback. Once the player gets it, he will try to reach it in the shortest possible way. The players will optimize their path to spend the shortest amount of time traveling.

The mission markers don't let the players look for their own path through the world.

By doing that, the players will miss opportunities of discovering the world and its mysteries because of the lack of visible gameplay opportunities.

The most important issue for us was that this mechanic prevented the players from really learning the world (names, landmarks etc.) and more generally from understanding this world, as there is no need to take decisions about the orientation and path to follow. How do we tried to solve this issue: the Intel Gathering System

In GR: Breakpoint, we tried to let the players find the Intel and consequently, find the next mission step by themselves.

The main purpose here was to reward the players, by making them feel brainy and accurate when finding the next Intel where their instinct led them.

The player can start a mission with only a few indications like geographical hints or a description of a location. It is a nimble system that can manage a lot of information of different kinds (Video, Audio, Picture, Texts) held in a list of predefined Intel.

An Intel the player have to open ingame.

Those Intel will be dispatched in the game world on special holder named “Intel Source” that can be static (a newspaper, a computer, a phone, a pad etc.) or dynamic (enemies, civilians, mission givers etc.) 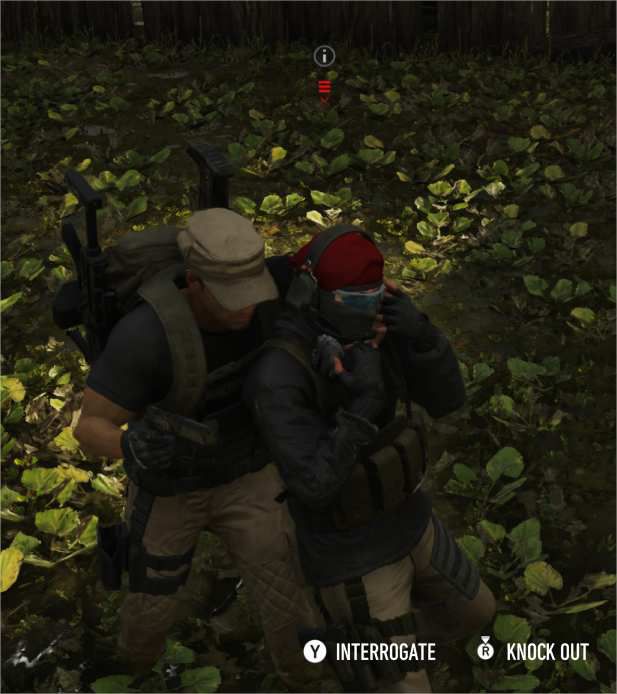 The IGS works as a logical chain of information: when the player finds Intel A, it spawns Intel B in the world and deletes all the remaining clones of A.

At the start of a mission, the Intels are really vague and you’ll have to find other intel to refine the mission information. Each Intel or Intel group leads you to the next mission step. Series of Intel that forms a serie. Each investigation use the series.

It’s an information-centered system that dispatches Intel in the world by following constraints and rules defined by mission designers.

We can go from a “Dispatch on the entire world” to “This specific source in this location” and the IGS will do the job dynamically while respecting the constraints the Mission designer has set. Therefore, the player follows the updated information, thinks, observes, deduces and finally explores and learns the world to find the next mission step or the next objective giving the feeling of being astute and efficient.

Efficient and straight use of the IGS

In Breakpoint, we mostly used the IGS as a guide but also as a tool to reveal new locations or weapon blueprints’ positions in the world.

Except for a few missions, most of the mission's Intel are geographical cues only but this system could be used in a stronger way in the future. The multichoice on an Intel source.

This system is really powerful and open so the IGS can be used in many ways like enigmas, alternate path information revealer or context or lore information channel.

In a greater frame, the IGS is designed for a full player agency open-world gameplay.

Imagine what can be done with such a system: a world that gives logical and hierarchical information to the player depending on what the player has done so far.

This system plugged with an IA that can monitor the player actions and choices could reinforce the “Leaving World” feeling. 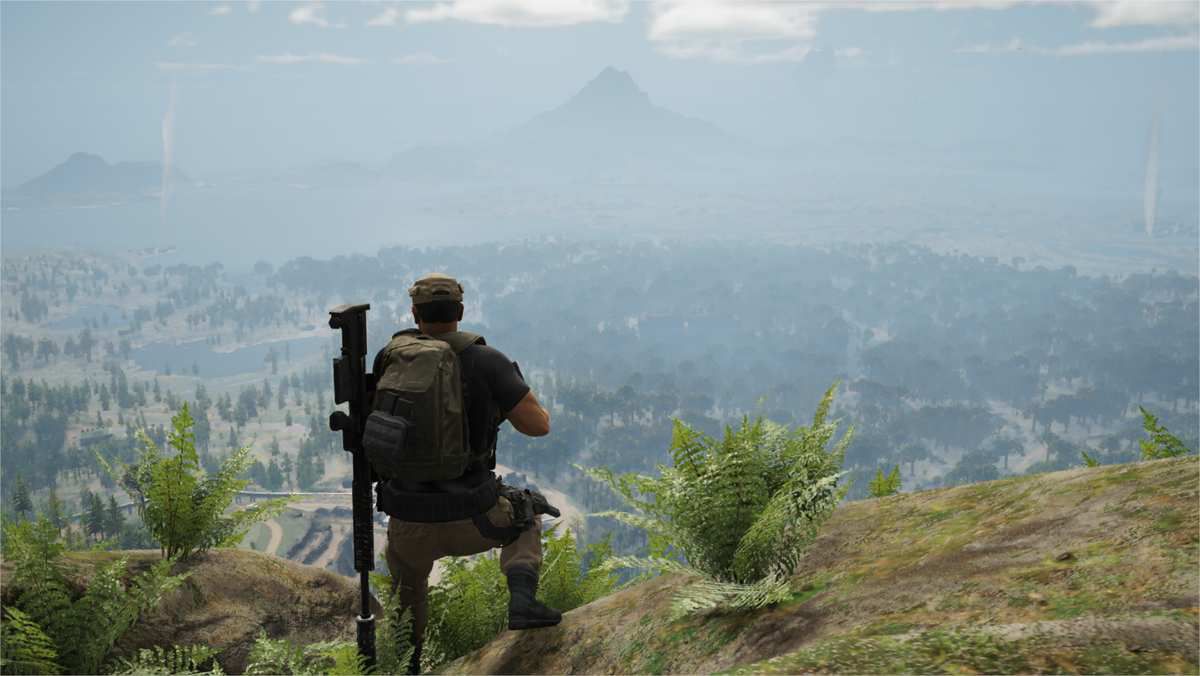 The open-world in Breakpoint.

The following sentence reflects my own beliefs only, but I think that an open world that is able to monitor what the player is doing to offer him the best missions and activities in real time is the future.

The directed, straight line, rigid built missions or activities are old-fashioned and so well-known by the player that they become boring. An emergent and systemic approach to the Open world is a good start but the difficulty is to inject strong narration in the cauldron.

It’s a real challenge for the near future and I personally think that a system like the IGS makes up for a strong part of it.