Ladies in CoD? Hell Yes - And why that's important

If you've seen the Call of Duty - Ghosts Multiplayer-trailer, you might've noticed this badass lady. 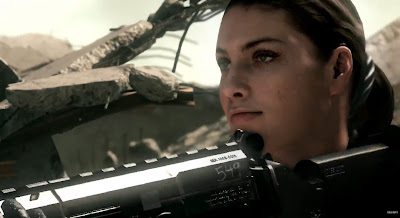 The trailer also heavily implies that you can create your own soldier, chosing and creating your own outfits. An option to go female would fit right in. 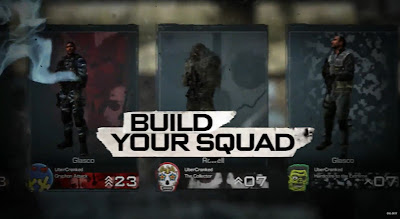 I fist-pumped the air - this game just got some serious good-will and genuine interest.

Because besides just being cool, having women in a game is important.

Not damsels, mind you - badass fighters, like everybody else in there. The only woman in Call of Duty so far had to rescued 10 seconds after being introduced, and is killed half a minute later anyway.

The badass female marine of Natural Selection 2 has shown how to do it. No frills. No "boob-armor". Just a regular woman in a sensible fighting-outfit. And she is awesome.

Because that's all we want.

Acknowledgement that women are there.

It's not that difficult, really. In fact it's comparatively simple, especially for a AAA-giant like Ghosts. Embarrassing really that it hasn't happened sooner.

You just put women in the game - that's it.

You don't have to give them revealing outfits.

You don't have to write special dialogue.

What you need to give them is the same consideration every other character has been given.

Just to be there.