Hoping that everyone is doing well and are having a great time making or playing games! This is part 2 of my mini blog series on Gaming Details, the aim for this mini-series is to get us as developers to think about how we turn these dull ‘non-game’ moments and make them serve the bigger picture. Make them enhance your game’s vision. For part 1 click here

In the previous part we talked about:

In the second part we are going to discuss:

So let’s waste no time and jump into it.

I originally had not planned to do a section on experience yet, while playing Final Fantasy XV I discovered another super smart mechanic used by the developers’ @SquareEnix now it is simple, yet it is an intelligent take on the leveling system. 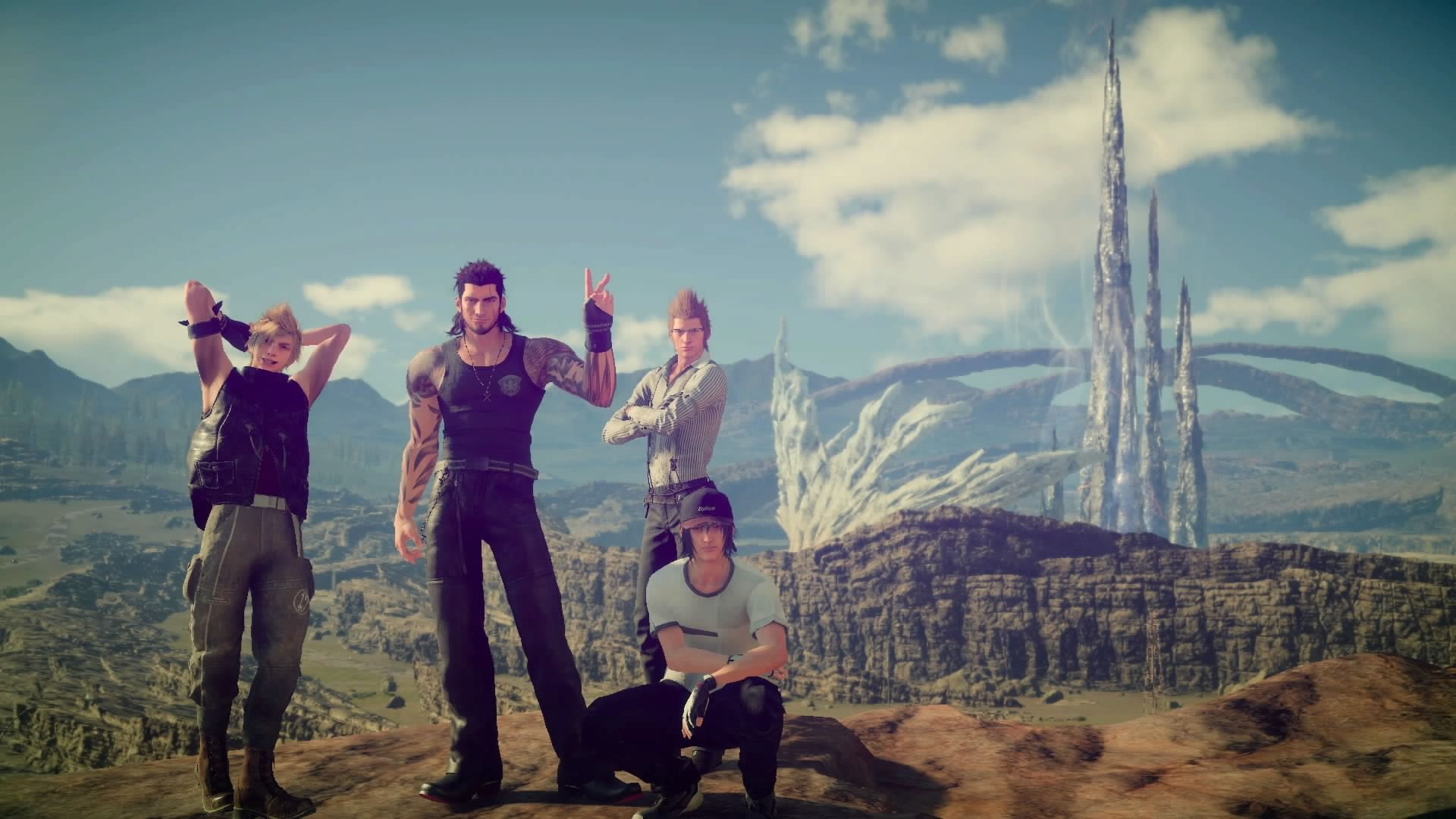 Like all RPGs you earn xp through quests, kills, exploration, etc (standard stuff) but the setting of the game (which is important for this awesomeness) is that you and your friends are on a road trip, so you have to camp under the stars or find a place to stay the night. Now it is how they merged this theme with the gameplay that makes this so special!

When players gain this xp it does not automatically go to the player, even if the player has enough xp to level up. It stores it away, to get that xp which is stored, they must camp!

Think about that for a second……….. Okay got it? So now it’s not this lame feature which is just there for storytelling, it has a purpose and makes players want…..Nay, need to camp.

I loved this and was blown away by it. Because now there are strategies to gaining xp. Because players can camp under the stars and gain no level up bonus multiplier, or they can pay in-game currency to stay at a hotel to get an xp multiplier of 1.1/1.5/2.0.

So like what I did a couple of times is just hoarded my xp until I had something like 30k and then stayed at a hotel to double my xp to 60k.

There are multiple videos on how to gain X xp:

There is still grinding in the game to gain this experience but they brought a new strategy element for players to think about when leveling.

Remember don’t just give something a story context, give it mechanical context to, because when they combine it is one of the most powerful tools out there).

Another game which handles leveling up in a risk-reward system is Bloodborne.

The developers’ @fromSoftware are renowned for their challenging design philosophy and letting go of the player’s hand. (I have not played much of the Souls games and believe they also use a similar system as Bloodborne. I have played Bloodborne so I feel qualified to talk about this, so if Dark Souls does use a similar system please let me know)

Instead of gaining xp players gain Blood echoes from each kill (depending on the difficulty of the enemy will determine how many blood echoes players get from that monster). Now it is what you as a player can do with these echoes which makes players choice so strong, as these blood echoes are used as in-game currency to purchase items or to level up the player's character. Now players have to make a tough choice, do they purchase items such as bullets which they no will come in handy to help them short term work their way through this level or to level up which in the long term will be more useful.

Now you may be thinking, man this is already a tough choice, I am unsure what I would do if I was a player, well wait there is more! And it does not make life easier.

As mentioned earlier, you collect these blood echoes from killing enemies. Then you go to this vendor aka The Doll who cannot be found just anywhere in the game, she is only in one area called Hunters Dream which players can only teleport to once they are at/discovered a lantern: Again another choice to the player, do they go see The Doll and risk coming back to this area swarming with monsters which they have just killed. This is not even the most interesting part of their system!

It is what happens when players die that make the choice truly a tough one. So when a player dies once, the player loses their Blood Echoes do not fret, all is not lost. On your first death players can travel to where they last died and collect their Blood Echoes but if they die a second time then those echoes are gone for good! So now here comes the ultimate risk-reward choice, when the player arrives at a lantern do they go see The Doll with the Blood Echoes they have or do they risk going further to kill more enemies to get more Blood Echoes but the risk of losing them due to death increases.

A brilliant risk, reward system here which has lead to some brilliant rage quit moments on Youtube. Overall it has given the player the choice to make which leads to a more engaging experience, this sync up with their challenging philosophy.

Those are two example of how developers are mixing up the leveling system and how it enhances their game for a gameplay mechanic and even gets player thinking about how they level, which is a fantastic game loop within itself.

The controller layout is super important and is part of what many devs refer to as a part of the Three C’s. A lot of time will be put in this, into the feeling of the controls, how intuitive it is, is it too stressful, easy to read and feedback (with the lightbars in PS4 controllers and vibrations). Yet one of the things that we do not always see is controllers, being used to deliver emotion.

In my opinion, this can be done, after playing Brothers: Tales of two sons I was blown away by how I felt (near the end of the game) by pressing a certain button. Spoilers a head here is the controller layout for the game:

As you can see the left side of the controller is for the Big Brother ‘BB’ and the right side is for the Little Brother ‘LB’ which mean players have control over both brothers. So you progress through the game solving puzzles, each character having their own ‘special ability’. Big brother can lift heavier items, Little brother can squeeze through small cracks.

These are kind of standard things but again it is how it mixed these abilities and the controls together which is what makes the magic. So the little brother cannot swim, so players must bring the brothers close together and use the ‘Left Trigger’ as the BB to help the LB swim. 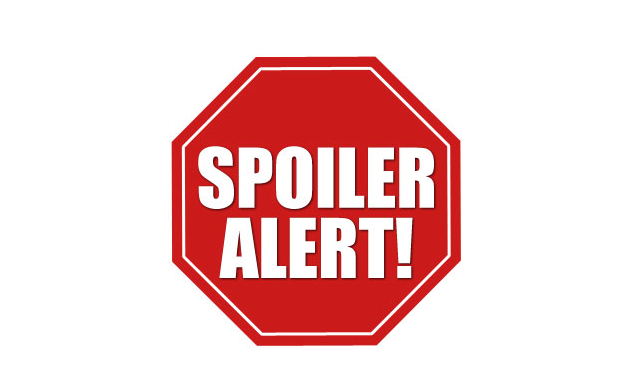 Big brother sadly dies, near the end of the game. So this is sad because we have lost a character but the game is not over, no now as the little brother makes his way home. Players are no longer using the left side of your controller, which represents the emptiness of loss that little brother is feeling. That we have all felt after a loss, we can no longer speak, or touch or lost ones.

Then the final hurdle stopping little brother from reaching home is a river, which has an extremely fast current, in a storm. So if you swim you can see LB struggling, but if you press BB trigger LB starts to swim with much more ease.

That there to me is very smart as if this button is LB trying to call out for help from BB despite him gone and remembering what he taught him during their adventure.

(Now this controller layout really achieved its goal of delivering an emotional impact however, these controls were tricky at first to get your head around. After completing the game and speaking to others I do not think players ever fully mastered these controls, they still made small slip ups to the very end. So if doing something like this, try to make the controls as easy to use as possible. Controls are how we interact with the games, a slight delay after pressing a button to trigger the movement of a character can cause frustration. Just something to keep in mind)

Thanks guys, this concludes Part 2 of Game Details series, I will keep bringing these out as I discover more details that I think we should all praise and learn from. I do not feel you need to do all of these to make a great game, as these have to fit your design needs and the game you are creating.

Hope you have found this useful, if you want to send me examples of awesome details or just see what I am up to then you can: