Toward Better Readability in Adventure Games The problem with adventure games wasn't ever their content. These games featured some of the most compelling characters, interesting settings and best humour in the history of interactive entertainment. Given how often the absence of these in modern games is criticized, clearly something else was responsible for their decline in popularity. Gameplay was the downfall of adventure games.

Telltale Games are the modern flagbearers of commercial adventure games. Looking at their games, it's clear they sought to address some of the readability issues older adventure games had. In the Sam & Max episodes, there is only a single contextual action that can be performed on any object. Inventory items are removed when all their interactions have been performed and there are no red herring items (items you can pick up but are never used). Additionally, by creating shorter games with smaller still scenes in each of those, the amount of possible interactions is made more manageable.

But the most commendable improvement was adding an in-game hint system in the form of Max. There was an option slider to turn hit frequency from never to often. This allowed the player a way to move past being stuck without having to resort to GameFAQs (which, once used, becomes very easy to return to). But as successful as Telltale has been, I wonder if there are some fundamental limitations on how most adventure games are structured.

Adventure games still have linear, unchanging stories. They're not very meaningfully interactive. Some amount of story will occur, the player will be gated until they can solve a series of puzzles, the next bit of story will be parceled out. Repeat until conclusion is reached. If all you want to do is create a linear story, then you're wasting your time trying to make a game of it. Film, theatre, literature; all these do a far better job of telling linear stories and honestly, I think they always will.

For many, I don't think the payoff for adventure games was the interactions as they were implemented. If the payoff from old adventure games really was using verbs with sprites and managing an inventory, then they're not worth saving. But if the satisfaction came from them being non-violent, intellectual games with compelling characters and settings, then there is something there worth preserving.

The notion that most needs throwing overboard is the designer saying the player will move through their story jumping through hoops X, Y and Z. This model leaves no space for interesting dynamics to arise. We need to scuttle this thinking and instead look to create a smaller set of mechanics they can be utilized in interesting way. The Last Express is a very good example of how to create a non-linear adventure game without sacrificing an engaging story. I could write this much again just about it, but to avoid abusing your eyes further, I'll redirect to Chris Remo's excellent write-up on Gamasutra.

This is the empathy I was talking about before. We need to understand that while a great linear story may be interesting for us, there's no guarantee it will similarly engage the player. And it certainly doesn't play to the strengths of our medium. Why must adventure game puzzles only have one solution? Why must every one of them be solved to continue? Why must the player's agency be wholly illusory, with them being unable to make any impact on the story? Adventure games succeed despite their gameplay, not because of it.

The other component is making sure new adventure games don't fall prey to the poor readability of their predecessors. Playtesting games without clear skill progressions (i.e. non-combat games) is doubly important. In his GDC talk about puzzles and interaction design, Randy Smith presented what he called the > 99% problem. Namely, the combinatorics of puzzles make it so that the puzzles need to be solvable by nearly everyone. Some might naively think that having any puzzle in a game solvable by 95% of players is satisfactory. The problem with this is at each puzzle 5% of the players are being lost, such that even if a game has only 4 puzzles, a per-puzzle 95% success rate means almost 20% of players won't be able to finish the game. To have a game be solvable by most players, each puzzle must be solvable by >99% of players. But it must be solvable in the way that makes the player feel clever, rather than feeling like the designer assumed they'd be too stupid to get anything that wasn't blatantly obvious. Testing and iteration are the only way to ensure this threshold is reached. 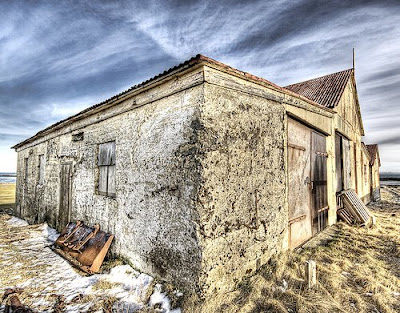 It's clear that adventure games, of both the text and graphical variety, have fallen from the prominent position they once occupied. Many blame the audience, saying they're lazy and stupid, and they only want bigger explosions and more guns. This is cynical bullshit and there is no way less crass to put it. If the audience is not interested in our games, we have failed to engage them.

If we want to bring these experiences to a larger audience (and this seems to be what nearly everyone wants, there's enough of a niche for free IF/adventure games), we need to create experiences that are readable and engaging. Sure, a sizable portion of the audience is only interested in bombs and boobs. But there are enough thoughtful gamers out there that would appreciate and support a new wave of intellectual, non-violent story-based games.

We're not reaching them through marginally interactive linear story games though. Reaching this audience requires creating games that focus on a smaller set of meaningful mechanics that give rise to interesting story-based dynamics. Providing understandable relationships that allow the player agency and decisions with consequence.

If we are not willing to create readable systems to support adventure games, I fear we will always be talking about the adventure games we played, rather than the ones we are looking forward to playing.