It’s no secret that the games market in 2019 is overflowing with competition, and while plenty of articles/talks have stressed what to strive for in such an environment, I haven’t seen a lot of specific callouts for what should be AVOIDED. After watching so many fellow indies continue to dive into “indie hard mode” by choosing themes for their projects that make marketing them (even more of) an uphill battle, I feel the need to call out some of these game themes in a more direct manner.

When I talk about “themes,” I’m using the term broadly; to me it mostly describes a collection of things like settings, tropes, and visuals that make up a game’s world. Theme is usually one of the first things you notice about a game, so it holds a pretty high influence on how easy it may be to get eyes looking at your game, and mouths talking.

As a quick disclaimer, I’m by no means saying any of these themes are inherently bad (a ton of my favorite games have these themes), or that there’s no circumstance where they are the right choice for a project. Quite the contrary, most of these themes are so widely beloved/useful that they do indeed provide a sort of comfortable entry point for a lot of audiences. Problem is, everyone else knows this too - and the more saturated the market is with a given theme, the harder it is to make yours stand out.

With all that said, here’s what I think are the 10 most common game themes that are best avoided if you are a bootstrapping, zero budget indie with commercial prospects. 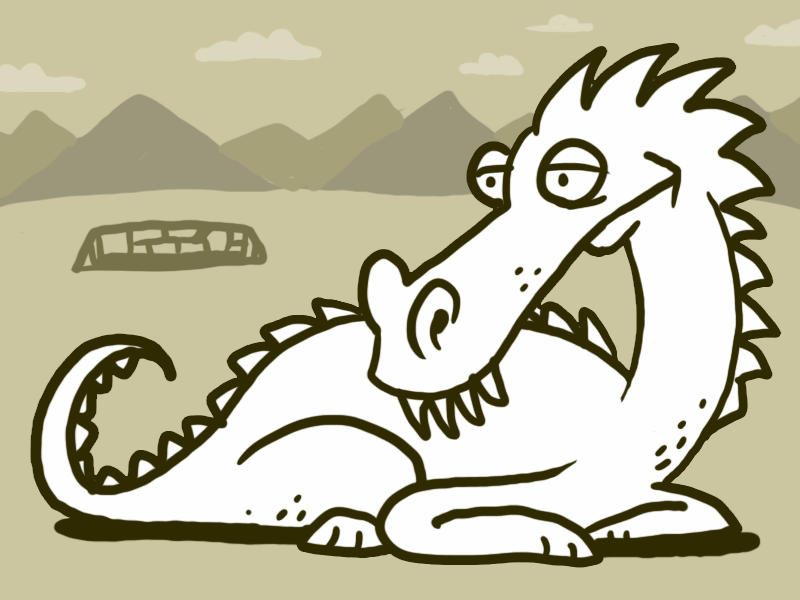 Let’s start with the most common and most obvious one. If your game features any number of dungeons and/or dragons, swordplay and/or sorcery, you’re deep in the fantasy trenches. No matter how dark or how lighthearted your version is, you can be sure there’s fifty other games that look just like it releasing the same week. 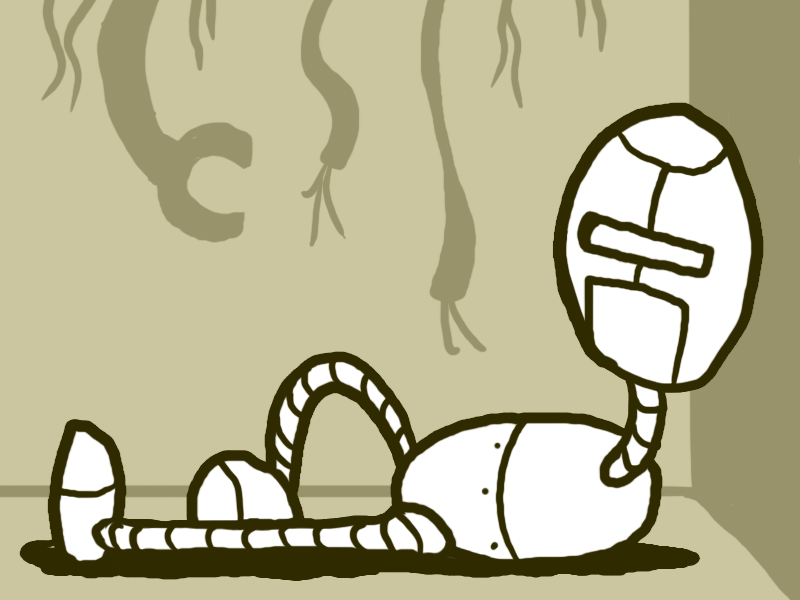 This one isn’t a theme so much as it is a simple recurring visual trope, but it’s common enough it would feel remiss not to include. For whatever reason, robots come up a LOT in indie games, whether they be misunderstood protagonists or mindless enemy drones. In any case it seems the more of them you have, the more eyes you can hear glaze over. 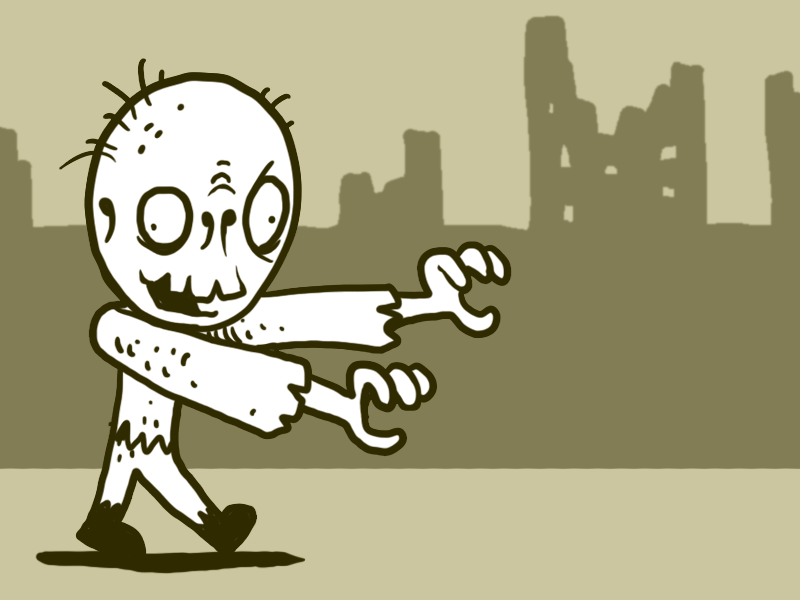 Call ‘em whatever you like; Infected, Walkers, Runners, Deadies, Eddies. Whatever label you choose, it’s not hard to spot them on any given release day. This one remains popular in the big leagues, but without that big league money, it’s hardly a safe choice. 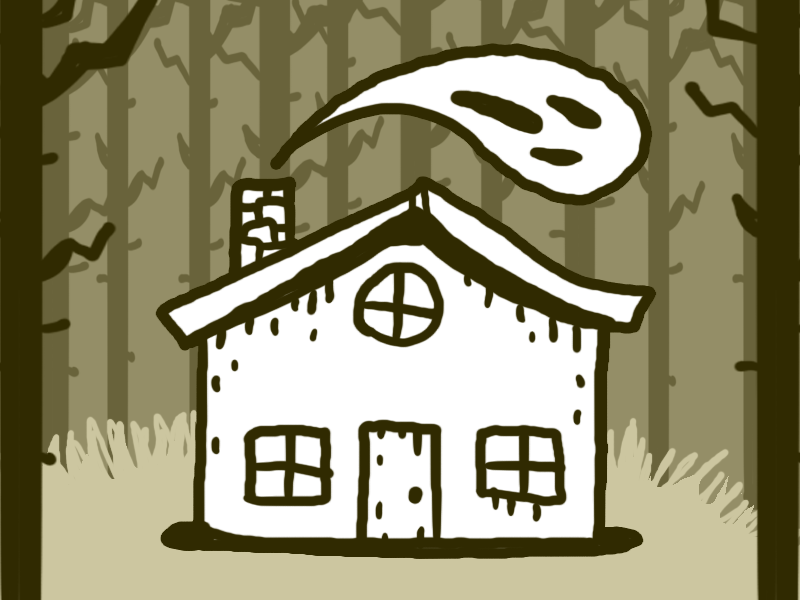 Your screenshots are varying shots of a first-person flashlight illuminating a small section of a bedroom in a spooky house, or a tree in the dark woods. Regardless of what else your game has on offer, there’s no way we can tell by looking at it. Houses and spooky woods are a dime a dozen in horror-land, and have a tendency of looking alike. Those gamma levels ain’t helping these ghosts be the most either. 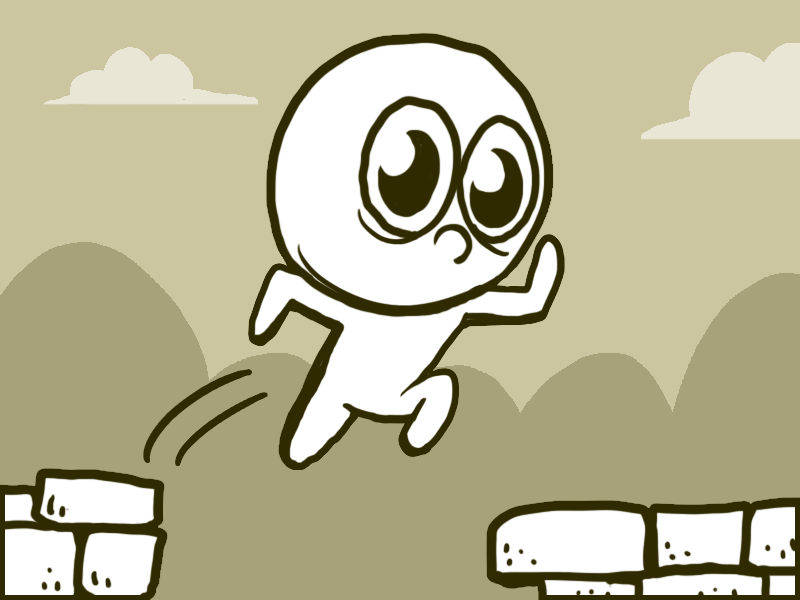 Does everything in your game have rounded edges (pixels not withstanding)? Is it always sunny and bright outside? Do everyday objects have wild and wacky proportions? Yoooou just might be a cartoon world. While there’s a wider variety of possibilities with stylistic themes/art, for whatever reason the most common tact seems to be putting a bunch of saturated round shapes on sunny greenery, resulting in what can often feel like a stock “cartoon world.” This one is particularly popular with the also-saturated platformer genre. 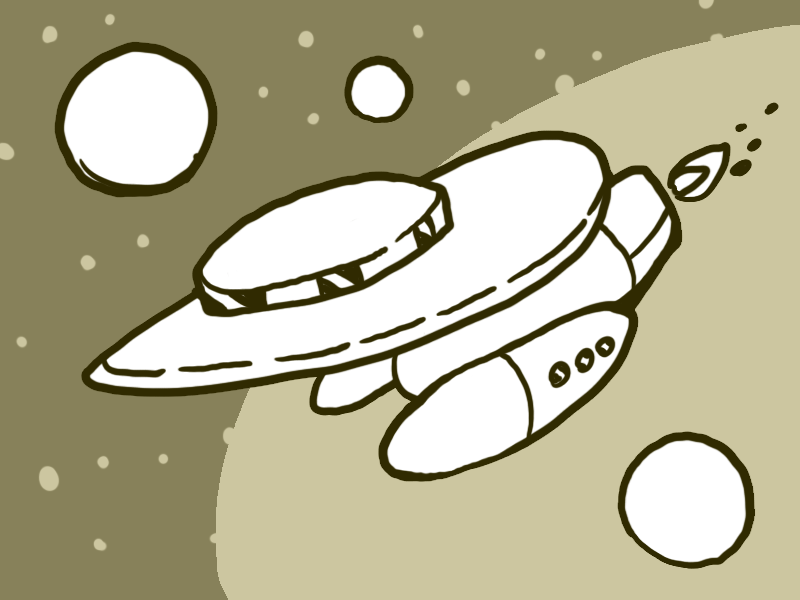 There’s a joke here to be made about the most unexplored frontier also being some of the most well-worn territory in the gaming space, but I’ll leave that to your imagination. Nonetheless, if your game features any number of alien diplomats, asteroid belts, ship-steering, and moon landings, you have surplus company. In space, nobody can hear you (on) Steam. 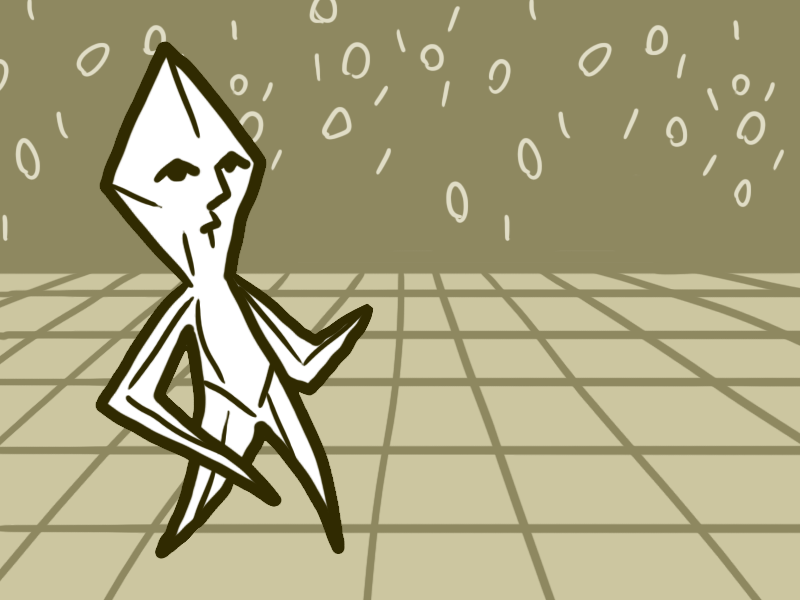 Whether we’re inside a simulation, a computer world, or the matrix, one can expect to see a lot of grid-lines, black voids, and neon lighting. While different games take slightly different approaches, it’s best taken in leaps since a green neon void and a blue neon void aren’t too distinguishable when they’re popping up on the regular. 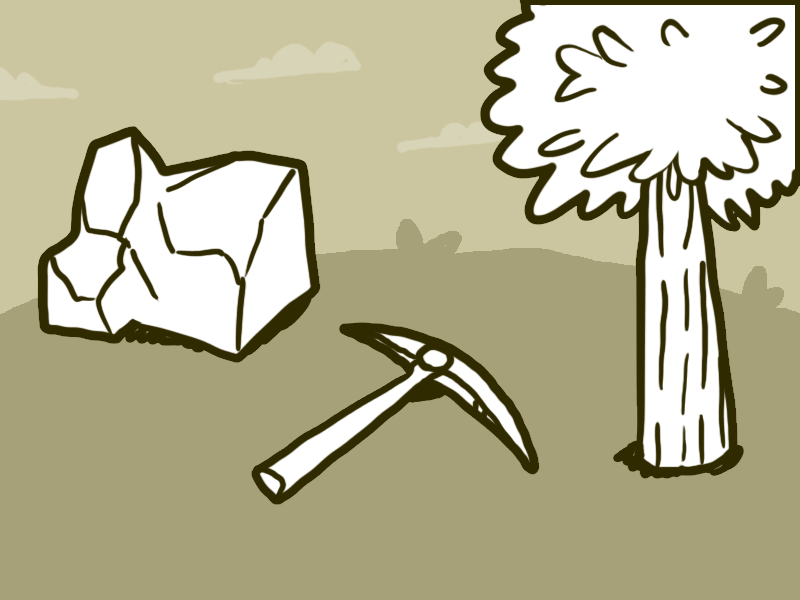 Pickaxes, trees, and a nearly context-free open field full of monsters. Where are we? It’s hard to say, but it feels like straight up Minecraft. This is strangely ubiquitous in the survival genre. Surely there are more varied settings to explore than that one green field when it comes to finding places to starve, and it never hurts to keep direct comparisons to massively popular household name titles at bay. 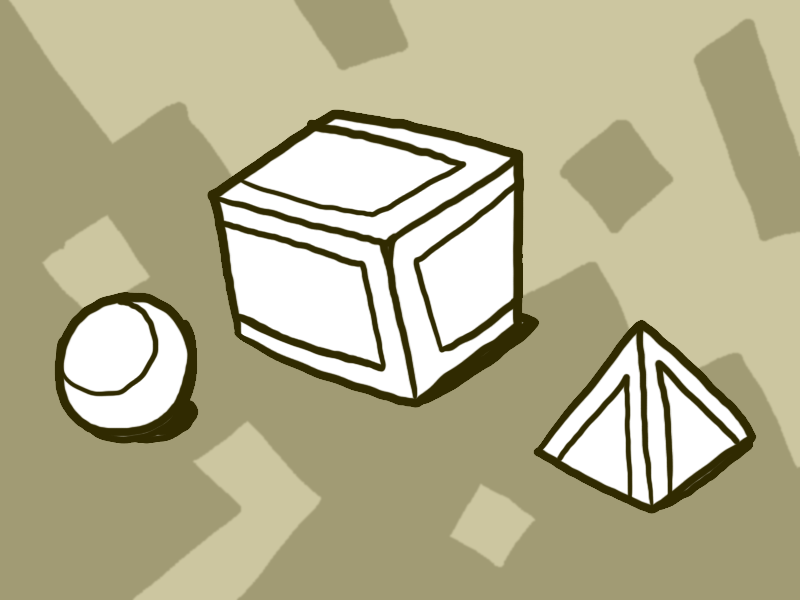 Puzzle games and logic games can be a hard nut to crack when it comes to theming, given their specific rulesets and abstract concepts, but far more often than not the theme folks finally land on is “abstract shapes in a void.” While functional, it’s hard to argue the end result doesn’t lead to most of these games looking visually interchangeable. 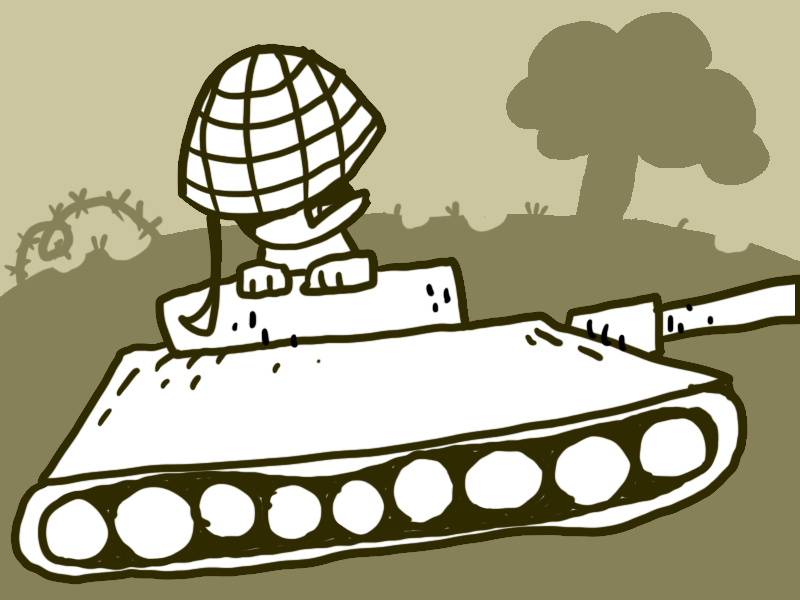 Finally, we arrive at one that isn’t as common for indies as it is for gaming as a whole, but is nonetheless a common default setting for games revolving around gunplay. A dry, militaristic setting is notorious for being very, well, standard. And in this market looking “standard” may as well be a death sentence for a rookie.

The good news here is that the world has no shortage of interesting themes outside of these ten, and there's even plenty of ways to make these existing ones feel fresh if you come at it from a different enough angle. But as I said earlier, if your game has one of these themes - just know what you set your difficulty level to.

Nick Lives is a co-founder/artist/marketing dude of indie studio Deli Interactive LLC, behind the co-op submarine roguelike We Need To Go Deeper. Follow me @SlickNickLives for more game devvy stuff!